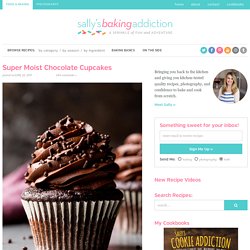 Penicillin. No new drink of the twenty-first century has gone further in terms of fame than this complex, spicy, smoky turn on a Whiskey Sour. 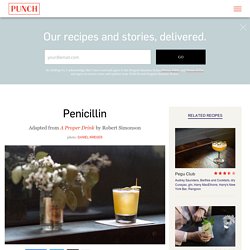 The Australian Ross created it while at Milk & Honey, just a year after he emigrated to the United States from Melbourne. “We got one of the earliest shipments of the Compass Box line in New York—Asyla, The Peat Monster, and two others,” recalled Ross. “I was playing around. PISTACHIO & RASPBERRY MACARON CAKE. After last week’s course at Miele, I was feeling very inspired and racing to get back in the kitchen this week. 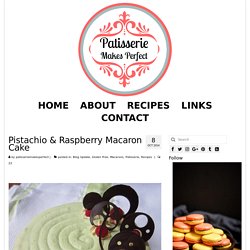 I decided to tackle something that I had wanted to make for quite some time and to make a return to true patisserie, not that I haven’t enjoyed the muffins and the biscotti. I chose a macaron cake, you don’t see many macaron cakes and after a quick google search, I predominantly found pictures and recipes for cakes, with small macarons stuck to them. Pierre Herme is known for making macarons of this size and the spiral piped design is one of the signature features of this bake. Gourmet Traveller recipe. Gingerbread At A Glance Serves 8 people 15 min preparation (plus resting) You'll need 700 gm (4 2/3 cups) plain flour 190 gm each light brown sugar and dark muscovado sugar 1 tbsp baking powder 1 tbsp ground ginger 1 tsp ground cloves 220 gm cold butter, cubed 180 gm golden syrup 2 eggs Method Process half of each of the flour, sugars, baking powder and spices in a food processor to combine well. 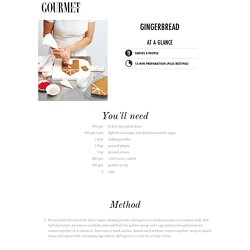 Passion Fruit Ganache Recipe. Want more recipes like this delivered to your inbox? 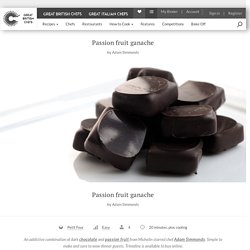 Sign up to our newsletter now and we'll send you a hand-picked round-up of the best seasonal recipes and features from the best chefs each week. We promise to never send you spam. We will always use your personal data in accordance with our terms and conditions and privacy policy . Thanks for subscribing. 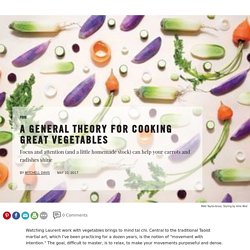 Central to the traditional Taoist martial art, which I've been practicing for a dozen years, is the notion of "movement with intention. " The goal, difficult to master, is to relax, to make your movements purposeful and dense. Tutorial: Éclairs & Choux Paste. According to The Chambers English Dictionary, at least in a pre-1970s version, an éclair is “a cake, long in shape but short in duration”. 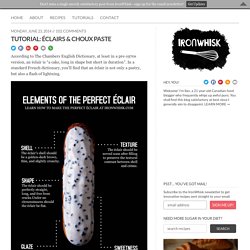 In a standard French dictionary, you’ll find that an éclair is not only a pastry, but also a flash of lightning. Food historians don’t quite agree as to why the pastry’s name means a flash of lightning in French—some believe the pastry’s moniker is a result of how quickly its eaten (“eaten in a flash”), while others claim its due to the fact that it sparkles when coated with glaze, like lightning. Regardless of its name, éclairs are undoubtedly delicious if made correctly. But they’re usually not. The Five Deadly Sins of Éclair Baking. Danish Pastry Dough. Danish Pastry Dough Makes 1.1 kg: about 25 pastries Prep 14 hours, including overnight chilling This is my favourite pastry dough. 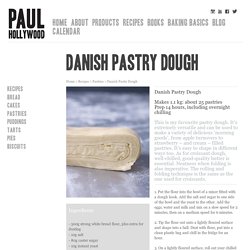 It’s extremely versatile and can be used to make a variety of delicious ‘morning goods’, from apple turnovers to strawberry – and cream – filled pastries. It’s easy to shape in different ways too. As for croissant dough, well-chilled, good-quality butter is essential. 1. Spinach & feta muffins. Best Homemade Eclair Recipe 110g butter 220C /190C. Mauro’s perfect pizza dough. The Fluffiest White Bread in the World Recipe. In spite of plenty of snobbery, tender white bread remains a beloved staple of cuisines all over the world. 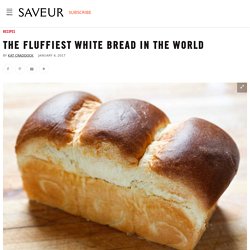 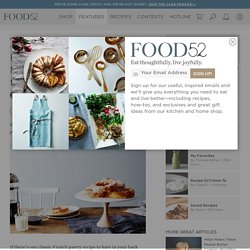 Healthy Granola Recipe. Sweet shortcrust pastry recipe. Chilling time 20 minutes This recipe makes enough for a 23cm round tart case, a 24cm square tart case, 10 x 6 cm individual tart cases, a 31 cm x 10 cm tart case or 24 tartlet cases (1 tablespoon capacity). Use to make lemon tarts. Place the sugar, flour and salt in a medium mixing bowl. Add the chilled butter. With your palms facing upwards, use your fingertips to rub in the butter until the mixture resembles coarse breadcrumbs. Sprinkle 3 tablespoons of the iced water over the flour and butter mixture. Bring the pastry together with your hands and transfer to a lightly floured, cool benchtop. Internal Temperature Cooking Chart, Internal Fahrenheit and Celsius Meat Cooking Chart, Whats Cooking America. Cooking thermometers take the guesswork out of cooking, as they measure the internal temperatures of your cooked meat, poultry, seafood, baked goods, and/or casseroles, to assure that a safe temperature has been reached, harmful bacteria have been destroyed, and your food is cooked perfectly.

Always follow internal cooking temperatures to be safe! A cooking or meat thermometer should not be a sometime thing. A cooking thermometer can be used for all foods, not just meat. It measures the internal temperature of your cooked meat, poultry, seafood, breads, baked goods, and/or casseroles to assure that a safe temperature has been reached and that harmful bacteria (like certain strains of Salmonella and E. Coli O 157:H7) has been destroyed. According to the U.S. This is the type of cooking and meat thermometer that I prefer and use in my cooking. Wilton Baking and Serving Guide. Pasta recipes. Lay your potatoes out on a rack and place in a pre-heated oven at 200°C.