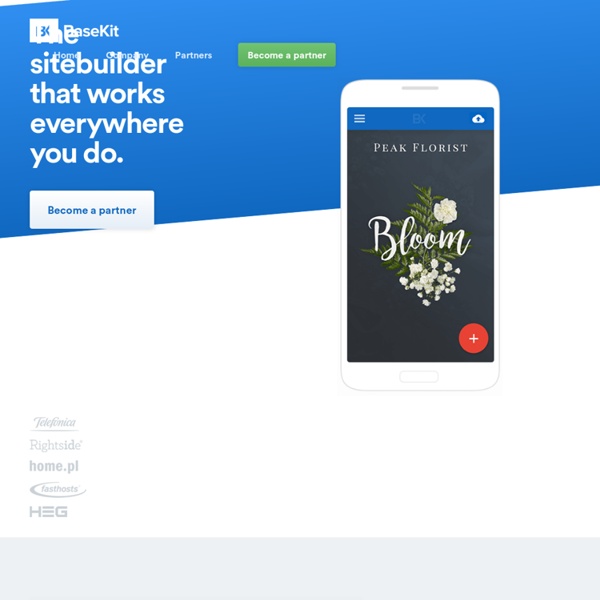 Calculating The True Economic Benefit Of Green Buildings Humans are shortsighted by nature, and humans in the U.S. may be more shortsighted than most, at least when it comes to environmental issues. We have an economic system that is often more driven by quick return on investment than any other developed nation, and as a result, longer-term investments like green buildings don’t get the attention they deserve. A group of green building professionals are aiming to change that with a project called The Economics of Change (PDF). When complete, it will provide a new investment model for green building that actually makes sense to the ROI-driven business world.

White Label Reseller Program White Label Re-seller Program Your Own Business Market your business locally, nationally or worldwide. E-commerce sales in the U.S. are expected to reach 262 billion for 2013 and are projected to grow to 434 billion by 2017. Automated Solution Clients purchase & setup resume websites automatically. Why Experts Can't Solve Big Problems Naveen Jain made his money in the technology industry, first as the founder of search company InfoSpace, and then as the founder of web security firm Intelius, which has in the past been seriously scrutinized for its questionable marketing practices. But Jain’s interests span far beyond search and security: He is on the board of Singularity University (a Silicon Valley educational program that has spawned startups like ridesharing service Getaround); he co-chairs the education and global development initiative at the X Prize Foundation; and in his spare time co-founded Moon Express, a startup working on a lunar lander that will one day be able to mine the moon for resources. We sat down with Jain to talk about philanthropy, entrepreneurship, digital doctors, and more. On solving big problems through philanthropy

Cultivating Charisma: How Personal Magnetism Can Help (Or Hurt) You At Work As a socially inept teenager, Olivia Fox Cabane realized that she had two choices. “Either confine myself to a desert island, or learn how to make this human thing work,” she says. Cabane opted for the latter. Good thing. By age 24, the French-born author of The Charisma Myth: How Anyone Can Master the Art and Science of Personal Magnetism, published on March 29, had addressed the United Nations. The following year she was lecturing at Harvard and MIT, a precursor to her career as an executive coach and keynote speaker. Oil Powered Thinking Last week the Victoria & Albert Museum in London (which has a new director, Martin Roth) staged a conference about Design & Risk. (The videos are online here). Its keynote speaker, the eminent sociologist Ulrich Beck, was on the committee of experts that, last year, persuaded Germany to abandon nuclear power and go for renewables by 2020. I was asked to respond with a talk about “design in transition”. The following text is a reflection on issues raised at the V&A event. Since Ulrich Beck published his book Risk Society in 1986, a powerful consulting industry has emerged to help global companies “manage” up to 500 different kinds of risk.

Leadership's Full Measure - Chris Meyer & Julia Kirby by Chris Meyer & Julia Kirby | 9:23 AM March 29, 2012 Sometimes, the measures managers use to guide their decisions stop making sense. Take television ratings—the metric by which TV shows live or die in an advertising-supported industry. Warm Showers, Friction, And Failure: Jonah Lehrer On The Keys To Creativity From Bob Dylan writing "Like A Rolling Stone" and Wieden + Kennedy founder Dan Wieden conjuring "Just Do It" to sandpaper salesman Dick Drew inventing masking tape, Jonah Lehrer’s most recent book, Imagine: How Creativity Works brings together a range of seemingly disparate cases of creativity in action. And it’s precisely the connections between unlikely people and things that make creativity happen, Lehrer argues in the book. The New Yorker writer, Wired contributing editor and author of Proust Was A Neuroscientist and How We Decide, breaks down the creative process from brain level to corporate level and illustrates how new ideas are sparked when people and companies are able to think and act outside of the usual patterns and make new connections. Lehrer writes about conceptual blending, collaboration across disciplines, and the importance of perseverance (but also daydreaming and showers) in the creative process. JONAH LEHRER: Where to begin?

10 Points On The Science Of Spreading The Word This piece is from a new PopTech Edition about harnessing social contagion for social good. Visit for more interviews, essays and videos with leading thinkers on this subject. 1. Interview with movement entrepreneur Jeremy Heimans, founder of Purpose.com Project Jane Margolies Home page of Purpose, a new organization that consults on the formation of movements and helps spur of few of its own.His mother wanted him to grow up to be a doctor, a lawyer or an architect, Jeremy Heimans says with a laugh. Instead, the Australian native became what he calls a “movement entrepreneur,” an expert in using the internet to build social movements around pressing issues. He launched GetUp.org, a grassroots organizing force in his homeland that has more members than all the country’s political parties combined, and he co-founded Avaaz.org, a global online pressure group (avaaz means voice in languages from Hindi to Farsi to Bosnian).

Can CSR Help Drive an Entrepreneurial Impact Economy? Shifting gears on corporate social responsibility from rhetoric to action. By Evan Steiner, Hub Ventures Impact investing is an emerging asset class focused on the flow of capital towards companies that align market incentives with scalable impact. Building Better Businesses By Closing The Happiness Gap If two magnets are separated by too much distance, they won’t have any impact on each other. But, if something helps move them a bit closer, they will gravitate towards each other and connect. Technology can be used in a similar way.