Oracy in The Learning Skills Curriculum: Rationale – ORACY CAMBRIDGE. By Dr James Mannion Ten years ago, I received an email from my head teacher at Sea View asking for volunteers to design and teach a Learning Skills curriculum. 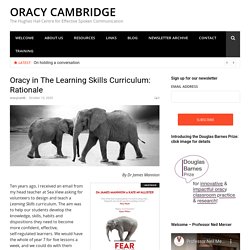 The aim was to help our students develop the knowledge, skills, habits and dispositions they need to become more confident, effective, self-regulated learners. Using stories in the curriculum — Mary Myatt Learning. Vanessa Woolf: Professional London Storyteller. Oral Narrative & Memory – An Evolutionary Story. This blog post is based on the short talk I gave at the #CogSciSci meeting at Westminster School on Friday 31st May 2019. 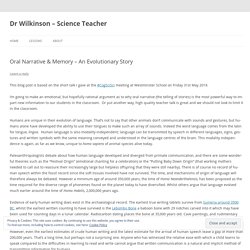 I’m going to make an emotional, but hopefully rational argument as to why oral narrative (the telling of stories) is the most powerful way to impart new information to our students in the classroom. Or put another way, high quality teacher talk is great and we should not look to limit it in the classroom. Humans are unique in their evolution of language.

Thinking Together, University of Cambridge » Resources for Teachers. This page has some resources for teachers and teacher-trainers to use to develop their own and their students' awareness of how talk is used in classrooms. Many more useful resources can be found in the books for teachers listed on the publications web page! For Teachers To Use With Children Thinking Together Talk Tally This a simple observation sheet which a child can use to record the kind of talk they observe when a group of other children are working together. Ground rules for talk: traffic lights This worksheet can be used as the initial basis for an activity in which younger children (6-8) consider together how to make their talk in groups most effective. (For more about 'ground rules' for talk, see the journal article Reasoning as a Scientist which is downloadable from the publications' journals page.) 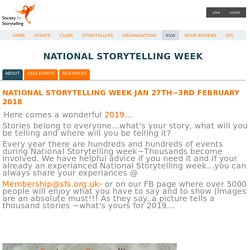 Stories belong to everyone...what's your story, what will you be telling and where will you be telling it? Every year there are hundreds and hundreds of events during National Storytelling week~Thousands become involved. We have helpful advice if you need it and if your already an experianced National Storytelling week...you can always share your experiances @ Drama And Oracy - Games and Strategies. 2c80ff_a9b4829e024f4c92b91798ec8f1aca54. Dramatic Science. 'How to help your class speak up in class discussion' “The name ‘Sudoku’ comes from Japan and consists of the Japanese characters ‘su’, meaning ‘number’, and ‘doku’, meaning ‘simple’,” explained the seven-year-old Chinese boy, in English. 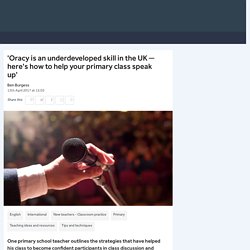 I was visiting Beijing, observing classroom practice in a variety of schools, when this small but confident young boy strode to the front of his classroom to face his 44 classmates and various strange adults. Not only did he impart his Sudoku wisdom, he also challenged us with various tasks along the way. He chose who would answer questions, and then followed that up by asking if a different child agreed with the previous answer.

The Sword of Wood. Email this page to a friend. 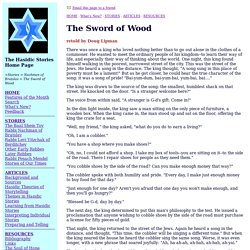 Eloquent, moi? An Article by David CrystalYale University Press London Blog. ‘Crystal’s passion for his subject communicates quite brilliantly.’ – Stephen Fry on The Gift of the Gab David Crystal is one of the world’s preeminent language specialists and the author of nearly 100 books on the subject. 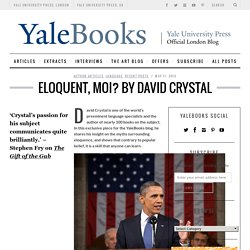 In this exclusive piece for the YaleBooks blog, he shares his insight on the myths surrounding eloquence, and shows that contrary to popular belief, it is a skill that anyone can learn. by David Crystal, author of The Gift of the Gab. Hansel and Gretel by Brothers Grimm. The moon shone brightly, and the white pebbles which lay in front of the house glittered like real silver pennies. 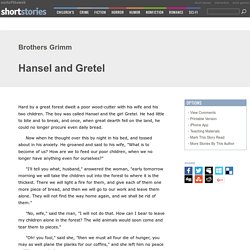 Fairytales: The Black Geese. Long ago there lived a man and wife who had two children, a girl and a boy. 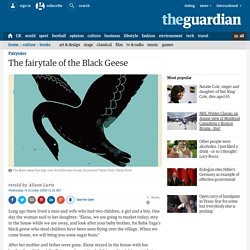 One day the woman said to her daughter: "Elena, we are going to market today; stay in the house while we are away, and look after your baby brother, for Baba Yaga's black geese who steal children have been seen flying over the village. When we come home, we will bring you some sugar buns. " After her mother and father were gone, Elena stayed in the house with her brother for a little while. But soon she got tired of this, and took him outside to where her friends were playing. 5 Ways to Use Technology for Family Storytelling — LitWorld. Technology has dramatically changed the way we communicate, create and collaborate with each other. 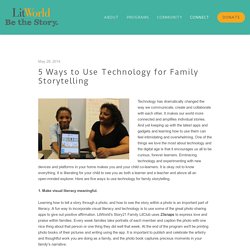 It makes our world more connected and amplifies individual stories. 28WAYS. More English Fairy Tales/The Hedley Kow - Wikisource, the free online library. THERE was once an old woman, who earned a poor living by going errands and such like, for the farmers' wives round about the village where she lived. 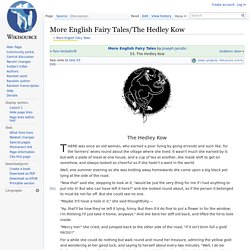 It wasn't much she earned by it; but with a plate of meat at one house, and a cup of tea at another, she made shift to get on somehow, and always looked as cheerful as if she hadn't a want in the world. Well, one summer evening as she was trotting away homewards she came upon a big black pot lying at the side of the road. Koobor the Koala and Water - Legends - Animals Myths&Legends - Planet Ozkids - Explore Legends, Myths and Cultures. Sophie's Masterpiece. Boy turns to bear. Lesson 5 – The Boy Who Became a Bear. An Iroquois Story A long time ago in a village far to the east there lived a little boy. Untitled. Writers_Toolkit.pdf. 22 Rules of Story Telling every Teacher should Know about. Writing is a scary task for students because it is partly a single-minded activity that calls for a lot of serious thinking and partly due to the overarching focus that has being placed on teaching writing as product and not process.

Donald Murray, a writing theorist of grand calbire, is unequivocal on this, in his Write to Learn , Murray emphasizes the importance of teaching writing as a process. For him the problem with teachers of writing is that they are trained as teachers by studying a product and when they are teaching writing to their students, they basically focus their attention on what students have produced and not what they might have done. Worse than that, teachers employ all their autopsy skills to dissect students writing and in doing so they confirm students feeling of lack of self-respect for their work and for themselves.