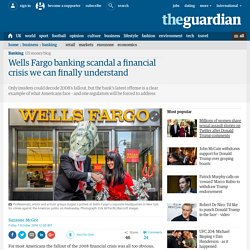 The economy imploded, jobs disappeared, house prices collapsed. The Biggest Stock Scams Of All Time. It is unfortunate, but words often associated with money and fortune are "cheat," "steal" and "lie. 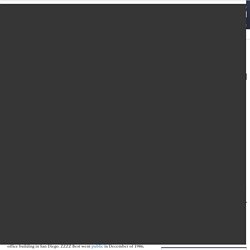 " Who among us hasn't "accidentally" taken two $500 bills from the Monopoly bank, or forgotten at least once to pay $5 back to a friend? Can a new form of accounting save animals from extinction? Over the past few years, businesses have increasingly talked about the need to assign monetary value to forests, wetlands and other ecosystems. 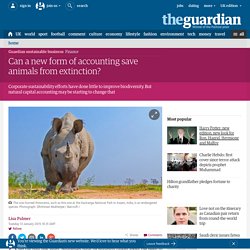 The concept has been gaining momentum, and leading companies are already factoring it into their sustainability planning. Walmart, for example, has worked to examine how threats to the natural world pose risks up and down its supply chain. It has begun advising its suppliers on how to make their products more climate resilient by reducing greenhouse gas emissions, improving water conservation, and preserving biodiversity and ecosystems services to help improve crop yields. But for all this effort, programs to cut water use, waste and carbon footprints have not prevented the continued loss of species.

Animal populations have dropped by half since 1970, and between 500 and 36,000 species are lost each year. Putting a price on nature. Accountancy reform: Shining a light on the auditors. EVERY financial meltdown prompts a hunt for scapegoats. 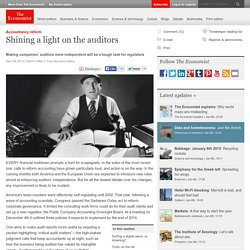 In the wake of the most recent one, calls to reform accounting have grown particularly loud, and action is on the way. In the coming months both America and the European Union are expected to introduce new rules aimed at enhancing auditors’ independence. But for all the heated debate over the changes, any improvement is likely to be modest. America’s bean-counters were effectively self-regulating until 2002. The "Big Four" accountants in Britain: When bean counting pays off. LAST December, the outlook seemed grim for the “Big Four” accountancy firms in Britain. 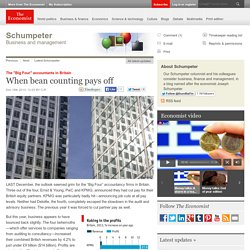 Three out of the four, Ernst & Young, PwC and KPMG, announced they had cut pay for their British equity partners. KPMG was particularly badly hit—announcing job cuts at all pay levels. Neither had Deloitte, the fourth, completely escaped the slowdown in the audit and advisory business. The previous year it was forced to cut partner pay as well. Accounting scandals: The dozy watchdogs.

NO ENDORSEMENT carries more weight than an investment by Warren Buffett. 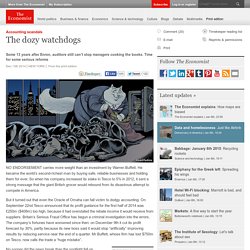 He became the world’s second-richest man by buying safe, reliable businesses and holding them for ever. What Are the Important Metrics of Business Performance Management? Differences Between A Business Appraiser, CPA Auditor And Due Diligence Expert. Banking crisis guided tours of New York. Dwarfed by the Corinthian columns of the New York Stock Exchange's towering facade, Wall Street tour guide Tom Comerford opens a weather-beaten folder on a busy street in the heart of the Big Apple's financial district. 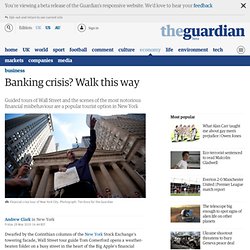 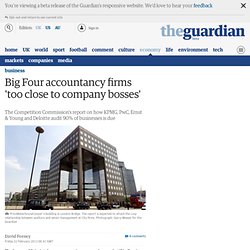 The Competition Commission's review into how KPMG, PwC, Ernst & Young and Deloitte audit 90% of UK-listed blue chip businesses is expected to say that while it found no evidence of collusion between them, there is a restricted amount of competition. It is expected to attack the cosy relationship between auditors and senior management at City firms, who are often alumni of the Big Four themselves. High-ranking members of Big Four firms also sit on many company boards. It will reportedly not seek the break up of these firms – which also provide a wide range of non-audit services to their clients – but suggest measures to reduce their stranglehold over the UK's largest firms, including a ban on "Big Four-only" clauses in loan documents from banks and giving shareholders a greater say in the choice of auditors. 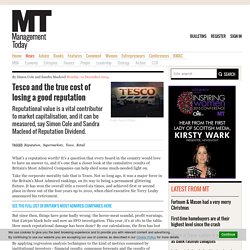 Unhappy Christmas for Dave Lewis as Tesco accounts face scrutiny from Financial Reporting Council. By Rachel SavageMonday, 22 December 2014 If Tesco boss Dave Lewis thought he would be able to end the year focusing on that all-important task of selling people their Christmas dinner then he was mistaken, as Britain’s largest supermarket faces the prospect of yet another uncomfortable light being shone on its accounts. 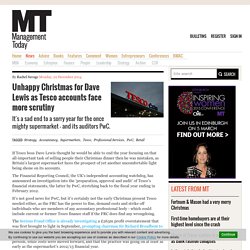 The Financial Reporting Council, the UK’s independent accounting watchdog, has announced an investigation into the ‘preparation, approval and audit’ of Tesco’s financial statements, the latter by PwC, stretching back to the fiscal year ending in February 2012. It’s not good news for PwC, but it’s certainly not the early Christmas present Tesco needed either, as the FRC has the power to fine, demand costs and strike off individuals who are members of any accountacy professional body - which could include current or former Tesco finance staff if the FRC does find any wrongdoing.

General accounting course. See also our elementary I Introduction II Example of a small firm III From single-entry to double-entry accounting IV A complete accounting cycle up to the Trial balance. What is a firm? Main concepts of accounting. Untangling the Madoff Case. Societe Generale trader Kerviel jailed for three years. 5 October 2010Last updated at 11:53.