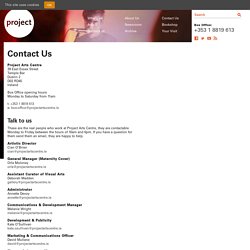 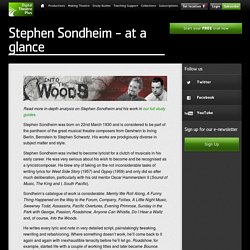 Stephen Sondheim was born on 22nd March 1930 and is considered to be part of the pantheon of the great musical theatre composers from Gershwin to Irving Berlin, Bernstein to Stephen Schwartz. His works are prodigiously diverse in subject matter and style. Stephen Sondheim was invited to become lyricist for a clutch of musicals in his early career. He was very serious about his wish to become and be recognised as a lyricist/composer. He blew shy of taking on the not inconsiderable tasks of writing lyrics for West Side Story (1957) and Gypsy (1959) and only did so after much deliberation, particularly with his old mentor Oscar Hammerstein II (Sound of Music, The King and I, South Pacific). 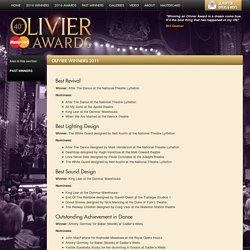 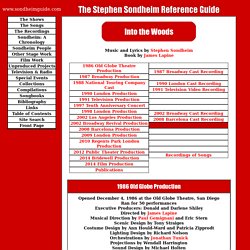 Into the Woods the Musical. The Narrator begins the show introducing the characters of Cinderella, Jack, and The Baker and his Wife who all wish for different things. 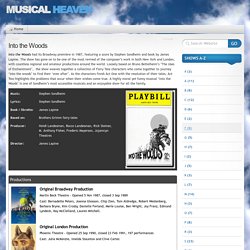 In an extended “Prologue” we meet each of the characters and understand why they want to journey “Into the Woods” to get their wish. Cinderella is taunted by her Stepmother and sister Lucinda and Florinda. She calls on the help of the birds with her chores, and is inspired to visit the grave of her mother to pray, so she can make her way to the Festival. Jack is made to journey into the woods by his Mother to sell his cow for whatever they can make. Despite it being his only friend in the world, his mother is in desperate need of money. Cinderella prays at the grave of her mother for her wish to be granted. At Grandmother’s House, Little Red finds the Wolf instead of her granny. Into the Woods (Musical) Plot & Characters. Synopsis “Be careful what you wish for” seems to be the ongoing theme in Stephen Sondheim and James Lapine’s Brothers Grimm inspired musical, Into the Woods. 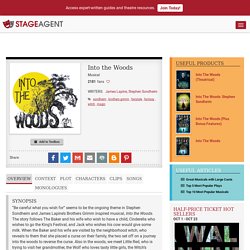 The story follows The Baker and his wife who wish to have a child, Cinderella who wishes to go the King’s Festival, and Jack who wishes his cow would give some milk. When the Baker and his wife are visited by the neighborhood witch, who reveals to them that she placed a curse on their family, the two set off on a journey into the woods to reverse the curse. Also in the woods, we meet Little Red, who is trying to visit her grandmother, the Wolf who loves tasty little girls, the Witch’s daughter Rapunzel, and the Princes chasing after their loves.

By the end of Act I, everyone has gotten their wish and will seemingly live happily ever after.