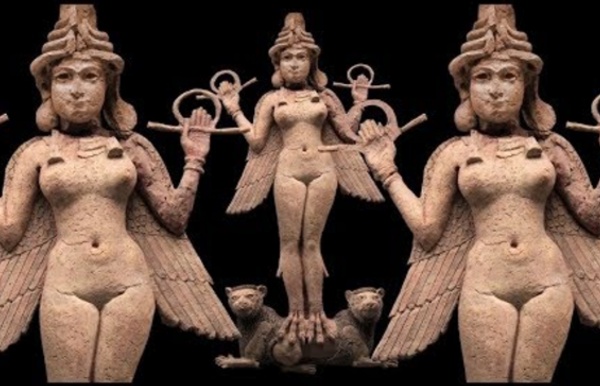 Related:  Wonders • Another View • Visual fun • And Now for Something Completely Different-(No, M. Python at Amusements) • For shits and giggles

antpitta.com : Photo Gallery : Hummingbirds VI Mountain-gems, woodstars and other similar species, Chlorostilbon emeralds Next pagePrevious pageBack to gallery index David Attenborough Netflix documentary: Australian scientists break down in tears over climate crisis One of Australia’s leading coral reef scientists is seen breaking down in tears at the decline of the Great Barrier Reef during a new Sir David Attenborough documentary to be released globally on Friday evening. Prof Terry Hughes is recounting three coral bleaching monitoring missions in 2016, 2017 and 2020 when he says: “It’s a job I hoped I would never have to do because it’s actually very confronting …” before tears cut him short. The emotional scene comes during the new Netflix documentary, Breaking Boundaries: The Science of Our Planet, and shows the toll the demise of the planet’s natural places is having on some of the people who study them. The film visits scientists working on melting ice, the degradation of the Amazon, and the loss of biodiversity, and looks at a 2019/2020 “summer from hell” for Australia that featured unprecedented bushfires and the most widespread bleaching of corals ever recorded on the Great Barrier reef. “But it’s still deeply saddening,” he said.

Art Project – Cultural Institute The Art Project is a unique collaboration with some of the world’s most acclaimed art institutions to enable people to discover and view artworks online in extraordinary detail. Working with over 250 institutions, we have put tens of thousands of works of art from more than 6,000 artists online. This involved taking a selection of super high resolution images of famous artworks, as well as collating more than thirty thousand other images into one place. It also included building 360 degree tours of individual galleries using Street View ‘indoor’ technology. The project has expanded dramatically since it first launched. More than 45,000 objects are now available to view in high resolution, an increase from 1,000 in the first version.

Mathematical framework turns any sheet of material into any shape using kirigami cuts Researchers from the Harvard John A. Paulson School of Engineering and Applied Sciences (SEAS) have developed a mathematical framework that can turn any sheet of material into any prescribed shape, inspired by the paper craft termed kirigami (from the Japanese, kiri, meaning to cut and kami, meaning paper). Unlike its better-known cousin origami, which uses folds to shape paper, kirigami relies on a pattern of cuts in a flat paper sheet to change its flexibility and allow it to morph into 3-D shapes. Artists have long used this artform to create everything from pop-up cards to castles and dragons. Anti-Inflammatory Coconut and Sweet Potato Muffins with Ginger, Turmeric, Cinnamon, and Maple Syrup The idea that delicious baked goods can also be a healthy snack is extremely satisfying. Try to avoid the traditional inflammatory ingredients like processed grains, refined sugars, vegetable oils, and trans fat. If you're able to replace them with anti-inflammatory ingredients that are rich in nutrients, you will end up with a healthy and tasty snack.

Sea turtles use Earth's magnetic field like a GPS to find their birthplace Although they might not have seen or been to their nesting grounds for decades, loggerhead turtles (Caretta caretta) know how to come back home with impressive accuracy rivaling man-made GPS. Now, a new study found just how exactly the turtles manage this feat: they use Earth’s magnetic field to navigate across miles and miles. Credit: Public Domain. For years, the loggerheads swim in loops from their nesting sites in North Carolina and Florida to North Africa. Despite the vast distances they cover, the turtles always manage to find their way home, returning to their nest beaches within about 40 to 50 miles of where they were originally born.

I grew up in an off-the-grid Christian commune. Here's what I know about America's religious beliefs The only time I saw Brother Sam in person, he was marching like a soldier as he preached, with sweat running like tears from his temples and the Bible a heavy brick in his right hand. It was 1978, I was five, and my family had traveled to Lubbock, Texas, for a Body Convention, which was what we called the semi-annual gatherings of hundreds, sometimes thousands, of members of The Body, or Body of Christ, an expansive network of charismatic communities created almost singlehandedly by Brother Sam. My family lived on a Body Farm, a mostly off-grid outpost on the northern shore of Lake Superior, where I grew up singing, clapping, hollering and dancing in the Tabernacle aisles as shamelessly as King David. If this were a face-to-face conversation, you might stop me here, as many have. But, only a couple years ago, Franklin Graham, son of "America's Pastor," Billy Graham, declared any criticism of former president Donald Trump to be the work of demonic powers.

Bridges over the Chicago River GIF Bridges over the Chicago River By Slim Jones 27,671 Total Views More details Fixed iFRAME List of redheads Figures from the Bible or classical mythology, such as Esau or Judas Iscariot, are included. Characters from modern fiction such as Anne of Green Gables or Ginger Hebblethwaite are not. The term 'Redhead' is also popularized by the American Archie comics where the titular main character, teenager Archie Andrews, has red hair and a Scottish family background. He is often addressed as 'redhead' or 'redheaded junk' by his archrival Reggie Mantle. A[edit]

Why Do You Have to Pee the Closer You Get to a Bathroom? - Shape Magazine You know that terrible "gotta go" feeling that seems to get stronger and stronger the closer you get to your front door? You're fumbling for your keys, ready to toss your bag on the floor and make run for the bathroom. It's not all in your head-it's a real thing called latchkey incontinence. (Psst... These are The Surprising Pelvic Perks of Peeing In the Shower.) "The mere glance of an object that we relate to an action can jumpstart the brain's process to a more urgent need to experience it-all subconsciously," explains psychotherapist Ginnie Love, Ph.D.

Microscopic Images Of Seeds click 2x The diversity and intricacy of shapes and sizes of seeds is extraordinary. Even more amazing is that within even the tiniest of seeds lies the complete genetic information required to birth and structure such organisms as the complex passion flower, or a 360 foot tall sequoia. Seeds are also amazing travelers, either with the help of the wind or by hitching rides with neighboring wildlife. If stored in ideal conditions, seeds can also spring to life, after hundreds of years of lying dormant.

Pocket - Poor teeth click 2x I am bone of the bone of them that live in trailer homes. I grew up next to Tiffany ‘Pennsatucky’ Doggett, the hostile former drug addict from the prison TV drama Orange Is the New Black. I know her by her teeth. Pennsatucky – a scrappy slip of a woman menacing, beating and proselytising to fellow inmates – stole the show during the first season of the Netflix prison series.

Related:
Related:  Wonders   -  Another View   -  Visual fun   -  And Now for Something Completely Different-(No, M. Python at Amusements)   -  For shits and giggles