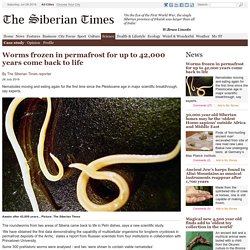 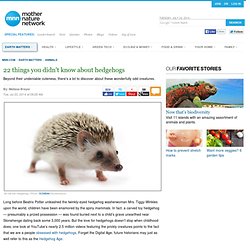 Tiggy-Winkles upon the world, children have been enamored by the spiny mammals. In fact, a carved toy hedgehog — presumably a prized possession — was found buried next to a child’s grave unearthed near Stonehenge dating back some 3,000 years. But the love for hedgehogs doesn’t stop when childhood does; one look at YouTube’s nearly 2.5 million videos featuring the prickly creatures points to the fact that we are a people obsessed with hedgehogs. Forget the Digital Age; future historians may just as well refer to this as the Hedgehog Age. LIVING BALL OF SPIKES! 50 Years Of Climate Change, Habitat Loss Somehow Unable To Take Down Goddamned Parrotfish. SEATTLE—Saying that the species has thus far defied all scientific projections, stunned officials from the Marine Conservation Institute announced Tuesday that the past half century of climate change and habitat loss somehow hasn’t managed to take down the goddamned parrotfish. 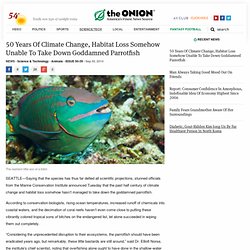 According to conservation biologists, rising ocean temperatures, increased runoff of chemicals into coastal waters, and the decimation of coral reefs haven’t even come close to putting these vibrantly colored tropical sons of bitches on the endangered list, let alone succeeded in wiping them out completely. The Smallest Bird you have ever seen. You Know What's Bullshit!? Episode 18.

Can a chicken raise a duck? Top 10 Aquarium Fish for Beginners. Is Australia OP? Earth - The bizarre beasts living in Romania's poison cave. In the south-east of Romania, in Constanța county close to the Black Sea and the Bulgarian border, there lies a barren featureless plain. 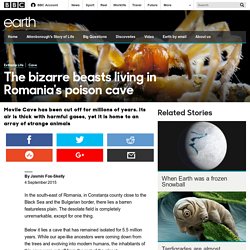 The Curious Case of Octopus Wrestling.

Why Squids Become TERRIFYING The Deeper The Ocean Gets. Koko, the gorilla who mastered sign language, has died. She died Tuesday in her sleep at age 46, The Gorilla Foundation said in a statement. 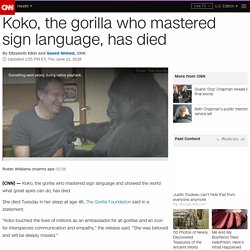 "Koko touched the lives of millions as an ambassador for all gorillas and an icon for interspecies communication and empathy," the release said. "She was beloved and will be deeply missed. " The western lowland gorilla was born at the San Francisco Zoo in 1971 and began to learn sign language early in life. Researchers moved her to Stanford in 1974 and established The Gorilla Foundation, a non-profit organization that works to preserve and protect gorillas. Koko and The Gorilla Foundation later moved to the Santa Cruz Mountains. The Undersea World of Jacques Cousteau - Octopus, Octopus.

AI learns to play Google Chrome Dinosaur Game. 2-Headed Sharks May Be On The Rise (But No One Knows Why) Frogs Love Watching Worms on Smartphones. Links in the Chain: Ecosystem Ecology - Crash Course Ecology #7. Glowing Animals: Pictures of Beasts Shining for Science. Photograph courtesy Osamu Shimomura and Marine Biological Laboratory, Woods Hole. Incredible Wildlife Photography. Wildlife — By Stephanie on January 11, 2010 at 10:58 am Canada goose protects her young Ever have one of those moments when you think to yourself, “Boy, I wish I had my camera?!” 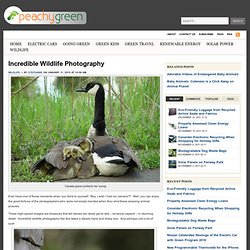 Sir Nutalot. Dmitri Mendeleev: Great Minds. Human Population Growth - Crash Course Ecology #3. Disney's Animal Kingdom Safari. Egyptian zoo ‘paints donkey’ to look like zebra. An Egyptian zoo has been torn off a strip for allegedly attempting to fool visitors by painting black and white stripes on a donkey to make it look like a zebra. 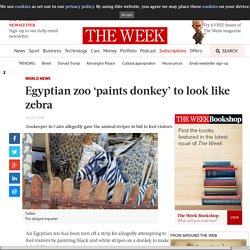 The row began when a student visiting the recently opened animal sanctuary in Cairo’s International Gardens Park spotted the unusual-looking animal and shared a photo of it on Facebook, the Daily Mail reports. Population Genetics: When Darwin Met Mendel - CrashCourse Biology #18. Why Don't We Taxidermy Humans? Recently Discovered Dinosaur ‘Mummy’ Is So Well-Preserved It Even Has The Skin And Guts Intact - Earthly Mission.

First Pig-Monkey Chimeras Were Just Created in China. Exclusive: Two pigs engineered to have monkey cells born in China pic.twitter.com/ppu9qidp3EDecember 9, 2019 Two piglets recently born in China look like average swine on the outside, but on the inside, they are (a very small) part monkey. 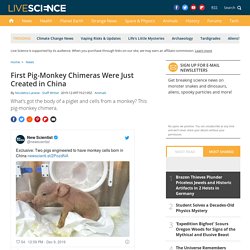 A team of researchers generated the pig-primate creatures by injecting monkey stem cells into fertilized pig embryos and then implanting them into surrogate sows, according to a piece by New Scientist. Two of the resulting piglets developed into interspecies animals known as chimeras, meaning that they contained DNA from two distinct individuals — in this case, a pig and a monkey. "This is the first report of full-term pig-monkey chimeras," co-author Tang Hai, a researcher at the State Key Laboratory of Stem Cell and Reproductive Biology in Beijing, told New Scientist. The History of Circumcision. W.D. 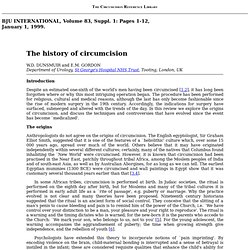 Baby elephant taking a swim headfirst. Biology That Makes Us Tick: Free Stanford Course by Robert Sapolsky. Cute Armadillo Taking A Bath! Pigeon Interruptus — A Fish That Hunts Pigeons On Land : Krulwich Wonders... YouTube In science, categories matter: phylum, family, class, species, solid, liquid, endo-, exo-, we analyze by creating groups, by making clean distinctions. Community Ecology II: Predators - Crash Course Ecology #5. Carbon emissions divide 'can be bridged' 23 November 2011Last updated at 17:03 By Richard Black Environment correspondent, BBC News Manufacture and use of technologies such as solar is forging ahead in China The gap between where greenhouse gas emissions are headed and where they need to be for climate targets can be bridged cheaply, says a UN report. 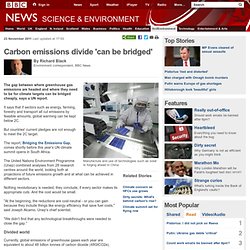 It says that if sectors such as energy, farming, forestry and transport all cut emissions by feasible amounts, global warming can be kept below 2C. But countries' current pledges are not enough to meet the 2C target. The report, Bridging the Emissions Gap, comes shortly before this year's UN climate summit opens in South Africa. The United Nations Environment Programme (Unep) combined analyses from 28 research centres around the world, looking both at projections of future emissions growth and at what can be achieved in different sectors.

Nothing revolutionary is needed, they conclude, if every sector makes its appropriate cuts. Secrets of the Vampire Squid. Save The Pacific Northwest Tree Octopus. Help Save The ENDANGERED. Starting a Fire With a Battery and Steel Wool - Zombie Survival Tips #9. 9 11 Victims Son Owns Bill OReilly - TestTransmission1984. Some People by ~MumblingIdiot on deviantART. Animal Proportions 4. New Species of Carnivore, Durrell’s Vontsira, Found in Madagascar. Why We Age - And How We Can Stop It. 25 Most Beautiful Animals Photography on StumbleUpon. Top 10 Most Shocking Animal Attacks. Giant sunfish washed up on Overstrand beach in Norfolk. 10 December 2012Last updated at 06:45 ET. Mystery surrounds deaths of 877 dolphins washed ashore in Peru. Swim with the dolphins at Dolphin Research Center Marathon FL, Dolphin and Sea Lion Research.

Basic Facts About Dolphins. Dolphins are highly intelligent marine mammals and are part of the family of toothed whales that includes orcas and pilot whales. Anti-Dolphin.org - Save our race. Know the truth. Facts about Dolphins.