Kala: the face of tigers in peril. In 1864, Walter Campbell was an officer in the British Army, stationed in India when he penned these words in his journal: "Never attack a tiger on foot—if you can help it. 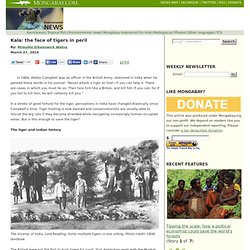 There are cases in which you must do so. Then face him like a Briton, and kill him if you can; for if you fail to kill him, he will certainly kill you. " In a stroke of good fortune for the tiger, perceptions in India have changed drastically since Campbell's time. 32 Animals Being Total Jerks. Life Animals NEXT PAGE 32 Animals Being Total Jerks by julia.letts from TrendyJoe 32k. 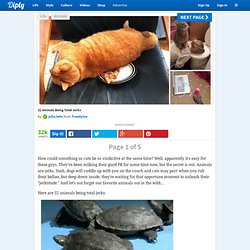 10 Birds Your Grandkids May Never See, Thanks to Climate Change. A new study by the Audubon Society suggests global warming threatens a vast number of North American bird species. 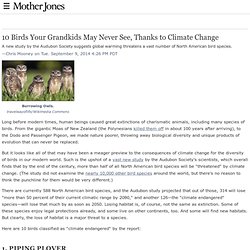 —Chris Mooney on Tue. September 9, 2014 4:26 PM PDT Burrowing Owls.travelwayoflife/Wikimedia Commons Long before modern times, human beings caused great extinctions of charismatic animals, including many species of birds. From the gigantic Moas of New Zealand (the Polynesians killed them off in about 100 years after arriving), to the Dodo and Passenger Pigeon, we made nature poorer, throwing away biological diversity and unique products of evolution that can never be replaced. Animal crossings. VDACS Online Animal Reporting. The Truth About PETA. As many of you know, I used to volunteer with PETA. 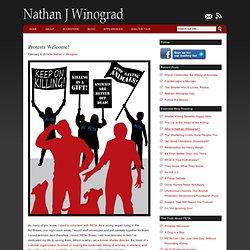 As a young vegan living in the Northeast, one night each week, I would stuff envelopes and put packets together for them. I loved animals. And therefore, I loved PETA. Today, I still love animals. In fact I’ve dedicated my life to saving them. Why PETA Kills. Some lives matter less. Equality. 5 Videos That Forever Changed The Way I Look At Eating Animals. #4 Gives Me H... These revolutionary videos are intensely graphic, gutteral and, for the most part, horrifying. 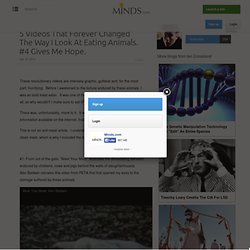 Before I awakened to the torture endured by these animals, I was an avid meat eater. It was one of the foods on the "food pyramid," after all, so why wouldn't I make sure to eat it? It's just a slab of meat after all, right? There was, unfortunately, more to it. It wasn't until 2006, and the freedom of information available on the internet, that I was able to witness this first hand. Land mammals by weight. Extinction During Humans Worse Than Thought.