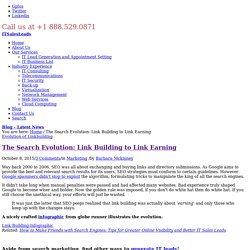 As Google aims to provide the best and relevant search results for its users, SEO strategies must conform to certain guidelines. However Google spammers didn’t stop to exploit the algorithm, formulating tricks to manipulate the king of all the search engines. It didn’t take long when manual penalties were passed and had affected many websites. Bad experience truly shaped Google to become wiser and bolder. Now the golden rule was imposed, if you don’t do white hat then do white hat. Callbox Journeys Coast to Coast for ad:tech NY and Dreamforce 2017. Content Marketing Statistics and Trends 2017. Top Influencers Weigh In: Social Media's (Measurable) Impact on Sales.

Marketing Technology Products: Things You Need to Know. It is not always a simple matter marketing technology products. 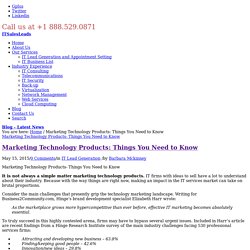 IT firms with ideas to sell have a lot to understand about their industry. Because with the way things are right now, making an impact in the IT services market can take on brutal proportions. Consider the main challenges that presently grip the technology marketing landscape. Writing for Business2Community.com, Hinge’s brand development specialist Elizabeth Harr wrote: As the marketplace grows more hypercompetitive than ever before, effective IT marketing becomes absolutely essential. 4 Effective Ways to Make your Brand Standout. When online, you always come across one basic fact: That content is king. 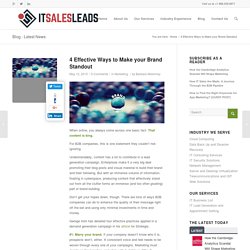 For B2B companies, this is one statement they couldn’t risk ignoring. Understandably, content has a lot to contribute in a lead generation campaign. Enterprises make it a very big deal promoting their blog posts and visual material to build their brand and their following. But with an immense volume of information floating in cyberspace, producing content that effectively stand out from all the clutter forms an immense (and too often grueling) part of brand building. Don’t get your hopes down, though.

George Irish has detailed four effective practices applied in a demand generation campaign in his article for Strategis. Blogging for IT Leads: Top Ways to Drive New Clients. Solutions providers for IT institutions will get the most out of blogging. 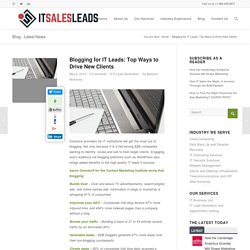 Not only because it is a fad among B2B companies wanting to identify, locate and sell to their target clients. Engaging one’s audience via blogging platforms such as WordPress also brings added benefits to the high quality IT leads it secures. Aaron Orendorff for the Content Marketing Institute wrote that blogging: Builds trust – Over and above TV advertisements, search-engine ads, and online banner ads, information in blogs is trusted by a whopping 81% of consumers. Improves your SEO – Companies that blog receive 97% more inbound links and 434% more indexed pages than a company without a blog. Quantity vs Quality: What’s Best for IT Lead Generation?

Market research platform Ascend2 found that around 59% out of a sample size of 375 global marketing professionals from various industries are making quality leads their top priority. 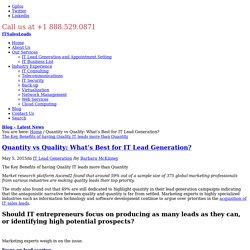 The study also found out that 49% are still dedicated to highlight quantity in their lead generation campaigns indicating that the antagonistic narrative between quality and quantity is far from settled. Marketing experts in highly specialized industries such as information technology and software development continue to argue over priorities in the acquisition of IT sales leads. Marketing experts weigh in on the issue. Focus on lead scoring There is always a conflict between marketing and sales as to the amount and quality of leads to be pursued. Blogging for IT Leads: Top Ways to Drive New Clients. A Rundown of Top Payroll Software and How to market them. In February, around 212,000 jobs were opened up in the United States’ private sector. 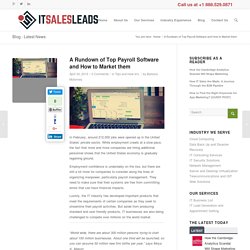 While employment crawls at a slow pace, the fact that more and more companies are hiring additional personnel shows that the United States economy is gradually regaining ground. Employment confidence is undeniably on the rise, but there are still a lot more for companies to consider along the lines of organizing manpower, particularly payroll management. They need to make sure that their systems are free from committing errors that can have financial impacts. Luckily, the IT industry has developed important products that meet the requirements of certain companies as they seek to streamline their payroll activities. But aside from producing standard and user friendly products, IT businesses are also being challenged to compete over millions on the world market. 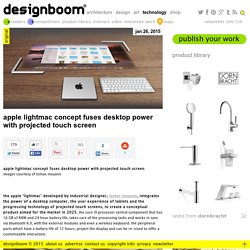 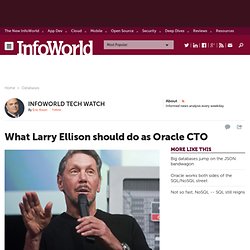 eBay redirect attack puts buyers' credentials at risk. Dropbox Beefs Up Its Pro Feature Set, Now Offering 1TB Of Storage For $10/Month. In today’s cloud storage wars, most companies are defined by the amount of space their users get for the least amount of money. 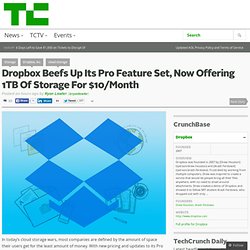 With new pricing and updates to its Pro offering, Dropbox is hoping to show that it can compete on price while also providing greater value to paying users through a number of new features they probably won’t find on other services. Many Dropbox users start out as Basic users, but the company increasingly has been trying to get customers to upgrade and pay for storage. In 2011, the company launched Dropbox for Business, which has seen a fair amount of success in the years since. Dropbox says that it’s used within 4 million companies and 97 percent of Fortune 500 businesses, although not all of those companies are paying customers. While enterprise customers can be a lucrative business, Dropbox sees a huge opportunity to get its Basic users to upgrade and pay for file storage through Dropbox Pro. 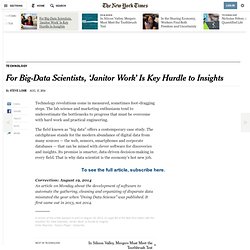 The lab science and marketing enthusiasm tend to underestimate the bottlenecks to progress that must be overcome with hard work and practical engineering. The field known as “big data” offers a contemporary case study. The catchphrase stands for the modern abundance of digital data from many sources — the web, sensors, smartphones and corporate databases — that can be mined with clever software for discoveries and insights. Its promise is smarter, data-driven decision-making in every field. Yet far too much handcrafted work — what data scientists call “data wrangling,” “data munging” and “data janitor work” — is still required. “Data wrangling is a huge — and surprisingly so — part of the job,” said Monica Rogati, vice president for data science at Jawbone, whose sensor-filled wristband and software track activity, sleep and food consumption, and suggest dietary and health tips based on the numbers.

The Cost Of A Data Breach. Facebook Is Going to Tell Users What Satire Is. Facebook is fed up with clickbait headlines and the websites that mock them. The Onion and its sister site, Clickhole, have become so good at mimicking those headlines that Facebook is now testing a "Satire" tag to help users tell the difference.

The tag is intended to help people who can't distinguish between headlines like, "What Happens To Your Face When You Wear Sunscreen Might Shock You. iPhone 6: mass production of new sapphire screens begins. Near-unscratchable screens that are expected to be one of the biggest selling points of the iPhone 6 when Apple unveils the latest model in September are to go into large-scale production this month. To create industrial quantities of man-made sapphire, the material already used to cover the fingerprint-sensing home button and camera lens on its phones, Apple has a $578m (£350m) deal with manufacturer GT Advanced Technologies, which has built a plant powered by renewable energy in Mesa, Arizona.

The iPhone 6 will make its first public appearance on 9 September, when Apple has scheduled a big media event. Microsoft pulls August Windows update after crashes. Microsoft has pulled its August Update for Windows after users reported crashes and issues restarting their systems. The company is currently recommending users uninstall the update. Mark Zuckerberg, Other Tech Heavyweights Take the #IceBucketChallenge. We first told you about the #icebucketchallenge last week. Amazon Unveils Mobile-Payment App and Card Reader - WSJ. iPhone 6 'to launch in August' with bigger model to follow. APPLE’S much-anticipated iPhone 6 will be with us earlier than expected, according to the latest reports from the company’s supply chain. Robin Williams' daughter quits social media after abuse.

Apple’s Suppliers Said to Begin Production of New IPad Tablets. Apple Inc. BuzzFeed raises £30m to become a 'preeminent media company' Online media firm BuzzFeed has raised $50m (£30m) of new funding from venture capital firm Andreessen Horowitz, which sees the US startup becoming a “preeminent media company” in the future. Barnes & Noble CEO Talks Nook, Google. Billionaire Sues Google over Search Suggestions Linking His Name to Mob Crime. Google and Barnes & Noble Unite to Take On Amazon - NYTimes.com. Millennials: How to Engage Tech Site Visitors. Millennials, also known as Generation Y, is comprised of the 18-34 age group. As you may have guessed, this generation is particularly invested in the newest and coolest gadgets and electronics. Portable electronics are probably a lot of millennial’s most valued possessions.

The active demonstration will have multiple NVDIMMs, including AgigA Tech's flagship AGIGARAM(R) solution, running to show memory persistence, performance and other key features of the technology. The fabulous life of Facebook CEO Mark Zuckerberg. Cloud Infographic - Cloud Fast Facts. Wearable technology hasn't taken off in the way it was expected to – why not? $35-million technology center to bring new jobs.

IT trends affecting NFPs in 2014 — Third Sector — The magazine for Australia’s non-profit and not-for-profit sector. The smartshoe: A much more sensible approach to wearable computing than Glass or a smartwatch. AirDog: the drone that follows its master everywhere. Microsoft claims Xbox One sales doubled in first month without Kinect. Leaked 4.7-inch iPhone 6 sapphire screen is super strong and flexible, but will it be impact resistant? (video) BBC powers radio with private cloud. Seven things to consider before moving to the cloud. Apple smart home vs. Samsung, Google + Microsoft. How today’s technology is rapidly catching up to 'Star Trek'