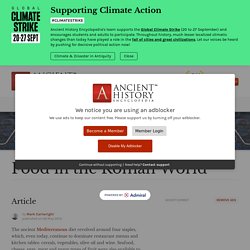 Seafood, cheese, eggs, meat and many types of fruit were also available to those who could afford it. The Romans were also adept at processing and conserving their food using techniques from pickling to storage in honey. Flavouring food with sauces, herbs and exotic spices was another important element of Roman food preparation. History of Spices - McCormick Science Institute. Abundant anecdotal information documents the historical use of herbs and spices for their health benefits (1). 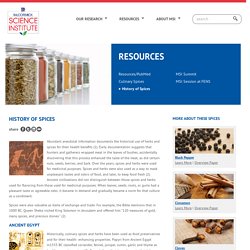 Early documentation suggests that hunters and gatherers wrapped meat in the leaves of bushes, accidentally discovering that this process enhanced the taste of the meat, as did certain nuts, seeds, berries, and bark. Over the years, spices and herbs were used for medicinal purposes. Spices and herbs were also used as a way to mask unpleasant tastes and odors of food, and later, to keep food fresh (2). Dormice, ostrich meat and fresh fish: the surprising foods eaten in ancient Rome - HistoryExtra. We often think of the Mediterranean triad – bread, wine and olive oil – as the diet of most Romans, but in fact food in ancient Rome was much more diverse. 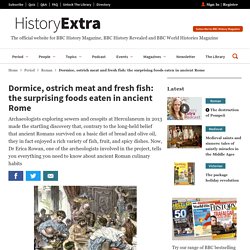 Moodle. The long-awaited christening celebration for Edward would have marked a high point in the decadent feasts at Hampton Court Palace. 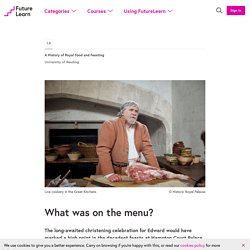 But what would have been on the menu? Undoubtedly the feast which accompanied the christening was a monumental affair, however we actually know very little about what was served. What we do know is that this was a court which ate well and enjoyed food as a spectacle on a day-to-day basis, and so the menu for this momentous occasion must surely have been truly magnificent.

Another Side of History. Amazing Planet. Water scarcity could affect 5 billion people by 2050. A new report claims that half of the world’s population may struggle to quench its thirst in the coming decades. 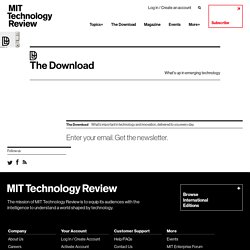 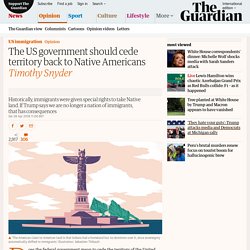 The US Citizenship and Immigration Services (USCIS) has altered its mission statement, removing the characterization of America as a “nation of immigrants” in order to emphasize the new goal of “securing the homeland”. Some critics made the point that most citizens are immigrants or their descendants, while others noted that most Americans believed that immigration should remain stable or increase. Yet the problem with the change in language lies deeper. According to our own legal tradition, Americans claim sovereignty over the territory of the US as immigrants, precisely because the territories in question were someone else’s homeland: the Native Americans’. The Eugenics Crusade. Use one of the services below to sign in to PBS: You've just tried to add this video to your Watchlist so you can watch it later. 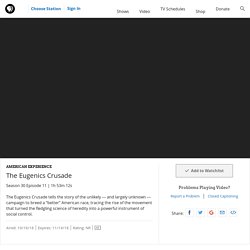 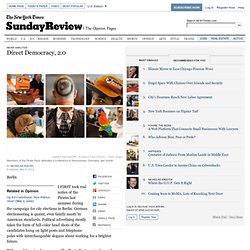 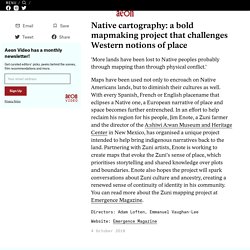 This Email Newsletter Privacy Statement pertains to the personally identifying information you voluntarily submit in the form of your email address to receive our email newsletters. Coca-Cola influences China’s obesity policy, BMJ report says. The Coca-Cola Company has shaped China’s policies towards its growing obesity crisis, encouraging a focus on exercise rather than diet and thereby safeguarding its drinks sales, an academic investigation has alleged. 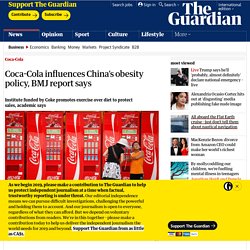 Susan Greenhalgh, a Harvard academic and China scholar, says Coca-Cola has exerted its influence since 1999 through a Chinese offshoot of an institute founded in the US by the then Coca-Cola vice-president Alex Malaspina with substantial company funding. The International Life Sciences Institute (ILSI) has been heavily criticised in the US and Europe for promoting exercise and downplaying the need for people to cut down on excessive sugary drinks. China has a serious and growing obesity problem: 42.3% of Chinese adults were overweight or obese in 2011, up from 20.5% in 1991. Its 1.4 billion people constitute Coca-Cola’s third-largest market by volume. ILSI-China, says Greenhalgh, has influence in government circles. 100 Awesome Blogs for History Junkies. Posted on Wednesday September 10, 2008 by Staff Writers.