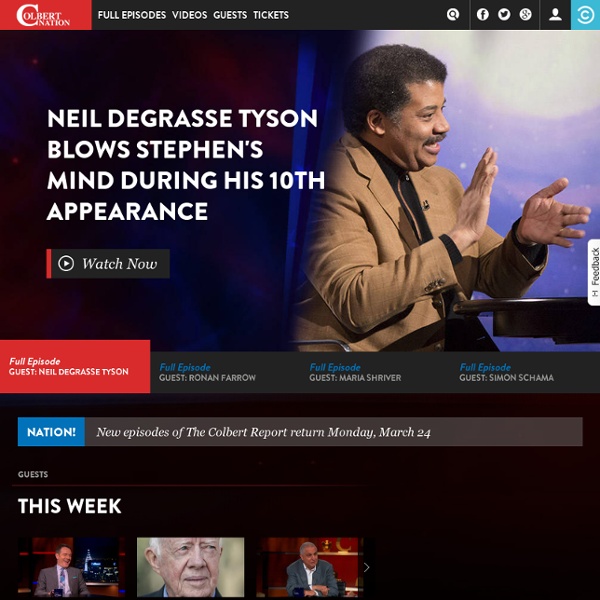 axe_in_my_head Subject: "Oh my god! There's an axe in my head!" How to say "Oh my god! Progressive Humor Next Week Will Do Two elderly ladies had been friends for many decades. Over the years they had shared all kinds of activities and adventures. More recently, their activities have been limited to meeting a few times a week to play cards. One day they were playing cards when one looked at the other and said, 'Now don't get mad at me....

Funky Downtown: Top 10 Stupid Thieves of 2009 - Flock They are the Top 10 funniest and stupiest thieves of 2009. These are not jokes because these incidents really happened this year. 1. Workaholics This website would like to remind you: Your browser (Firefox 17) is out of date. Update your browser for more security, comfort and the best experience on this site. ComedyCentral Menu ComedyCentral

Republican Party (United States) - Wikipedia, the free encyclope History Founding and 19th century The first official party convention was held on July 6, 1854, in Jackson, Michigan. s Hi-HO! Page.  Hi-HO! P o l a z z o ' s Hi-HO P a g e ! At one point, there was some dude who had a page of all the Hi-HO! animations. Then the page went down and I got sad. So I tracked them all down and here they are for your viewing pleasure. IMPORTANT NOTE: These should be viewed in FULL SCREEN. USA Polticial Satire It may have been removed or you may have arrived here by using a bad URL Try searching for the article you are looking for. Visit the Homepage to see the most recent stories. Browse categories and tags to find a related story. The Daily Satire is your source of the latest and most popular news satire, political humor, and other things that clever people like you find funny.

Futurama This website would like to remind you: Your browser (Firefox 17) is out of date. Update your browser for more security, comfort and the best experience on this site. ComedyCentral Menu Democratic Party (United States) - Wikipedia, the free encyclope Since the 1930s, the party has promoted a social liberal platform.[2][11][12] Until the late 20th century the party had a powerful conservative and populist wing based in the rural South, which over time has greatly diminished. Today its Congressional caucus is composed mostly of progressives and centrists.[13] History The Democratic Party evolved from the Jeffersonian Republican or Democratic-Republican Party organized by Thomas Jefferson and James Madison in opposition to the Federalist party of Alexander Hamilton and John Adams. The party favored republicanism, a weak federal government, states' rights, agrarian interests (especially Southern planters) and strict adherence to the Constitution; it opposed a national bank, close ties to Great Britain, and business and banking interests.

The Processing Portfolio of Christophe Guebert member since June 14, 2010 upload thumbnail Trails (Move the mouse to draw across the screen.) US Headlines stories, spoof, satire and parody headlines Sorry, you can't go back any further! It's not always possible to go back to the previous snippet, but you should come across it again if you keep going forwards. Or, you can try to find it in the Snippet Archive

HBO It appears you are currently using Flash Player 11.2.202 and this site supports version 10 and up. In order to continue, please upgrade your Flash Player: Flash Player 10 - Get Latest In order to continue, please install the Flash Player. It appears you are currently using Firefox 17.0 which is not fully supported by this site. Hannah Arendt Life and career[edit] Arendt was born into a secular family of German Jews in Linden (present-day Hanover), the daughter of Martha (born Cohn) and Paul Arendt.[7] She grew up in Königsberg (renamed Kaliningrad and annexed to the Soviet Union in 1946) and Berlin. At the University of Marburg, she studied philosophy with Martin Heidegger. According to Hans Jonas, her only German-Jewish classmate, Arendt embarked on a long and stormy romantic relationship with Heidegger, for which she later was criticized because of Heidegger's support for the Nazi Party when he was rector at the University of Freiburg. In the wake of one of their breakups, Arendt moved to Heidelberg, where she wrote her dissertation under the existentialist philosopher-psychologist Karl Jaspers on the concept of love in the thought of Saint Augustine. In 1929, in Berlin, she married Günther Stern, later known as Günther Anders.

Making a Frabjous We’re pleased to announce the availability of the Egg-Bot Electro-Kistka: An electric hot wax pen designed to be used with the EggBot. A kistka is the wax tool used in the traditional wax-resist and dye (batik) method to produce colorful eggs in the same fashion as Ukranian pysanky. We would like to acknowledge that this is not by any means the first time that anyone has strapped a kistka to an EggBot— We wrote about Ann’s DIY version a few months ago, and we’ve seen other versions (both manually heated and electric) in YouTube videos dating back several years. Hardware The Electro-Kistka consists of two main parts, connected by a cable: A heater assembly that gets mounted to the EggBot’s pen arm (in place of the usual pen holder), and a power control board that sits behind the EggBot. The power control board is relatively simple: it accepts input from a plug-in power supply, and has an adjustment pot so that you can set the power level of the kistka.