THE ENTERTAINMENT INDUSTRY & THE OCCULT

Pat Mills. Pat Mills is a British comics writer and editor who, along with John Wagner, revitalised British boys comics in the 1970s, and has remained a leading light in British comics ever since. 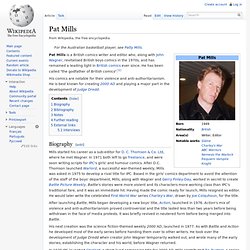 He has been called "the godfather of British comics".[1] Biography[edit] His next creation was the science fiction-themed weekly 2000 AD, launched in 1977. As with Battle and Action he developed most of the early series before handing them over to other writers. He took over the development of Judge Dredd when creator John Wagner temporarily walked out, and wrote many of the early stories, establishing the character and his world, before Wagner returned.

He has had little success in American comics, with the exception of Marshal Law, a savage superhero satire published by Marvel Comics' Epic imprint in the late 1980s, drawn by O'Neill. Robert Anton Wilson. All ISM's outside of Christianity AGREE. Jews for about 60% of the Tv and movie elite. Kanye West Meets Jewish Power. By Tingba Muhammad, and the NOI Research Group [View the weekly broadcast of The Honorable Minister Louis Farrakhan, THE TIME AND WHAT MUST BE DONE, every Saturday at 6 PM CT: Black entertainer Kanye West has now joined the elite ranks of some of our most powerful and prestigious Black freedom fighters, such as Martin Luther King, Marcus Mosiah Garvey, Malcolm X, Bishop Desmond Tutu, the Honorable Minister Louis Farrakhan, and even our late great freedom fighter Nelson Mandela. 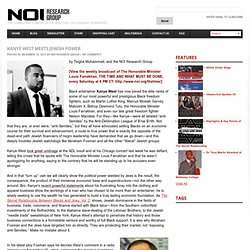 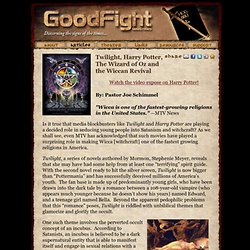 By: Pastor Joe Schimmel "Wicca is one of the fastest-growing religions in the United States. " Good Fight Ministries - Eminem. Eminem Watch the video expose on Eminem! 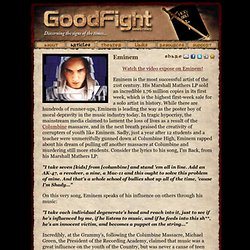 Eminem is the most successful artist of the 21st century. His Marshall Mathers LP sold an incredible 1.76 million copies in its first week, which is the highest first-week sale for a solo artist in history. POWER OF MUSIC. Phil Robertson suspended from Duck Dynasty 'indefinitely' after shocking anti-gay comments. In a shocking interview with GQ, Robertson said: 'Everything is blurred on what’s right and what’s wrong… Sin becomes fine. 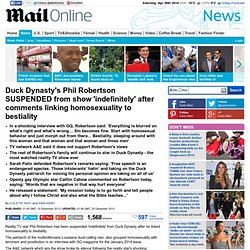 Start with homosexual behavior and just morph out from there... Bestiality, sleeping around with this woman and that woman and that woman and those men'TV network A&E said it does not support Robertson's views The rest of Robertson's family will continue to star in Duck Dynasty - the most watched reality TV show ever Sarah Palin defended Robertson's remarks saying: 'Free speech is an endangered species. Far From Devil Worship And 'Harry Potter,' Young Witches Explain What They're Really About. MISSOULA, Montana — On any given day in this city, on the main drag of sporting-goods shops and sleepy cafés, you may be surprised to pass a tall young man in a black trenchcoat and black lace gloves, his eyes painted purple. 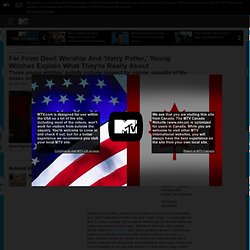 Raven Digitalis (born Colin Smith), 24, with his towering figure, pale face and goth style, could easily be mistaken for Billy Corgan's younger cousin. (In fact, he proudly owns some 130 Smashing Pumpkins CDs that he says helped him get through his high school days.) Raven has been a Pagan priest for four years, practicing witchcraft and hosting rituals for local Pagans at his house, which is just 10 minutes from the downtown strip. "The Craft is one of the most empowering religions or spiritual lifestyles that exists," he explained. Sigil (magic) WithCraft a work of the flesh. New Age. The New Age movement is a Western spiritual movement that developed in the second half of the 20th century. Its central precepts have been described as "drawing on both Eastern and Western spiritual and metaphysical traditions and infusing them with influences from self-help and motivational psychology, holistic health, parapsychology, consciousness research and quantum physics".[2] The term New Age refers to the coming astrological Age of Aquarius.[1]

First Look: Deepak Chopra's 21-Day Meditation Challenge - Video - @OWNTV. Deepak Chopra. Deepak Chopra (/ˈdiːpɑːk ˈtʃoʊprə/ Hindustani: [d̪iːpək tʃoːpraː]; born October 22, 1947) is an Indian American author, public speaker, alternative medicine advocate, and a prominent figure in the New Age movement.[4][5][6] Through his books and videos, he has become one of the best-known and wealthiest figures in alternative medicine.[7] Chopra studied medicine in India before emigrating to the United States in 1970 where he completed residencies in internal medicine and endocrinology. 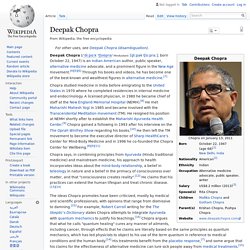 Deepak Chopra and Grant Morrison: The Seven Spiritual Laws of Super-heroes. V for Vendetta. Publication history[edit] When the publishers cancelled Warrior in 1985 (with two completed issues unpublished due to the cancellation), several companies attempted to convince Moore and Lloyd to let them publish and complete the story. 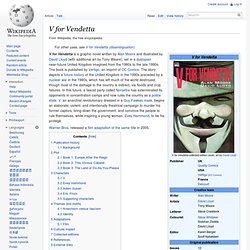 In 1988, DC Comics published a ten-issue series that reprinted the Warrior stories in colour, then continued the series to completion. The first new material appeared in issue No. 7, which included the unpublished episodes that would have appeared in Warrior No. 27 and No. 28. Tony Weare drew one chapter ("Vincent") and contributed additional art to two others ("Valerie" and "The Vacation"); Steve Whitaker and Siobhan Dodds worked as colourists on the entire series. Background[edit] Alan Moore. Alan Moore (born 18 November 1953) is an English writer primarily known for his work in comic books including Watchmen, V for Vendetta, and From Hell.[1] Frequently described as the best graphic novel writer in history,[2][3] he has been called "one of the most important British writers of the last fifty years".[4] He has occasionally used such pseudonyms as Curt Vile, Jill de Ray, Translucia Baboon and The Original Writer. 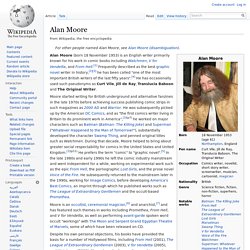 Moore is an occultist, ceremonial magician,[6] and anarchist,[7] and has featured such themes in works including Promethea, From Hell, and V for Vendetta, as well as performing avant-garde spoken word occult "workings" with The Moon and Serpent Grand Egyptian Theatre of Marvels, some of which have been released on CD. Early life[edit] "LSD was an incredible experience. Not that I'm recommending it for anybody else; but for me it kind of – it hammered home to me that reality was not a fixed thing. Alan Moore (2003)[2](pp19–20) Career[edit] Early career: 1978–1980[edit]