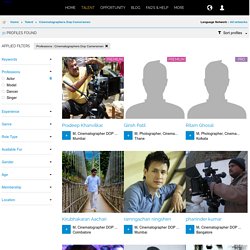 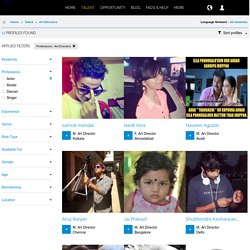 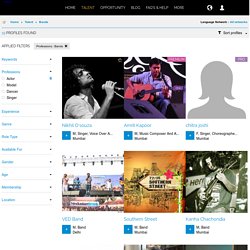 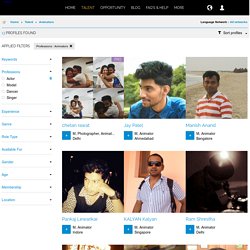 Best Stunning Moments of Oscar 2016. The most awaited Oscars 2016 was packed with some stunning moments. 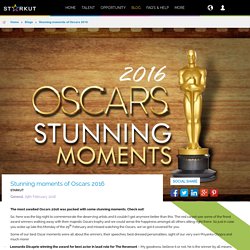 Check out! So, here was the big night to commemorate the deserving artists and it couldn’t get anymore better than this. The red carpet saw some of the finest award winners walking away with their majestic Oscars trophy and we could sense the happiness amongst all others sitting right there. So just in case you woke up late this Monday of the 29th February and missed watching the Oscars, we’ve got it covered for you. Some of our best Oscar moments were all about the winners, their speeches, best dressed personalities, sight of our very own Priyanka Chopra and much more! · Leonardo Dicaprio winning the award for best actor in lead role for The Revenant – My goodness, believe it or not, he is the winner by all means. 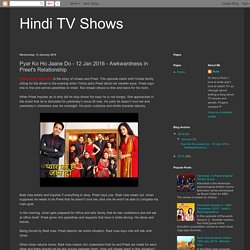 In this episode of Parvarish Season 2, Sweetie madam, the chief guest of the elocution competition comes to meet Jassi. 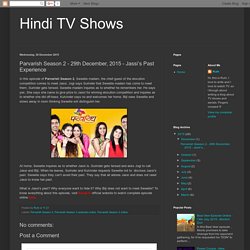 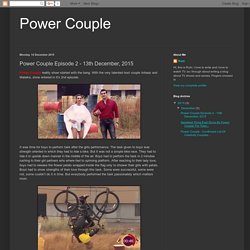 With the very talented host couple Arbaaz and Malaika, show entered in it's 2nd episode. It was time for boys to perform task after the girls performance. The task given to boys was strength oriented in which they had to ride a bike. But it was not a simple bike race. They had to ride it in upside down manner in the middle of the air. At the beginning of the task girls were asked to bait some points ("trust points" as they called it) on their partners according to the trust they have whether thier partner can do the task or not. 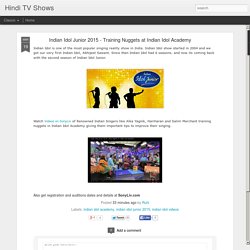 It is based on the life of Maharana Pratap, a sixteenth century Hindu Rajput ruler of Mewar, a region in north-western India in the present day state of Rajasthan. Summary of Episode Aired on 11th March 2015: Ramashah and his family comes to meet Pratap and tell him the story of Tulsidas' childhood- how he uttered the name ram after his birth and why his parents sent him off with their maid and how he was named Rambola, how the maid died and Rambola had to beg for living and during that time how devi Parvati fed him kheer.

In Chittor, Dheerbai felt devastated to know the state in which Jagmal is. Akbar on the other hand, goes to meet Salima but is disheartened seeing a dasi sleeping in her tent. Watch CID Episode – 15th March 2015 on SonyLiv. Hannibal - A Psychological Thriller Show. C.I.D. is an Indian crime detective television anthology series created by B. 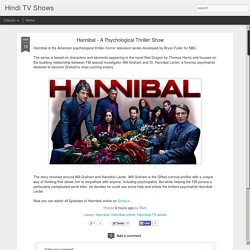 P. Singh for Sony Entertainment Television India and Sony Entertainment Television Asia. CID has become one of the most popular TV show on Indian television in no time. The series consists of criminal cases that are solved by the CID team. ACP Pradyuman (Shivaji Satam), Abhijeet (Aditya Srivastava) and Daya (Dayanand). C.I.D. has never failed to surprise its audience by showcasing cases which are full of twists and turns. Watch Adaalat Episode Jurassic Jazeera - 22nd March 2015 Online. Bhanwar – Kalyug ki Hairatangez Kahaniyaa Watch Online on SonyLiv.

Bhanwar - Kalyug Ki Hairatangez Kahaniyaa is critically acclaimed TV docudrama. This series is based on landmark judgements from Indian Judicial system that changed the face of judiciary, telecasts every weekend at 9 PM on Sony TV. Bhanwar's provocative stories will compel our society to sit up and take notice of the fact, that for every crime committed under the Indian Penal Code, there is an equally harsh justice system meted out. Bhanwar presents true-to-life stories of human excesses, which depict volatile social relationships of today. The courtroom drama will revolve around stories, which will shock, intrigue and amaze you. Court cases will be used as a narrative format to bring alive the grim reality of changing relationships of today’s society. Therefore the tagline Kalyug Ki Hairatangez Kahaniyaa. Hindi TV Shows: Bharat Ka Veer Putra - Maharana Pratap - 11th March, 2015 Episode. Bharat Ka Veer Putra – Maharana Pratap is an Indian historical drama produced by Abhimanyu Raj Singh of Contiloe Entertainment.

It is based on the life of Maharana Pratap, a sixteenth century Hindu Rajput ruler of Mewar, a region in north-western India in the present day state of Rajasthan. Summary of Episode Aired on 11th March 2015: Ramashah and his family comes to meet Pratap and tell him the story of Tulsidas' childhood- how he uttered the name ram after his birth and why his parents sent him off with their maid and how he was named Rambola, how the maid died and Rambola had to beg for living and during that time how devi Parvati fed him kheer. In Chittor, Dheerbai felt devastated to know the state in which Jagmal is.

On 13th June 2015, The Indian idol Junior journey shifted to Mumbai, the city of dreams. However, the city once again surprises the judges as the children that hail from across the country make it to the auditions held at the city. Sonakshi Sinha will soon join the likes of Salim Merchant, Vishal Dadlani and Shalmali Kholgade to judge the tiny wonders of India. The show Indian Idol Juniors features some of the most amazing talent you’ll find, with contestants moving through tough competition to reach the final group that will be selected for the show. Watch Badi Dooooor Se Aaye Hai TV Show Online on SonyLiv. Dil Ki Baatein Dil Hi Jaane 18th May Episode Online. Watch Crime Patrol Satark Episode Purani Dushmani – 14th May 2015 Online. Hindi TV Shows: Reporters - Episode 6th May. Reporters is an Indian fiction newsroom drama television series.

Kabir assures doctor Sinha that he will not let him down as Sinha tells Kabir about his story. Inside morgue, Kabir clicks Harvinder’s photograph when the morgue door is locked by another ward boy. Tinnu takes Ananya to Neha’s uncles house where Neha is hiding herself & Ananya tries calling Kabir but his phone is unavailable, when she calls Ronnie to check on Kabir, he informs her Kabir has not reached office yet. Kalid tells Malvika, to get Manav on board for 9 pm news as Kabir is unavailable. Ananya reaches office in nurse disguise along with Tinnu to rescue Kabir and she successfully does so.

At the bulletin Kabir reveals the truth with help of dramatization in Neha’s presence. SonyLiv: SHOW. 17th June, 2015 - The haunted apartment. Dil Ki Baatein Dil Hi Jaane 10th June 2015 Episode Online on SonyLiv. Hansi He Hansi Mil Toh Lein TV Serial Episodes and Videos Online. Indian Idol Junior 2015, Delhi Auditions 1st Day – 30th May 2015. Sankatmochan Mahabali Hanumaan - Watch Online on SonyLiv. Sankatmochan Mahabali Hanuman is an Indian television show, which premiered on 4 May 2015 and It airs on Sony Entertainment Television. The show focuses on the story of his life since childhood, bringing out his qualities and deriving morals from his life which are relevant in day-to-day life.

Hanumaan is the first Super Hero of mankind. He is the most popular God among the Hindus, an ardent devotee of Srirama.Hanumaan is stronger than the strongest. Obstacles cease to exist in his presence. He is the vanquisher of all evil and the source of hope for all mankind. Everyone has known Hanuman as Ram Bhakt, very few people know his virtue and stories before and after he met Ram. Chidiya Ghar TV Show Latest Episodes Online On SonyLiv. Sankatmochan Mahabali Hanuman TV Serial Episodes and Videos Online. SAB Ka Sapna Money Money - 21st June, 2015 Episode - Funny money task Online SonyLiv. Reporters 22nd June 2015 Episode Online on SonyLiv. Itna Karo Na Mujhe Pyaar Latest Episodes Online on SonyLiv. Blog Post about Thriller TV Shows Online On SonyLiv.

Afterward she meets Kunti where she is abandoning her child in the stream and as she does this the sun god gets angry and destruction begins. We see Adhirath jumping in the water and attempting to save the basket. After extraordinary battle at last he succeeds to save the basket and child in it. The sun god calms and the obliteration stops. Hannibal Season 3 Episode 4 Aperitivo Watch Online On SonyLiv.