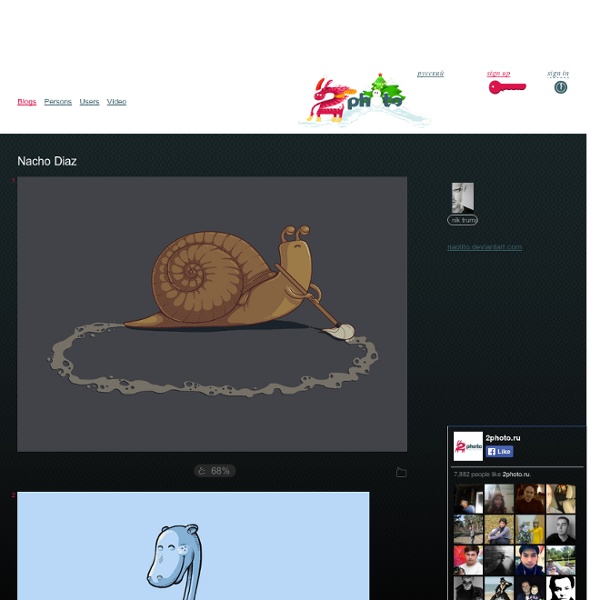 50 Hilarious, Brilliant Mitch Hedberg One-Liners That Would've Made Epic Tweets I first discovered Mitch Hedberg around 2007 and within minutes I was a loyal fan. I ended up watching and listening to every last piece of his material that I could find, and excitedly went in search of his tour dates. Upon discovering that he passed in 2005, I was distraught, and since then I struggle to even watch his routines because the man was so unique and witty, I can only imagine what he’d have to say about pop culture, politics, technology and life in 2013. One thing we can be fairly certain of is that he’d be a master of Tweeting. Often his jokes were short, sweet nuggets of gold that left listeners thinking, laughing or doing a combination of both. Here are 50 Mitch Hedberg one-liners that would’ve been worthy of all the ‘Retweets’ and ‘Favorites’ in the world.

Crazy Illustrations By Chow Hon Lam Chow Hon Lam is a t-shirt designer and a humorous illustrator from Malaysia. He has been completed this crazy project called Flying Mouse 365, which is create 1 design per day. I hope his illustrations can bring some smile and entertainment to the world. Inuit Mythology Project Artwork for the INUIT MYTHOLOGY PROJECT by Inhabit Media, Nunavut The Inuit Mythology Project was founded to collect and preserve the culture, the legends and the heroes of the Inuit for their children. I feel honoured to take part in this exciting project. All images © by Inhabit Media

Into the surreal Into the surreal Posted by Morrison Conway on November 10, 2011 · 22 Comments Moscow-based artist Philipp Igumnov has created these fun illustrations and collages. His artistic style walks a fine line between a melancholy dream world and ridiculous humour with each photograph containing a retro element that works to defamiliarize our notions of the past. Enjoy! Melancholy is not Enough – Surrealistic PhotographySTORYTELLER – Surrealistic Photography of WomenSalvador Dali Paints a Real Wonderland – Dali Paintings Inspired by Alice in WonderlandAre You a Dreamer? making buildings in foamboard miniature building construction in foamboard by Emmanuel Nouaillier Emmanuel Nouaillier shows how to scratch build and age miniature structures. This is will introduce my personal approach and techniques for scratch building and ageing buildings, pertaining to the typical northern French urban landscape of the 1940s and early 50s. I believe that a proper rendition of textures and adequate weathering of the different elements is important when making a miniature scene, where the optimal development of each small detail of a diorama becomes more a necessity to modellers who want to show, with utmost realism, models that are better detailed and weathered I will explain stage by stage in future articles how to create peculiar materials and elements and how to give the models ‘life’ while employing generic methods.

Dream Big by Peter Fecteau “Dream Big” was a year-long project in which Pete created a mosaic of Dr. Martin Luther King Jr. using 4,242 Rubik’s Cubes. > petefecteau.com Paul Rudnick: "Scout's Honor" Jeremy Miller, 25, of Cincinnati, joined the Boy Scouts at 14 and went on to earn an Eagle badge. . . . His oldest son, Evan, is 7 and a Tiger Cub Scout, and Mr. Miller hoped his 2-year-old and 3-month-old sons would follow in his footsteps. Thursday’s vote [allowing openly gay Scouts] changed all that. “We will leave the organization,” Mr.