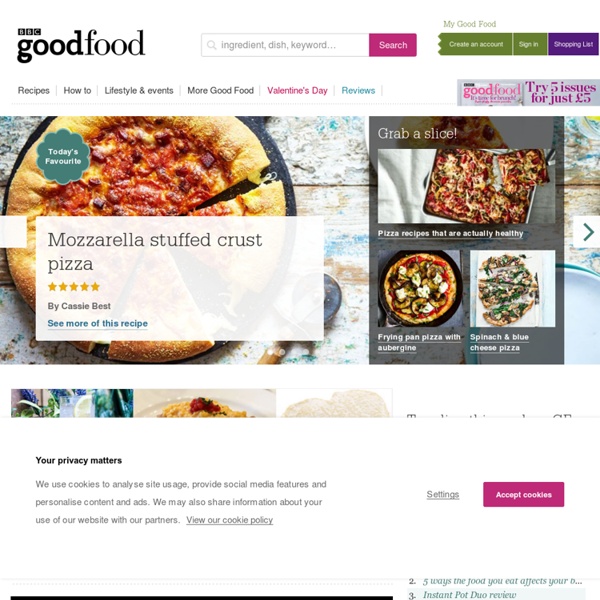 Caramelized Chicken with Jalapeno Cream | How Sweet It Is - StumbleUpon Want to know how to make one heck of a delicious chicken dish? Good. Because I was going to tell you anyway. First up. Chop up some jalapenos and other good stuff. Caramelize some chicken. Then that whole jalapeno saute thing? Dump that sauce all over the CARAMELIZED chicken. Mmmm. Comfort food at it’s finest! Isn’t that what life is all about? And don’t worry about this meal being super spicy because frankly – it’s not. Caramelized Chicken with Jalapeno Cream serves 4 4 boneless, skinless chicken breasts 1 teaspoon salt 1 teaspoon pepper 2 tablespoons canola oil 2 jalapenos, seeded and chopped 1 shallot, sliced 2 garlic cloves, minced 2 tablespoons butter 1 tablespoon flour (any kind will do, I used whole wheat) 1/4 cup low-fat or skim milk 1 12-ounce can fat-free evaporated milk 2 tablespoons finely grated parmesan cheese Add chopped jalapenos, shallots and garlic to a food processor and pulse until very finely chopped (not pureed).

Smoretini Shooters | How Sweet It Is - StumbleUpon Me again. Here to convince you that you need yet another trendy, insanely-flavored bottle of booze. I do what I can. I know what you’re thinking. Well… not technically. You seriously don’t want to see our liquor cabinet. But don’t blame me. Don’t mind my fingerprints. I also like my marshmallows charred. I roast them ’til they’re flaming. The good news is that this world seriously CANNOT come up with another vodka flavor that I will have to run out and immediately purchase. [Right.] The best part? People go nuts. And for those of you that don’t like alcohol, don’t consume alcohol, or are underage… you can totally make virgin versions of these with chocolate fudge on the bottom, some chocolate milk (maybe even whipped with marshmallow fluff? You. S’moretini Shooters makes 1 (2 ounce) shooter, easily multiplied 1/2 ounce marshmallow vodka (or vanilla, whipped cream or cake flavored vodka) 1/2 ounce Godiva chocolate liqueur 1/4 ounce Bailey’s Irish Cream liqueur 3/4 ounce cream/half and half

Honey Mustard Chicken with Bacon and Mushrooms | Everyday Home Cook - StumbleUpon “This is probably my favorite way to eat chicken.” That’s a quote from my husband the last time I made Honey Mustard Chicken with Bacon and Mushrooms for dinner. Marinate some chicken breasts in honey, mustard, and lemon, then top with bacon, mushrooms and cheese… How could that go wrong? I love to serve this dish with a side of oven fries and a crisp lettuce salad. It’s a meal full of flavor! Begin by making the marinade for the chicken. Here’s what you’ll need for the toppings: sliced fresh mushrooms, mostly cooked bacon (it will cook more when baked in the oven), grated cheddar, and fresh parsley. After the chicken has marinated, heat a small amount of oil in a large skillet. Scrape out the pan, and toss in the mushrooms. Assemble the chicken in a large baking dish. After baking for about 20 minutes, chop up some fresh parsley and sprinkle atop before serving! Honey Mustard Chicken with Bacon and Mushrooms 1 to 1 1/2 pounds boneless skinless chicken breasts 1/4 cup Dijon mustard

Moroccan/Mediterranean Lamb Chops w/ Roasted Veggies | sportsglutton Sportsglutton is feeling a little under the weather today, so I, Liz-aka Craftyglutton, will be posting this Wednesday’s food recipe. We celebrated a belated Christmas with Sportsglutton’s family this year with some fabulously delicious (and easy) rack of lamb. This recipe is a Moroccan/Mediterranean twist on roasted lamb chops. Enjoy and be sure to check back in tomorrow for another edition Thirsty Thursday! The Necessities: For Rack of Lamb 1 rack of lamb (about 6 bones), trimmed of excess fat (leave a thin layer) ½ tbsp sea salt ¼ tbsp pepper ½ tbsp ground cumin ½ tbsp mild sweet paprika Leaves from 2 sprigs of mint, torn 3 cloves of garlic, crushed Juice from 2-3 small lemons 2 tbsp olive oil For Roasted Veggies 2 small-medium Celery Roots 1 bunch baby carrots Handful or two of mixed olives , drained (we used oil cured black and some whole green ones) Smoked paprika Ground cinnamon Ground coriander Olive oil Salt and pepper Directions: Place the trimmed rack of lamb in a baking dish.

Preserving Fruit Flavors in Alcohol: Homemade Liqueurs | Growing A Greener World - StumbleUpon When we discuss food preservation, we are usually talking about canning, dehydrating, freezing or fermenting. But did you know that you can also preserve fruit in alcohol, such as brandy or vodka? It is a way of preserving the flavor or essence of the fruit for later use. This method consists of steeping fresh or frozen fruit in alcohol for several weeks. In the end, you end up with some “drunken fruit” (good as a dessert topping) and a flavorful alcohol that can be used to make dazzling cocktails, punch, deserts or sauces. Homemade Raspberry Liqueur: This little gem is versatile in the kitchen and so easy to make. Better than store bought and packed with flavor, these little liqueur gems are versatile in the kitchen and very easy to make. And guess what? Fruit: You can make liqueur from just about any fruit: apples, apricots, blackberries, blueberries, cherries, citrus, cranberries, peaches, pineapple, raspberries or even a mixture of fruit. Alcohol: Spices: Bottles: Imagine that!

Spoon Fork Bacon — Page 5 - StumbleUpon This Sunday my boyfriend and I will be running in our very first 5k. I’m so scared….like petrified. We moved into a new apartment a couple months ago, which happens to be right next to the beach. When we moved we promised each other and ourselves that we would try our hardest to not take living by the water for granted and that we would make the most of beach living. I guess it has sort of become our suedo “resolution” for the year….so far, so good! Something we’ve taken up due to the move are beach runs. Anyway, I have no idea why, but this time around things are different. Something that’s keeping me a little more motivated about the run this Sunday and having to get up early, is that fact that I’ll be making these pickled pulled pork sandwiches. This is actually the only dish I make in a slow cooker (specifically our multifunction Cuisinart 3-in-1 Cook Central). Slow Cooker Pickled Pulled Pork Sandwiches Serves 7 to 9 1.

The Perfect Pantry Article - Allrecipes.com - StumbleUpon Beer Tours and Beer Travel for Beer Lovers - Beer Tours & Beer Trips for Beer Lovers How to Brew Beer - Home Brewing Getting Started - Popular Mechanics - StumbleUpon Serious about making large batches of beer? Splurge for a propane-powered rig with a three-tiered brew stand. This setup, by Indiana-based Blichmann Engineering, costs about $2000 and features a trio of 20- to 30-gallon pots and gas burners that put out 216,000 Btu per hour. (The high heat quickly boils large amounts of liquid, shaving hours off the brewing process.) More casual or budget brewers can make do with one big pot, heated on a common kitchen stove. Sanitize Yeast and sugar are beer's building blocks—but they're dinner for flavor-spoiling bacteria. TIP: Use a large container (a wallpaper tray will do) filled with sanitizer to douse hard-to-wash items, such as tubing.

30 Drinks Every Bartender Should Know - StumbleUpon So I have a new hire who is about to bartend her first bartending shift and I was about to e-mail her 30 drinks every bartender should know and looking for a list (so I wouldn’t have to make it) and almost every list I found was absolutely ridiculous. For example, one site listed the Bocci Ball (don’t know what it is, probably never will as in 12 years no one has ever ONCE asked me for one). Or the Freddy Fudpacker (aka The Cactus Banger) – once again NEVER HEARD anyone order either of these ever ONCE. I’m not naming any drinks on this list where the ingredients are the name i.e. vodka tonic, amaretto sour, or gin and juice. 1. How To Make the Top Cocktails Every Bartender Should Know Apple Martini I hate to even put this on the list, but it is a cocktail that I get an order for at least once a weekend. 3 oz Apple Pucker, 2 oz Vodka, (can add 1 oz fresh lime sour if you happen to have something like that in your bar) shake and serve up with a bright red maraschino cherry Rusty Nail

Baked Eggs with Bacon and Spinach Do y’all remember the scene in Runaway Bride (that’s an Oscar contender if I’ve ever seen one…) where Julia Roberts realizes that she doesn’t know how she likes her eggs? You know, because she’s always turning herself into the girl that the guy she’s marrying wants to be with? Yeah. I know how I like my eggs, although I will say that it depends on the day. Hey, I’m an independent woman…throw your hands up at me. Now that we’ve established my egg-eating habits, though, I have to say – baked eggs are kind of amazing, an unexpected new love in my egg-eating life. Serves 2, but this can be split in half easily to make them in small individual ramekins. 4 whole eggs3-4 slices thick-cut bacon, cooked and chopped1/2 cup loosely packed spinach2 Tbsp cream2 Tbsp butter, meltedsalt and pepper to taste1/4 tsp thyme Preheat oven to 375. So now it’s your turn – egg fan?