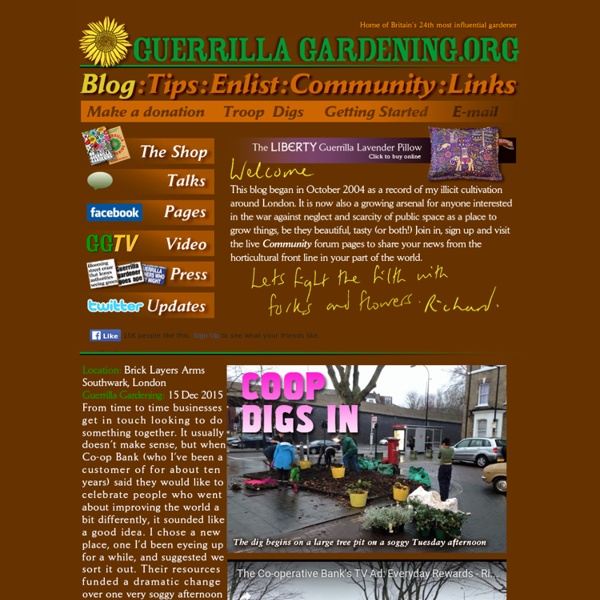 Stop the Net Grab Stop the Net Grab To voting members of the World Conference on International Telecommunications: I strongly oppose any attempt to undermine the fundamental freedoms of citizens online. How to Make a Seed Bomb All materials in this instructable are cheap or free, easy to find, and are natural and organic. Clay from your area if available or if clay unavailable in your area you can use crayola air dry clay and is found in walmart for about $5.00 (used to protect the seeds from insects, birds, etc. that might eat them)Water (For forming clay, do not water seed bomb when finished)Seeds native to your area (Check with your local Nature Conservancy or your state's department of natural resources for which seeds/plants are native to your area)( buy seed mixtures of native flowers and plants. Not only will they grow well, they will not crowd out other plants, disrupt bird and insect populations, or do other environmental damage)Compost or worm castingsYogurt container top or any large flat surface For the dried red clay mix 5 parts clay with 1 part compost and 1 part flower seeds, put some careful drops of water into the mixture(make sure not to make it into a goopy sloppy mess!)

Trans-Pacific Partnership undermines health system - Opinion The Trans-Pacific Partnership (TPP) is a deal that is being secretly negotiated by the White House, with the help of more than 600 corporate advisers and Pacific Rim nations, including Australia, Brunei, Canada, Chile, Japan, Malaysia, Mexico, New Zealand, Peru, Singapore and Vietnam. While the TPP is being called a trade agreement, the US already has trade agreements covering 90 percent of the GDP of the countries involved in the talks. Instead, the TPP is a major power grab by large corporations. The text of the TPP includes 29 chapters, only five of which are about trade. The remaining chapters are focused on changes that multinational corporations have not been able to pass in Congress such as restrictions on internet privacy, increased patent protections, greater access to litigation and further financial deregulation.

How John Muir Is Revolutionizing the Farm-to-Table Food Movement - Joe Fassler Yes, that John Muir. His observations on nature's interconnected systems deeply influenced award-winning chef Dan Barber's new book, The Third Plate. By Heart is a series in which authors share and discuss their all-time favorite passages in literature. How to Start Guerilla Gardening Edit Article Edited by Chris Hadley, Krystle, Blackholesun, Jack Herrick and 16 others Guerrilla gardening is a term used to describe the unauthorized cultivation of plants or crops on vacant public or private land. For some practitioners, Guerrilla Gardening is a political statement about land rights or reform[1]; for others, it is primarily an opportunity to beautify and improve neglected, barren or overgrown spaces. Guerrilla gardening can be conducted either via secretive night missions or openly in an attempt to engage others in the idea of community improvement; regardless of which approach one takes, there are some basic steps that are important to successfully raise plants under the demanding conditions experienced by these gardens.

Make Ice Cream Without an Ice Cream Maker! Did you know that July is National Ice Cream Month? Celebrate with this simple recipe, which calls for only three ingredients. The best part: no ice cream maker required! Just grab a ripe banana, and pop it in the freezer to create a cool, creamy, and delicious base for your vegan ice cream. we like it wild: bottle gardens As much as we love to garden, sometimes there just aren’t enough hours in the day to do it all. If there’s a way we can shorten our to-do list, we’ll take it. This week’s project, a no-fuss recycled windowsill herb garden, has knocked watering the plants off our list. Self-watering planters like these aren’t a new idea; we remember our own childhood craft books that taught us how to poke holes through Dixie cups or invert two liter plastic bottles to grow our own little bean garden. This grown-up version is much better looking and works great for small herbs and plants. We used beer bottles for ours, but you could make a larger garden with wine bottles too.