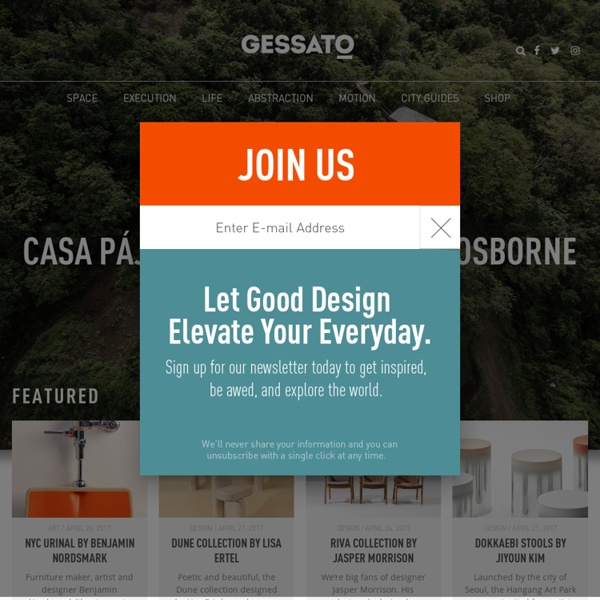 LSD Dangers - Is LSD Dangerous? - What are the Dangers? LSD is non-toxic, has no known adverse physical after-effects other than fatigue and a lingering sensation of mind-expansion. However, LSD is a powerful mental amplifier. If you are feeling depressed, anxious, sick at the world, at the quality of modern television, at rampant consumerism, at life in general, do not take LSD. LSD's effects and your reaction to them are strongly determined by set and setting. Home Decor » Top 25 Interior Design & Furniture Blogs We scoured the web looking for the best interior design and furniture blogs, and below is what we found. From large multi-writer blogs like Moco Loco to more personal fare like Gaile Guevara, the below 25 blogs (plus 5 honorable mentions) are the cream of the design crop. 1. Design Sponge This style website is the cream of the crop – using a gentle and creative presentation, Design Sponge serves up multiple posts every day about home design, new and innovative products and tips on home living in a modern world.

The Russia Left Behind by Dmitry Kostyukov Dmitry Kostyukov has covered current events and in-depth stories in Russia, Ukraine, the Caucasus and Central Asia, including the conflict in South Ossetia in 2008 and the war in Afghanistan. Prior to going freelance in 2011, he worked as a staff photographer at Kommersant daily newspaper and at Agence France-Presse. via documentary photography. roosterization* Quick analysis of a wardrobe that contains not only clothes. design-is-fine: Enzo Mari, Sei Simboli Sinsemantici, 1975. LSD Index - Acid Effects, Dangers, Mixing - LSD Addiction It stands for Lysergic Acid Diethylamide, the most powerful conscious-altering substance known to man. Made from a fungus called ergot, LSD was first made in 1938 by two chemists from Switzerland, Albert Hofmann and Arthur Stoll. Its hallucinogenic properties were discovered when one of them accidentally ingested some of the drug they had created. The Basics

40 Creative Package Designs They tell you not to judge a book by it’s cover, nor a fish by it’s scales. Usually they’re trying to get you to reserve judgment, despite poor something or someone’s poor appearance. Even so, the package a product comes in has a strong impact upon sales. 17 wonderfully weird websites you should bookmark right now In 2012, it’s estimated the internet hosted an incredible 634 million websites. Even if you checked out a thousand a day, it would still take you over 1700 years to visit them all. But happily, you don’t need to live over 200 lifetimes to discover the Web’s most wonderfully weird websites. s 50 Most Popular Articles of 2012 Dear Yatzer lovers, During the six years of my digital life, I've always felt grateful that the content we share on this website has gained the trust and enjoyed the appreciation of millions of people the world over. You may have heard me saying that 'Your dream job does not exist. You must create it' and frankly I have to admit that I’ve almost accomplished my dreams – at least to a certain extend!