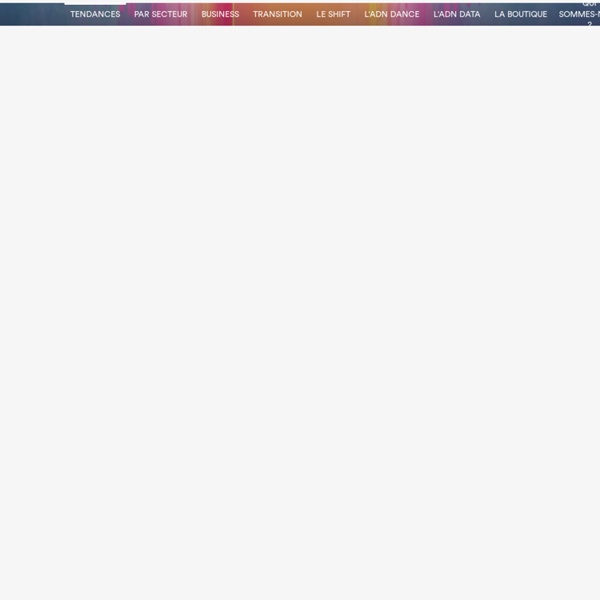 7 tools to monitor your competitors’ traffic TweetTweet “Heavy Traffic” by Masakazu “Matto” Matsumoto on Flickr Just how accurate are Alexa, Compete, Quantcast & the others? This is part of our ongoing series on website optimization and traffic analysis.

Zim and Zou Official poster of the SXSW Film Festival 2014 (Austin, Texas). In collaboration with Gravillis. Austin's symbols : - Paramount Theater - Food Trailer Parks - South Congress Bridge bats (- The Texas Capitol) "Our goal was to create a poster that did not feel like it could be easily digitally reproduced. Ultimately, we wanted to embrace the 'do-it-yourself' ethos that SXSW has shown each year with their creative and imaginative footprint at the festival.” Campaign Viral Video Chart Vinnie Jones: tops this week's viral chart in British Heart Foundation ad The ad by Grey London features the British "hardman" Jones performing CPR to the beat of 'Stayin' Alive' by The Bee Gees. Staged CCTV footage of a thief in an electrical shop, promoting LG's "slimmest-ever TV", was the second-most-shared, with 38,578 mentions across the social web in the past seven days. Coca-Cola has another ad in the top 10, featuring a 100-year-old man, ranking fourth and ahead of its entry last week, which is now in eighth position.

TOWS Matrix: definition, practical example and template This article describes the TOWS Matrix, developed by Heinz Weihrich in a practical way. After reading you will understand the basics of this powerful strategy tool. In this article you can also get access to a TOWS Matrix template. What is the TOWS Matrix? The TOWS Matrix is derived from the SWOT Analysis model, which stands for the internal Strengths and Weaknesses of an organisation and the external Opportunities and Threats that the business is confronted with. The acronym TOWS is a variant of this and was developed by the American international business professor Heinz Weirich.

The Essential Guide To Creating Viral Content It's the dream for all marketers, to create a piece of content that will be seen by the world. Unfortunately, even if you come up with the greatest piece of content ever made, there's no guarantee that something will go viral and for the most part, most content that has gone viral has been online for quite a while, or has been created by a popular person or group. That doesn't mean that it's impossible, however. With a little bit of work and some advanced preparation, you can improve the chances of your content getting shared across the web. It mightn't be the next Nyan Cat or Old Spice campaign, but it could be exposure that will get you places. Typography Design 55 Remarkable Examples Check out these remarkable examples of typography findings from the all over the net, here you can find typeface design, lettering, illustrated typography and typography posters. Today we are selected 55 remarkable examples of typography design are created by some hard-working and dedicated designers. Typography design is now more popular and we can notice a surge for fonts type work on portfolio sites. Typography is the design of glyph printing which is the looks of characters. Designers of typefaces are called type designers, and often typographers.

AgencySpy - Inside Your Agency. Deep Inside Bicoastal Arcade Edit has strengthened its roster with the addition of editors Jen Dean and Mark Paiva. Dean joins Arcade Edit from Whitehouse Post, where since 2011 she has honed her skills for brands including Google, New York Times, Cotton, BMW, TJ Maxx and Sprint. She began her commercial editing career under Hank Corwin (Natural Born Killers, Tree of Life) at Lost Planet, where spent almost 12 years. Dean discovered her love of film while studying under legendary experimental filmmaker Stan Brakhage at the University of Colorado. Paiva joins Arcade Edit with over 10 years of experience. Last year alone he worked with agencies including 180 Amsterdam, Droga5, The Corner and Wieden+Kennedy. The Silent City: Digitally Assembled Futuristic Megalopolises by Yang Yongliang Sleepless Wonderland, Lightbox, 2012 Sleepless Wonderland, Lightbox, 2012 (detail) Snake and Grenade, Lightbox, 2012 Snake and Grenade, Lightbox, 2012 (detail)