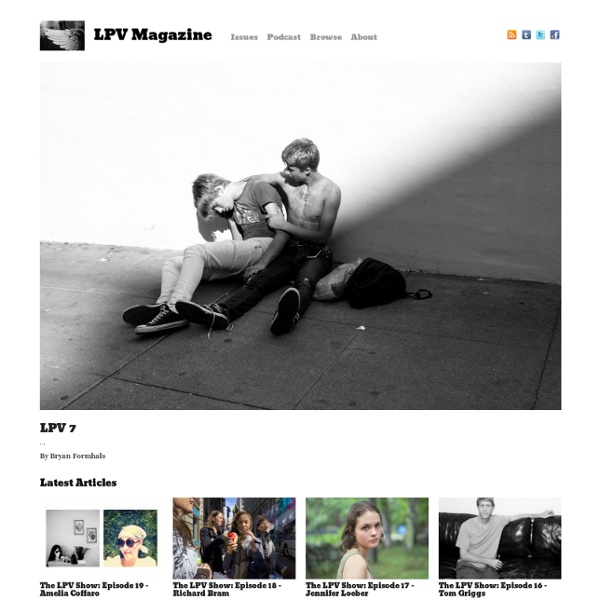 Matjaž Tančič Photography Matjaž Tančič (1982) is a Slovenian photographer of the younger generation, who lives and creates between Beijing and Ljubljana. He began his path as a photojournalist for Mladina magazine, but quickly made his way abroad – Matjaž is a graduate of the London College of Fashion. His photojournalistic roots can be sensed in his fashion work as well – the endless pursuit of fresh locations and that moment of spontaneity that is the trademark of journalistic photography. Matjaž has 60 group and 24 solo exhibitions behind him, with his work being featured in magazines such as Vogue, Marrie Claire, L Officiel, Playboy, Mercedes Benz Magazine, Modna, Inspire and Look de Book. He won a Sony World Photography Organisation 2013 contest in 3D category. He won a Slovenia Press Photo award 2012 in Nature chategory. He was among the 6 finalists in the 2009 "Google Photography Prize" contest.

aCurator Marc Yankus is a photographer and graphic artist. In his latest body of work, "The Space Between," he presents New York's architecture in an imaginary, yet hyper-real way. Marc sees things differently; we talked about him having almost synesthesic moments as he walks around New York. "I'm drawn to the majestic details and materials of classical historical buildings, many of which are hidden from view, tucked behind new architecture. There are 21 photographs in Marc's upcoming solo exhibition at ClampArt in Chelsea, New York, which opens April 3, 2014. Michael Bach is a photographer who enjoys modeling for other artists. I see strength in his photos,and ownership of his situation, and admirable braveness! "Today an experience seems to be truly lived only if with a chance of sharing it in order to obtain approbation, and this is the next step of a consumer society. france_louvre guell financialdistrict summer_solstice "My photography is a form of personal documentary. Bruce explains:

things magazine Submit - The Photographers Directory In Print Published biannually, 8 Magazine looks beneath the surface and shines a spotlight on the issues that shape our world. Over a period of ten years in publication, 8 magazine took the traditional format of words and pictures to a new level. For each issue, we chose a theme to explore, usually a contemporary issue that requires investigating and understanding, and seek the best ways to bring the subject to light. In the Oil issue, we wanted to look at the environmental devastation caused by oil, the wealth it creates, even the architecture it shapes. We featured Rena Effendi’s beautiful photographic essay on how oil has shaped her home city, Baku, Christopher Anderson’s urgent take how the petrodollar influences life in Venezuela, from his book Captiolio, and Kael Alford’s intimate look at what the catastrophic BP oil spill meant for the residents of Louisiana. Related stories: Other related articles: