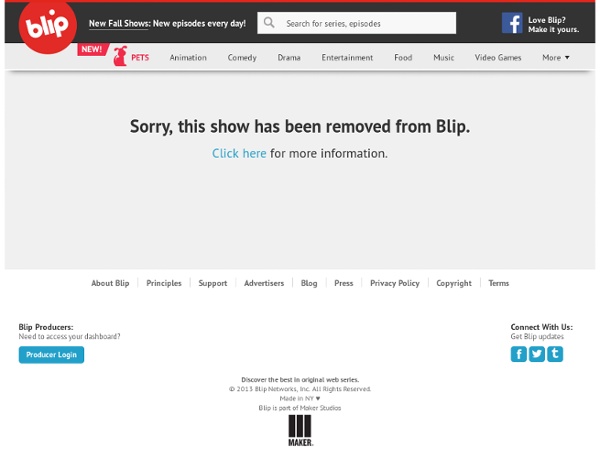 10 European Startups To Watch in 2011 When you hear Silicon Valley discuss the European startup scene it’s often negatively. Some say that the investors aren’t brave enough, some say the entrepreneurs aren’t bold enough. Whether there’s any truth in these accusations or not, the fact is that there are startups across Europe that are brimming with original ideas and creativity. Following on from our 10 Exciting European Startups from 2010, here are 10 startups to look out for in 2011. Pearltrees Tuesday Performances "The" Lloyd Davis is well-known in London circles for creating, with his 200 best friends, the Tuttle Club which was pretty much the closest thing London has ever seen to Silicon Valley tech culture. But it’s only one of about fifty three fascinating facets of this mercurial master of mysteries. Lloyd will tell us stories. He may show us some pictures. There may even be some thinking about the nature of community and, dare I say it, society.

SpaceNavigator From Second Life Wiki What is it? The 3DConnexion SpaceNavigator is a 3D mouse with 6 degrees of freedom which can be used in conjunction with Second Life's Joystick Flycam. How To Make Japanese Paper Dolls Last Sunday, I had a ball teaching the Brisbane Brown Owls group how to make "Ningyogami" - Japanese paper dolls. I think everyone was surpised at how easy they were to do. What you need * “Kimono” paper (I prefer Japanese Yuzen or chiyogami) about 5.5 x 12.5 cm * “Obi” and “collar” paper about 1.5 cm wide, the length doesn’t matter too much.

RDFa, Drupal and a Practical Semantic Web In the march toward creating the semantic web, web content management systems such as Drupal (news, site) and many proprietary vendors struggle with the goal of emitting structured information that other sites and tools can usefully consume. There's a balance to be struck between human and machine utility, not to mention simplicity of instrumentation. With RDFa (see W3C proposal), software and web developers have the specification they need to know how to structure data in order to lend meaning both to machines and to humans, all in a single file.

Black macaque takes self-portrait: Monkey borrows photographer's camera By Daily Mail Reporter Created: 10:08 GMT, 4 July 2011 To capture the perfect wildlife image, you usually have to be in exactly the right place at precisely the right time. But in this instance, David Slater wasn’t there at all and he still got a result. Soft Development Paths (Poverty) A tangible solution to global poverty and environmental degradation Sustainable development means different things to different people. This is a plan for making sustainable development completely tangible and real for the poorest half of the human race by creating a "soft development path" akin to the "soft energy path" presented by Amory Lovins et al. in the 1970s. The soft development path starts by facing real, tangible limits to growth.

Flycam From Second Life Wiki How do I enable Joystick Flycam? In Second Life 1.20 and newer where it became a formally supported feature, View menu > Joystick Flycam (Alt-Shift-F). To customize settings, go to Edit menu > Preferences > Input & Camera tab and click Joystick Setup. Origami Rose in Bloom (Part 1) Explore Publish Login|Sign Up share what you make With Instructables you can share what you make with the world, and tap into an ever-growing community of creative experts.

RDFa Primer We begin the introduction to RDFa by using a subset of all the possibilities called RDFa Lite 1.1 [rdfa-lite]. The goal, when defining that subset, was to define a set of possibilities that can be applied to most simple to moderate structured data markup tasks, without burdening the authors with additional complexities. Many Web authors will not need to use more than this minimal subset.

Play Wonderputt Check your security settings Connection issues are typically caused by security settings on your network or computer. Check that your firewall or router has port 5222 open and allowing traffic. If you are on a school or office network, you may need to contact your network administrator to make the necessary changes. Is your version of Flash current? Some old versions of Flash don't work well with our new chat application. State Failure On the stability doctrine side, my proposal is a system called State In A Box (SIAB.) SIAB revolves around an analysis of what the essential functions of the State are, and a systematic approach to migrate power to the best level for each essential function. Basically, in practice, this means three things. The 48 Hour Film Project: Machinima Returning in 2014 The 48 Hour Film Project will return to Machinima, probably in November. Filmmakers from all over the variety of virtual worlds and games will compete to see who can make the best short film in only 48 hours. The winning film will go up against films from around the world for the title "Best 48 Hour Film of 2014". Sign up for the Machinima mailing list and we will inform you when more information is available.

Todays IT ubiquity throws us into a pit of meaninglessness and insignificance. Therefor education needs to move beyond absorption learning and critical thinking towards developing learner creativity by dsp.pearls Dec 30