The Power of Teamwork - Funny Animation. 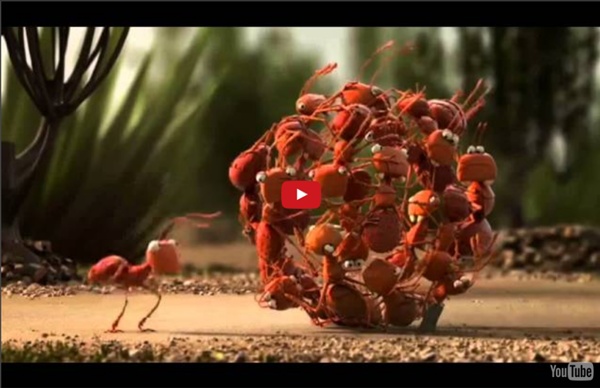 Free Resources Close If you are trying to view the videos from inside a school or university, your IT admin may need to enable streaming on your network. Please see the Internet Filtering section of our Technical Requirements page. DVDs AND OTHER COPIES Francis short film & analysis - Filmnosis This short film is an interesting case of adaptation from the written media to the visual one. Adapted from a short story by novelist and screenwriter Dave Eggars, the idea for the film was originally conceived when radio host Ira Glass, from the radio show “This American Life”, asked a number of writers to create a short story about “Adventure”. The story premiered first on the radio and was later turned into a short film. Director Richard Hickey chose to keep the voice-over, omniscient narrator, and used visuals to potentiate the story through the expressive qualities of the main character (both facial and body language), the staging, framing (for ex. portraying the character’s helplessness through wide shots of the boat in the middle of the lake), camera moves (some fast dollies, spinning cameras, etc.), off-screen space (for the unseen character), editing rhythm and sound.

"I Wonder" Questions: Harnessing the Power of Inquiry Overview Harness Student Curiosity Students always have questions. Human the movie HUMAN, a film by Yann Arthus-Bertrand. Turn on the Closed Captions (CC) to know the countries where the images were filmed and the first name of the interviewees. What is it that makes us human ? Is it that we love, that we fight ? That we laugh ?

Fishing In The Air #1 short film & analysis - Filmnosis Coming from France, this highly creative short presents one main character, an external conflict and a focus on surprise and humor. It was produced by French artist Mickaël Dupré during his studies at Ecole Emile Cohl, and is the first one of a three-part series. The action unfolds in front of a static camera, visual rhythm is handled entirely through motion within the frame. Comedy is created through surprise, off-screen space, physical humor (the author mentions Charlie Chaplin and Buster Keaton as influences) and unexpected behavior from the main character (such as blowing a hat for recovering balance). It relies heavily on sound to transmit this to the audience, and to create a joyous ambiance, which permeates the short.

theconversation The books we remember strongly as adults are often the ones we read as children. Not only do we remember particular books, but the emotions we experienced. Children’s books are reread and remembered over a lifetime, and many authors believe their best writing is for children. Rereading favourites is a good thing. With each rereading, deeper meanings emerge and understanding becomes richer. Sea Shepherd Did to a Swimming Pool What Humans Do to the Oceans Plastic pollution is recognized as a massive, global environmental issue, responsible for the deaths of over a million marine animals each year. It is a danger to all marine life including birds, sharks, turtles and marine mammals, causing injury and death through drowning, entanglement, or starvation following ingestion. It is also a danger to human life.

The Present This ELT lesson plan is designed around a moving short film by Jacob Frey titled The Present and the theme of teenagers. Students practice adjectives related to character and teenagers, watch the start of a short films, write a narrative and discuss the film. I would ask all teachers who use Film English to consider buying my book Film in Action as the royalties which I receive from sales help to keep the website completely free. Language level: Pre-intermediate (A2) –Intermediate (B1) Learner type: All ages

Critical thinking can help students become better global citizens - Asia Education Foundation - ABC Splash - Critical thinking is an essential component of life in the information age. It enables students to differentiate between fact and fiction, respectfully challenge information in the media, and debate complex cultural topics with confidence. A deep dive into the ancient old city of Delhi never fails to fascinate and educate participants on any Asia Education Foundation India study program. We usually start at the Jama Masjid, built in the 1600s as one of the largest mosques in India; we then move through bustling communities who live tightly packed into the narrow allies of the old city. In January this year, an Indian participant asked me whether the Islamic mosque was safe to visit.