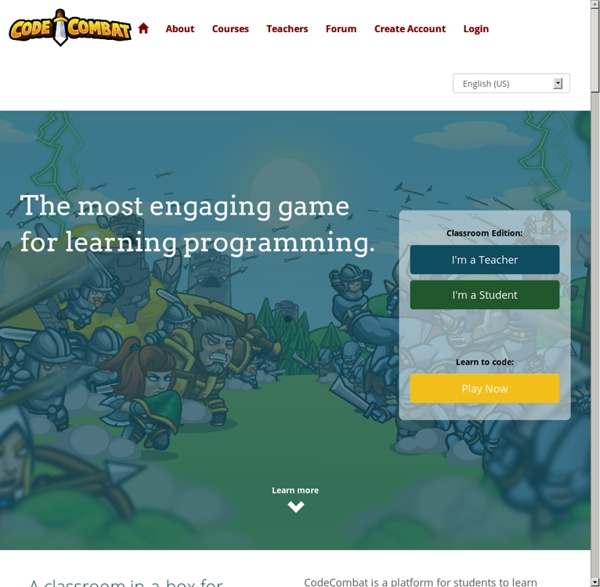 How the Bible and YouTube are fueling the next frontier of password cracking Early last year, password security researcher Kevin Young was hitting a brick wall. Over the previous few weeks, he made steady progress decoding cryptographically protected password data leaked from the then-recent hack of intelligence firm Stratfor. But with about 60 percent of the more than 860,000 password hashes cracked, his attempts to decipher the remaining 40 percent were failing. The so-called dictionary attacks he mounted using lists of more than 20 million passwords culled from previous website hacks had worked well. Augmented with programming rules that substituted letters for numbers or combined two or more words in his lists, his attacks revealed Stratfor passwords such as "pinkyandthebrain," "pithecanthropus," and "moonlightshadow."

Welcome, Inventors! App Inventor is a free, cloud-based service that allows you to make your own mobile apps using a blocks based programming language. You access App Inventor using a web browser (Chrome, Firefox, Safari). With these beginner-friendly tutorials, you will learn the basics of programming apps for Android devices. You will need: A Mac or Windows computer (see system requirements)An internet connection

Drag-and-Drop with jQuery: Your Essential Guide Home : Articles : Drag-and-Drop with jQuery: Your Essential Guide Tutorial by Matt Doyle | Level: Intermediate | Published on 17 February 2011 Categories: Learn how to use jQuery, and the jQuery UI Draggable and Droppable plugins, to create drag-and-drop interfaces in your web pages. Includes a full drag-and-drop card game example. Dragging and dropping can be a very intuitive way for users to interact with your site or web app. Teaching kids how to write computer programs, by Marshall Brain by Marshall Brain Quick Intro - If you are looking for a quick and easy way to teach your kid a real programming language, without downloading anything or buying anything, try these Python tutorials. Your kid will be writing and modifying code in just a few minutes.

D3 <div id="js_warning"><strong>JavaScript is turned off, so this page won&rsquo;t be very interactive.</strong> Switch JavaScript back on in your web browser for the full experience.</div> GleamCode, mon jeu pour apprendre à coder présenté par TRALALERE Children daily use and abuse of digital objects, but do they only know how they work? Is it magic that allows me to play or chat with my friends? What is there behind these familiar machines? Code, code and code!

7 Apps for Teaching Children Coding Skills It's hard to imagine a single career that doesn't have a need for someone who can code. Everything that "just works" has some type of code that makes it run. Coding (a.k.a. programming) is all around us. That's why all the cool kids are coding . . . or should be. Critical crypto bug in OpenSSL opens two-thirds of the Web to eavesdropping For a more detailed analysis of this catastrophic bug, see this update, which went live about 18 hours after Ars published this initial post. Researchers have discovered an extremely critical defect in the cryptographic software library an estimated two-thirds of Web servers use to identify themselves to end users and prevent the eavesdropping of passwords, banking credentials, and other sensitive data. The warning about the bug in OpenSSL coincided with the release of version 1.0.1g of the open-source program, which is the default cryptographic library used in the Apache and nginx Web server applications, as well as a wide variety of operating systems and e-mail and instant-messaging clients. The bug, which has resided in production versions of OpenSSL for more than two years, could make it possible for people to recover the private encryption key at the heart of the digital certificates used to authenticate Internet servers and to encrypt data traveling between them and end users.

the Hour of Code is coming On Monday, October 14, 2013, Code.org announced the “Hour of Code," a campaign to introduce 10 million students to one hour of Computer Science. Live stream of the announcement Microsoft, Google, Apple, Amazon, Bill Gates, Mark Zuckerberg, Jack Dorsey Among Those Joining Campaign Mapping with D3 - Maptime Boston A friendly introduction Andy Woodruff for Maptime Boston @maptimeBoston | @awoodruff Follow along! maptimeboston.github.io/d3-maptime Or get the code for examples: 12 games that teach kids to code Check out all of our GamesBeat Rewind 2015 end of the year coverage here. Coding is a big deal right now. Worldwide, 36 million kids have taken part in “Hour of code” activities, helping them become active, rather than passive users of technology and starting learning that might one day help secure a job in our increasingly tech-driven world.