What is dyslexia? - Kelli Sandman-Hurley 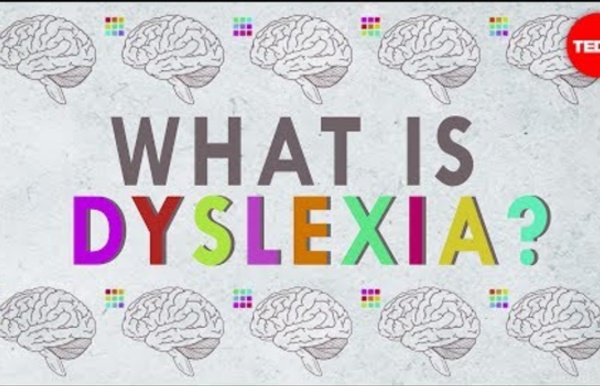 Astrophysicist Writes Brutal Response To WSJ Article Claiming Science Has Proven God Exists Recently – Christmas Day, in fact – the Wall Street Journal published an article by a Christian apologist who boldly declared that science was “increasingly” making the case for God, year-after-year. Eric Metaxas is best known as a biographical writer, but he is also lauded (in conservative circles) for his work promoting the pro-life movement and making sweeping, outrageous conclusions about the existence of God based on whatever tenuous evidence seems handy at the time. If sweeping, outrageous conclusions be Metaxas bread-and-butter, than his Wall Street Journal article is perhaps his magnum opus. It’s a doozy. After subtitling his work “The odds of life existing on another planet grow ever longer. Intelligent design, anyone?”

5 Ways to Support Students Who Struggle With Reading Comprehension When we think of reading issues, we often imagine children who struggle to decode the letters in text and turn them into spoken language. This type of struggling reader has a very difficult time figuring out what many of the words are and has poor phonological (speech-sound) skills. However, there are also many students who sound like they’re reading beautifully but have difficulty with understanding vocabulary and figurative language, inferencing, verbal reasoning, grammatical development, and oral expression. As children get older, if they are decoding text well we assume they are reading well. 25 Question Stems Framed Around Bloom's Taxonomy 25 Question Stems Framed Around Bloom’s Taxonomy While critical thinking is a foundation rather than a brick, how you build that foundation depends on the learning process itself: exposing students to new thinking and promoting interaction with that thinking in a gradual release of responsibility approach. Question stems can be a powerful part of that process no matter where the learner is. Assessment (pre-assessment, self-assessment, formative and summative assessment), prompting and cueing during discussion, etc. In that light, the following 25+ question stems framed around the early, non-revised Bloom’s Taxonomy are worth a gander.

Body Painter Transforms Humans Into Breathtaking Portraits Of Animals There’s more to this beautiful heron than meets the eye. It’s actually a human body covered intricately in paint. The stunning work was created by artist Shannon Holt, a body painter from Florida who’s known for her ability to transform the human body into a canvas for beautiful art. The piece is part of Holt’s “Florida Wildlife Series,” a collection of several animal portraits, all painstakingly drawn on human bodies. Each portrait is said to have taken Holt about six to 12 and a half hours to complete, according to Caters News.

Spelling: In Depth Learn about the different stages young children go through in developing their spelling skills and how phonetic or "invented" spelling can play an important role in helping children learn how to write. Children advance through identifiable stages in their development as spellers. These stages have been described by several different researchers but all derived from the research of Charles Read and Edmund Henderson in 1971. Researchers began to understand that learning to spell is not a matter of merely memorizing letter sequences, but of developing and applying linguistic knowledge as well as knowledge of letter-sound relationships and vowel patterns. Children’s spellings provide a window into their understanding of language, which is informative for understanding their reading as well as their spelling.

Handwriting in the Time of Common Core My father, who had no more than an eighth grade education, wrote in a beautiful Palmer hand. His oneroom schoolhouse education did not promise to take him far, but it did allow him to place words on paper in an elegant and readable manner. And, this skill had practical utility beyond its aesthetic beauty, since he worked for many years as a bookkeeper. But the public value of handwriting has diminished during the ensuing century. In fact, the Common Core State Standards (CCSS) don’t even mention handwriting, cursive, or manuscript printing. Nevertheless, It is evident that the standards writers expect kids to learn some form of these—since the standards explicitly call for students to engage in written composition; and this would be hard to do if one had no way of getting words on paper.

A Guy Created Hilarious Fake Animal Facts & Put Them Up At The Zoo If you've ever been to a zoo, you know that those little 'blurbs' on the animal signs can often go overlooked. Most people don't care what country the red-tailed hawk originated from or the typical shade of bamboo koalas prefers to snack on at night. Comedian Jeff Wysaski (aka Obvious Plant), decided to spice up those fun facts by making them, well, not facts at all. Lies, I guess you could call them. He then proceeded to post these new signs up all around the L.A. Differentiated Instruction for English Language Learners Each student comes to school, not only with unique academic needs, but also with unique background experiences, culture, language, personality, interests, and attitudes toward learning. Effective teachers recognize that all of these factors affect how students learn in the classroom, and they adjust, or differentiate, their instruction to meet students' needs. Getting Started Tomlinson and Imbeau (2010) describe differentiation as creating a balance between academic content and students' individual needs.