The 12 Habits Of Highly Collaborative Organizations 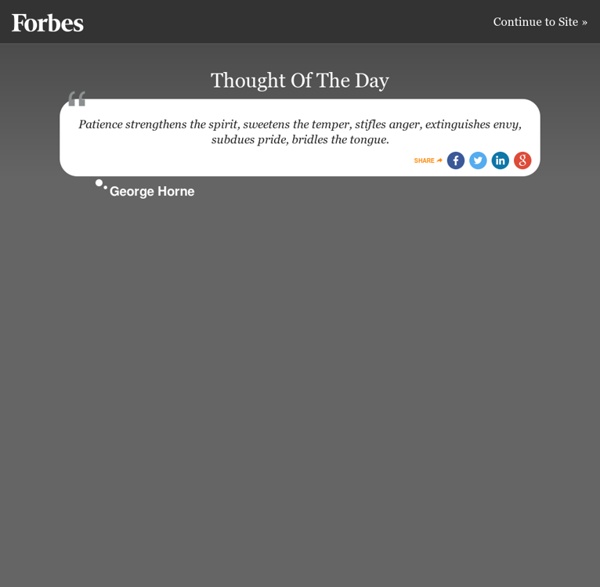 10 Ways Today's Purpose-Driven Brands Can Bring Their Core Values To Life Today’s brand must live and breathe through its core values in order to survive. Purpose is king, and there’s no turning back. When 87% of global consumers believe business should place equal weight on societal issues and business issues, the better a brand brings its societal purpose to life in everyday operations, the more successful both business and social impact will be. With our planet in a rapid state of decline--climate change, loss of biodiversity, disparity of wealth, obesity, water scarcity, the list goes on--companies will increasingly be viewed as either part of the solution or problem. But since the way businesses convey values will ultimately determine success, how brands authentically position in a way that is meaningful and relevant has never been more important. One look into a Whole Foods, for instance, and you can see CEO John Mackey has core value positioning mastered. Here’s a look into 10 ways today’s purpose-driven brand can bring its core values to life:

The end of bosses « FullStart 0inShare Published on October 14, 2013 in Knowledge by Walter Chen The most innovative tech companies today aren’t just inventing new technology, they’re also building totally new kinds of companies. Instead, these companies have a flat organizational structure of makers without a middle-management layer. How does anything get done? I admit that I was extremely skeptical about bossless companies when I first heard about them. What’s at stake can’t be understated. In place of hierarchy, authority and control, bossless companies run on accountability, autonomy and trust. How bossless companies do it 1. The essential ingredients of peer management like trust, accountability, peer feedback, and decision-making autonomy rely on transparency of information. Companies like Foursquare and Buzzfeed use a system called Google snippets, which is an internal database where every employee writes down what they’ve been getting done — as pioneered by Google. 2. 3.

How companies kill creativity FORTUNE -- Let's say you lead a team of creative types -- marketing mavens, designers, copywriters, photo editors, graphic artists, or anyone else your company counts on to come up with fresh, compelling ideas and images. Maybe you've noticed over the past year or two that their output just doesn't sparkle the way it used to. That's fixable, says a new study, but only if you're willing to let creative pros step off the daily treadmill of emails, meetings, and memos. iStock by Getty Images, an online photo and video service, recently polled 400 "creatives" and found that 60% of them had "great ideas" in the past year, but didn't have time to follow through with them. Nearly three-quarters (70%) said they need more "creative time," and 63% said they're so busy doing mundane tasks that there is no time left over for "creative reflection and inspiration." Almost one in four (23%) said they spend only about two hours a day on creative work. MORE: Top 10 law schools in the U.S.

Inside GitHub's Super-Lean Management Strategy--And How It Drives Innovation ⚙ Co Imagine you could run a company on autopilot: no tier of “managers,” just people creating value by doing what they love and letting the rest fall into place. How much money would you save by eliminating all that bureaucracy? How much faster could you move? How much conflict could you erase? There is at least one company that has been experimenting to get closer to the ideal: GitHub. If you’re not familiar with GitHub, ask a programmer. What GitHub has done is taken the practice of open-source collaboration--which is done on something akin to a volunteer basis--and applied them to the organization of their entire company. This is a story about how to run a company, but more specifically, how to run a company that embraces open-source culture--and how the seemingly counter-intuitive principles behind open-source culture seem to be good for GitHub, which is growing quickly, and also apparently just good for its product. The Formula Is Open Allocation Why Company Structure Matters Speakers

What Great Companies Know: Retention Is Critical For Real Success The aftermath of 2008 economic downturn saw employee turnover plummet as most employees decided to hunker down in their jobs. Turnover went from 35.7 percent in 2007 to 23.6 percent in 2009, but now it’s gradually inching back to its earlier, pre-recession level. The U.S. Department of Labor reports that it reached 26.5 percent in 2011, and this year, it’s projected to cross the 30 percent mark again. As Baby Boomers pass the baton to younger shoulders, mediocrity dies a slow death, and talent poaching becomes a norm, giving rise to the harsh truth of employee turnover. Most employee retaining strategies have always revolved around things like this: Fatter Paychecks, Better Benefits, Rewards and Recognition, Flexible Work timings, Cushy work environment, Training and Development sessions, Recreational activities, Career Growth, Healthy Relationship between Co-workers and Senior Management, Special benefits (for star employees), etc. Which is nearly everything! Reasons that strategies fail

Givers take all: The hidden dimension of corporate culture - McKinsey Quarterly - Organization - Talent After the tragic events of 9/11, a team of Harvard psychologists quietly “invaded” the US intelligence system. The team, led by Richard Hackman, wanted to determine what makes intelligence units effective. By surveying, interviewing, and observing hundreds of analysts across 64 different intelligence groups, the researchers ranked those units from best to worst. Then they identified what they thought was a comprehensive list of factors that drive a unit’s effectiveness—only to discover, after parsing the data, that the most important factor wasn’t on their list. The critical factor wasn’t having stable team membership and the right number of people. It wasn’t having a vision that is clear, challenging, and meaningful. Rather, the single strongest predictor of group effectiveness was the amount of help that analysts gave to each other. The importance of helping-behavior for organizational effectiveness stretches far beyond intelligence work. Give, take, or match Reciprocity rings Dream on