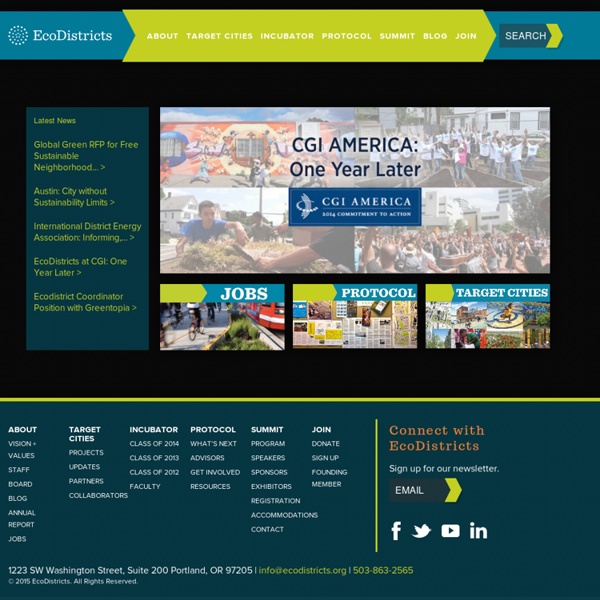 Green Futures Lab Forterra The Cascade Agenda is a 100 year action plan for the lands and communities of our region. It is based on the input of thousands of residents across our region and offers pragmatic solutions to the challenges and opportunities created by our tremendous population growth. The Cascade Agenda’s collective vision is grounded in the belief that a broad coalition can achieve fundamental change. It is a balanced approach to conservation and community building that encourages collaboration across all sectors and considers environmental, social, and economic needs. The Cascade Agenda brings together business, civic and government leaders to accomplish two big goals: 1. A Critical Moment in History The Cascade Agenda is a recognition that the Puget Sound region is at a critical moment in history. Our Shared Vision The Cascade Agenda is a collective vision for the region. Accomplishing the Agenda’s bold goals will require leadership from every sector and a voice from every constituency.

Architecture 2030: The 2030 Challenge Buildings are the major source of global demand for energy and materials that produce by-product greenhouse gases (GHG). Slowing the growth rate of GHG emissions and then reversing it is the key to addressing climate change and keeping global average temperature below 2°C above pre-industrial levels. To accomplish this, Architecture 2030 issued The 2030 Challenge asking the global architecture and building community to adopt the following targets: All new buildings, developments and major renovations shall be designed to meet a fossil fuel, GHG-emitting, energy consumption performance standard of 60% below the regional (or country) average/median for that building type. These targets may be accomplished by implementing innovative sustainable design strategies, generating on-site renewable power and/or purchasing (20% maximum) renewable energy. Please visit our Frequently Asked Questions section for more in-depth information on the 2030 Challenge.

Blue Prints for Taming the Climate Crisis - NY Times Photo Here’s what your future will look like if we are to have a shot at preventing devastating climate change. Within about 15 years every new car sold in the United States will be electric. In fact, by midcentury more than half of the American economy will run on electricity. Up to 60 percent of power might come from nuclear sources. And coal’s footprint will shrink drastically, perhaps even disappear from the power supply. This course, created by a team of energy experts, was unveiled on Tuesday in a report for the United Nations that explores the technological paths available for the world’s 15 main economies to both maintain reasonable rates of growth and cut their carbon emissions enough by 2050 to prevent climatic havoc. It offers a sobering conclusion. “This will require a heroic cooperative effort,” said Jeffrey D. That is less than a tenth of annual American emissions per person today and less than a third of the world average. Big challenges remain.

Where on Earth are we going? - Maurice Strong (Book) The Great Turning: An Epic Passage Choosing Our Future The capacity to anticipate and choose our future is a defining characteristic of the human species. We must now choose between two contrasting models for organizing human affairs. Empire, which has prevailed for some 5,000 years, organizes by principles of elite domination and competition to appropriate the resources of the society for exclusive benefit of the few. Our common future depends on navigating a Great Turning from the dominator cultures and institutions of Empire to the partnership cultures and institutions of Earth Community. All but the most psychologically damaged humans want the same thing. Apologists for Empire maintain that we humans are by nature self-centered, materialistic, and driven to violent winner-take-all competition. The institutions of Earth Community, by contrast, nurture and celebrate higher order human capacities for love, cooperation, and service to community, which define our true potential. ...see "The Great Turning in Bullet Points."

More Earthly Advice for Obama Former Vice President Al Gore has joined the list of people offering environmental advice to President-elect Barack Obama. This photograph was taken in June, when Mr. Gore endorsed Mr. Obama as a candidate. Former Vice President Al Gore and Paul and Anne Ehrlich, the prize-winning ecologists and authors at Stanford University, have weighed in with suggestions for President-elect Barack Obama. Interestingly, Mr. As Mr. “[T]hose who spend hundreds of millions promoting “clean coal” technology consistently omit the fact that there is little investment and not a single large-scale demonstration project in the United States for capturing and safely burying all of this pollution. It’ll be interesting to see whether he and others can overcome the persistent power of “cool coal” (as I nicknamed this concept recently). Below is a summary of their seven steps, which include reducing Earth’s population over time to fewer than three billion people (as families choose to have fewer children).

Two Energy Scenarios What will the future look like? The present includes women weeding the lawn in front of a new building in Astana, Kazakhstan. (Joseph Sywenkyj for The New York Times) Like many institutions and individuals, Shell, the oil giant, is trying to divine what lies ahead in a world with limited energy options, a fast-growing energy appetite, and a climate system almost assuredly disrupted should carbon dioxide emissions from today’s fuels of choice continue their seemingly inexorable rise. Scavenging for food scraps in a Haitian dump. Earlier this month, the company’s forecasters produced two energy scenarios for the next two generations, which they call “the world of scramble” and the “world of blueprints.” Scenarios can be a useful thought experiment. Exercises aside, the real future will likely be a messy mix similar to the present — just more so. So let’s see what Shell’s energy futures look like. SCRAMBLE WORLD. Is there any merit to trying to create blueprints?

Western Washington Chapter Society will collapse by 2040 due to catastrophic food shortages, says study - Climate Change - Environment The model, developed by a team at Anglia Ruskin University’s Global Sustainability Institute, does not account for society reacting to escalating crises by changing global behaviour and policies. However the model does show that our current way of life appears to be unsustainable and could have dramatic worldwide consequences. Dr Aled Jones, the Director of the Global Sustainability Institute, told Insurge Intelligence: "We ran the model forward to the year 2040, along a business-as-usual trajectory based on ‘do-nothing’ trends — that is, without any feedback loops that would change the underlying trend. "The results show that based on plausible climate trends, and a total failure to change course, the global food supply system would face catastrophic losses, and an unprecedented epidemic of food riots. "In this scenario, global society essentially collapses as food production falls permanently short of consumption." Loading gallery Environmental Photographer of the Year 2015 1 of 15