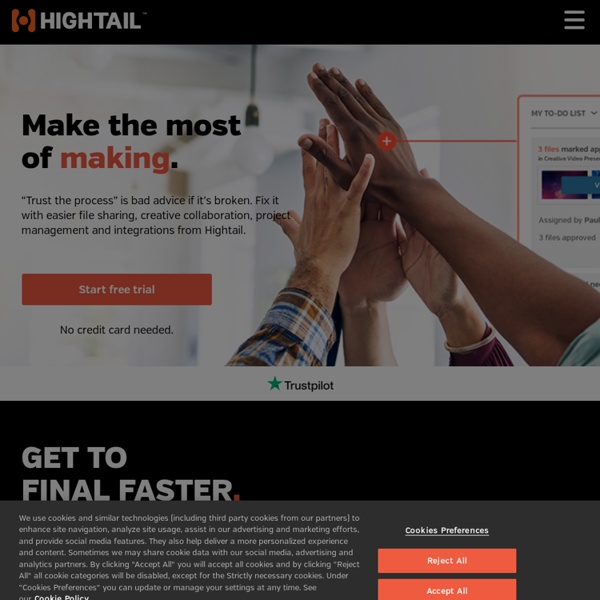 SOPA, Internet regulation, and the economics of piracy Earlier this month, I detailed at some length why claims about the purported economic harms of piracy, offered by supporters of the Stop Online Piracy Act (SOPA) and PROTECT-IP Act (PIPA), ought to be treated with much more skepticism than they generally get from journalists and policymakers. My own view is that this ought to be rather secondary to the policy discussion: SOPA and PIPA would be ineffective mechanisms for addressing the problem, and a terrible idea for many other reasons, even if the numbers were exactly right. No matter how bad last season's crops were, witch burnings are a poor policy response. Fortunately, legislators finally seem to be cottoning on to this: SOPA now appears to be on ice for the time being, and PIPA's own sponsors are having second thoughts about mucking with the Internet's Domain Name System. Decreasing creative output?

New Media, Marketing, Advertising & Interactive News & Jobs You know you’re working in UX when … I’m sure you’ve heard the expression 'Never work with children or animals' right? Well, after you’ve read this lot, I reckon you’ll want to add participants, facilitators and even clients to this list. You see, since my last blog I’ve spent a few weeks “playing journalist” sourcing weird, wonderful and downright bizarre stories from the UX (User Experience) Community. The idea came to me while I was telling a friend how I had to sit throughout a whole study earlier this year in Norway, trying not to crack up every time a participant had to fill in his name on a form.

ShareLarge Files A Snap File sharing services are not as popular today as they were four years ago. It’s not that people are sharing any less. Rather, they just found easier ways to do it. DuckLink - Design Software DuckCapture: simple and ease-to-use screen capture tool Read More Review about DuckCapture by FindMySoft.com DuckCapture comes with four capture modes that make screen capture easy! File sharing Types of file sharing[edit] Peer-to-peer file sharing[edit] File sync and sharing services[edit] Cloud-based file syncing and sharing services allow users to create special folders on each of their computers or mobile devices, which the service then synchronizes so that it appears to be the same folder regardless of which computer is used to view it.

Download the Windows Media Player Firefox Plugin - Port 25: The Open Source Community at Microsoft You must close all other browser windows before installing. File size: 302K Platforms: Windows XP SP2 (x86) Windows XP SP2 (x64) Windows Vista (x86) Windows Vista (x64) Windows 7 (x86) Windows 7 (x64) Get Paid To $ Multiple Ways To Earn $ Clicks And Cash $ Home Cash Loan Companies and Brokers The Cash stock plays an agent for loans to money- making consumers, that’s, it doesn’t accept loans on to its balance sheet, alternatively broking 3rd- party- sourced loans for that it picks up a fee. In the backwash of the globose fiscal crisis, The Cash Store straightened an electronic network of more than eighty branches along the easterly seaside but is at present in overhasty retreat. It’s commenced a programme of closing down or coalescing branches which are unviable. same day loans direct lenders

File storrage colab "The BOX" Last Updated August 2, 2010 1. Definitions the tutorial builder The first step is to open Hacker News in your favorite browser ENTER your username and password and CLICK Login Enter the title of your article and the url and CLICK Submit. UNESCO's bizarre World Anti-Piracy Observatory Claude sez, UNESCO announced the launch of its World Anti-Piracy Observatory in a YouTube video on April 21, 2010, but according to French Wikipedia - an entry coyly started as "193.242.192.9" - the idea hearkens back to 2005, and reeks of it. Particularly notable: WAPO's "collection of national copyright laws", where each country's page is linked to a "Disclaimer" in which UNESCO claims copyright on the content of the collection and restricts its use to educational, non commercial purposes - even though in most cases, they simply downloaded the copyright law from the official site, renamed the file and re-uploaded it on the UNESCO server. There are also some gems of inaccuracy in the countries' PDFs that are linked to in the sections of WAPO that are listed in the left column - but putting copyright laws that are either in the public domain or copyrighted to the country's parliament under UNESCO's own copyright is the next-to-worst one. World Anti-Piracy Observatory (Thanks, Claude!)