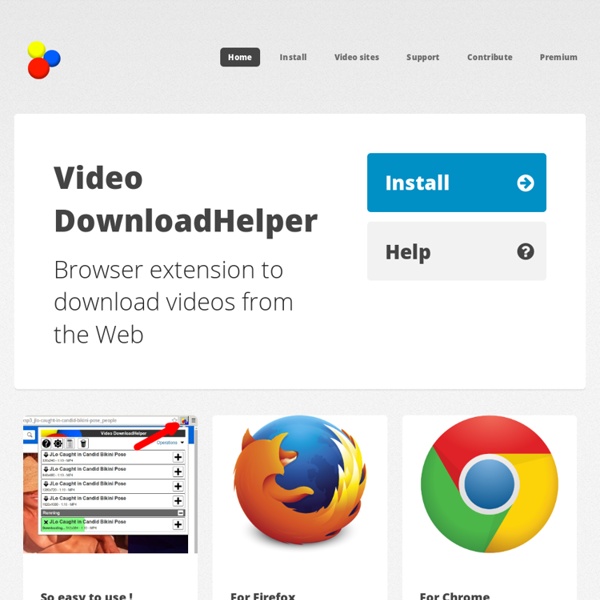 Englishland April Fool’s Day is the 1st day in April. It is celebrated in the United States, England, France, Scotland, Italy, Spain, Portugal, Sweden, Germany and Norway. The custom of shouting “April Fool!” comes from the United States. Nobody knows where the “April Fish” comes from. Perhaps, because April has the best fishing or because the zodiacal sign of Pisces rules in April. User:Sardisson/Gecko is Gecko a rough draft of some thoughts on what to tell web designers and web application developers about browser sniffing and Gecko browsers Many designers and developers tailor their websites to specific browsers and then use user-agent sniffing to send different bits of code to different browsers. This is a poor practice for a number of reasons: Browsers you’ve never heard of Browsers that get renamed Browsers that switch rendering engines Robots and search engines Web-enabled desktop applications … Developing for Web Standards

McAfee URL Shortener Firefox Add-on McAfee has joined the URL shortening game (alongside known favorites such as bit.ly, saf.li, ow.ly, etc.) with their new service, mcaf.ee. This service is designed to provide the web community with piece of mind knowing that any link referred to by mcaf.ee is secure, containing no malware and not pointing to a malicious site. To celebrate this exceptional service, we’ve developed a Firefox add-on which makes using this service a breeze. After installing this add-on from the Firefox add-on site, you will be able to right-click either on the page in any location to receive a short URL for the current page or on any link in the site and receive a short URL for the link target.

78 Tools for Writing and Previewing Markdown Markdown is a text-based markup language created by John Gruber in 2004 as a way to write in an easy-to-read format that can be converted into HTML. It uses a very simple formatting syntax of familiar punctuation and characters, which makes writing content for the web a faster and more intuitive experience. As Markdown grows in popularity, new tools and applications have sprung up to cater to writing, converting and previewing the markup language. From tutorials, WordPress plugins and books to dedicated Markdown Service Tools for OS X, there is a wealth of excellent resources available. This post concentrates on 78 of the best tools and applications for writing and previewing Markdown, including resources for Windows, Mac OS X, iOS and the web.

Local Shared Object Local shared objects (LSOs), commonly called Flash cookies (due to their similarities with HTTP cookies), are pieces of data that websites which use Adobe Flash may store on a user's computer. Local shared objects have been used by all versions of Flash Player (developed by Macromedia, which was later acquired by Adobe Systems) since version 6.[1] Flash cookies, which can be stored or retrieved whenever a user accesses a page containing a Flash application, are a form of local storage. Similar to that of cookies, they can be used to store user preferences, save data from flash games, or to track users' Internet activity.[2] LSOs have been criticised as a breach of browser security, but there are browser settings and addons to limit the duration of their storage. Storage[edit] Local shared objects contain data stored by individual websites.

HTTPS Everywhere Today EFF and the Tor Project are launching a public beta of a new Firefox extension called HTTPS Everywhere. This Firefox extension was inspired by the launch of Google's encrypted search option. We wanted a way to ensure that every search our browsers sent was encrypted. At the same time, we were also able to encrypt most or all of the browser's communications with some other sites:

Phonics Worksheets "These phonics worksheets rock! Thank you :)" -- Paul B., Fort Collins, CO, 11/29/13 Like these materials? Reducing memory usage - Firefox From MozillaZine Knowledge Base (Redirected from Memory Leak) For most users, Firefox doesn't use an abnormally large amount of memory. For others, however, Firefox's memory consumption is a major problem. This article discusses how to lower Firefox's memory consumption.