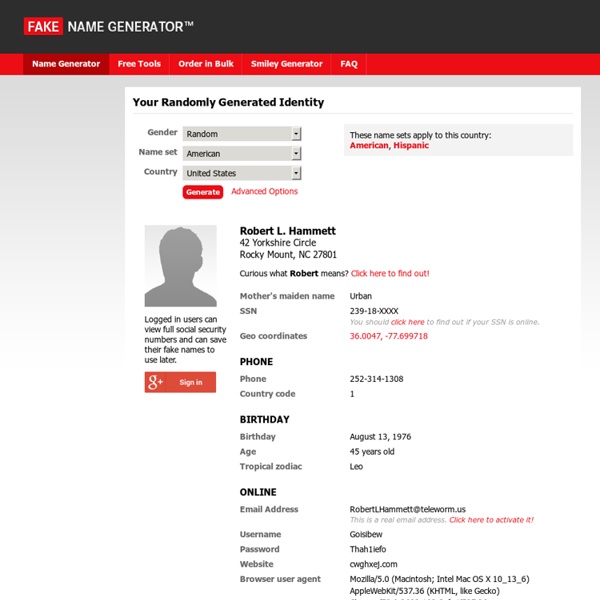 How to stop DNS leakage while using a VPN The DNS leakage problem explained Whenever you type a domain name, your Internet browser contacts a DNS server and makes a DNS Query. Most Virtual Private Network providers fail to mention that while your connexion is encrypted using a VPN there is a high chance that a DNS leak will occur and your ISP will still be able to see what you are doing over the internet. The problem occurs primarily when routers and computers are set to use automatic DHCP, this can force name lookups to bypass the name server supplied by the active VPN connection and instead use the one supplied by your ISP which allows them to see the websites you visit. DNS leak test If you want to check if you suffer from DNS leakage, connect to your usual VPN/proxy and visit

20 Gifs That Explain How Things Work Sometimes you just need an image to help you understand something. And if that image is in motion and shows you something that you otherwise would never see, all the better. Below is a set of animated gifs that show us how certain things work. What happens when we swallow. How keys and locks work. How ants walk. Raymond Wang: How germs travel on planes Close Help with subtitles Desktop / laptop users: please make sure you have the most updated versions of your browser and Flash player, and that Flash is enabled when you visit TED.com. iOS users: to access subtitles, start playing the video, then tap the speech bubble icon that appears in the bottom row of video controls. Android users: although Android devices do not support subtitles, you can download the TED app from the Google Play store.

Never Talk to the Police By Dave Hitt on Mar 31, 2010 in Featured, Police State What’s the best response when a cop asks you something? Silence, or a short, polite non-answer. How to be “Stealth” Homeless “There, but for the grace of God, go I” goes the old canard, usually in reference to a disheveled homeless person, dressed in rags sitting on a street corner begging for change and smelling of b.o. What you are seeing is the result not of homelessness, per se, but dysfunctionality in general, due to substance abuse, mental illness and a host of other contributing factors. You may see homeless people everyday and never suspect them. Conversely, that panhandler on the street corner may not be homeless at all. But, perhaps, you have that fear in the back of your mind that such a fate could happen to you. Maybe you work a crappy job, living from pay check to paycheck “one paycheck away from living on the street” or maybe you remain in an abusive relationship in exchange for the security of a place to live.

Phantom - System for generic, decentralized, unstoppable internet anonymity The Phantom protocol is a system for decentralized anonymization of generic network traffic. It has been designed with the following main goals in mind: 1. Completely decentralized. - No critical or weak points to attack or put (il)legal pressure on. Steampunk (Wallpaper of the Week) This weeks wallpaper falls under the "Steampunk" category. Done in varying shades of textured brown and yellow the image features gears, chains and a time piece. There's not much high contrast in this weeks wallpaper and desktop icons are visible but not prominent.

Undocumented iOS Features left Hidden Backdoors Open in 600 Million Apple Devices A well known iPhone hacker and forensic scientist has unearthed a range of undocumented and hidden functions in Apple iOS mobile operating system that make it possible for a hacker to completely bypass the backup encryption on iOS devices and can steal large amounts of users’ personal data without entering passwords or personal identification numbers. Data forensics expert named Jonathan Zdziarski has posted the slides (PDF) titled “Identifying Backdoors, Attack Points, and Surveillance Mechanisms in iOS Devices” showing his findings, from his talk at the Hackers On Planet Earth (HOPE X) conference held in New York on Friday. Jonathan Zdziarski, better identified as the hacker "NerveGas" in the iPhone development community, worked as dev-team member on many of the early iOS jailbreaks and is also the author of five iOS-related O'Reilly books including "Hacking and Securing iOS Applications."

100 Items to Disappear First 100 Items to Disappear First 1. Generators (Good ones cost dearly. Gas storage, risky. Marginal Revolution: How to disappear Tips from a teacher (markets in everything): There are three key steps to disappearing. First, destroy old information about yourself. Call your video store or electricity company and replace your old, correct phone number with a new, invented one. Introduce spelling mistakes into your utility bills.