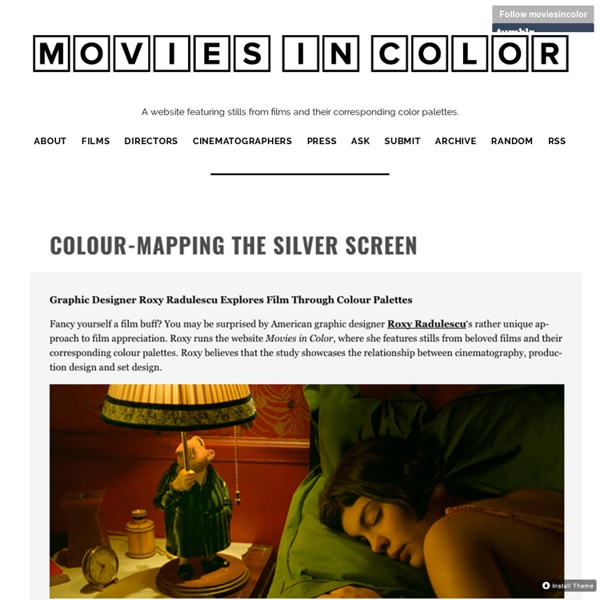 Steven Soderbergh: State of Cinema First of all, is there a difference between cinema and movies? Yeah. If I were on Team America, I’d say “Fuck yeah!” [laughter] The simplest way that I can describe it is that a movie is something you see, and cinema is something that’s made. laws Organization makes a system of many appear fewer. The home is usually the first battleground that comes to mind when facing the daily challenge of managing complexity. Stuff just seems to multiply. There are three consistent strategies for achieving simplicity in the living realm: 1) buy a bigger house, 2) put everything you don’t really need into storage, or 3) organize your existing assets in a systematic fashion.

Top 10 Greatest Cinematographers Movies and TV Cinematography is, in many ways, a thankless job. Everyone knows what their basic purpose is, how important it is to the film, and how visual images are often the most memorable, and yet many would struggle to name even one cinematographer. In the history of film, the role of the cinematographer is an often neglected one, and yet they have been as important and influential as directors, writers and actors. To commemorate them, here is a list of the ten greatest and most influential cinematographers. Tips for developing hue and lighting After posting this piece on Facebook I was surprised to receive a lot more attention from fellow artists than usual. In my spare time I do a lot of studies like this. Some are more focused on lighting, others on structures and styles.

Free textures for your next web project Nothing like a field of beautiful flowers. Download Download These lovely water-colorful dots will make your designs pop. Download Quentin Tarantino Lists His Favorite Films Since 1992 Yup, we mentioned Quentin Tarantino last week, and we’re doing it again this week because Rosario has unearthed this nice clip. In six snappy minutes, Tarantino (director of Pulp Fiction, Reservoir Dog, Inglorious Basterds, etc) lists his favorites films made since 1992 — when he, himself, started making films. You’ll know some of these titles, but likely not others. Related Content: