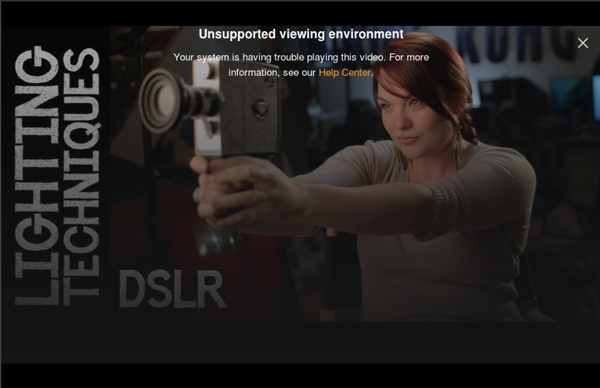 Guillaume Ménant | Photographe Amateur | Rennes 11 Frequently Asked Questions about After Effects People love After Effects and for the most part After Effects loves you back. But sometimes you just want to throw it out of the window because you can't understand why something is not working the way you were hoping. In this week's article, Topher attempts to answer some of the more frequent questions that appear in forums and comments. Hounding forums here and there, I find myself answering and reanswering the same questions over an over again. Things that are so basic, yet most people can't figure them out because they aren't obvious or the answer isn't spelled out for them. Previewing Audio In After EffectsThere are three ways to RAM Preview in After Effects.

How to green screen: create great video effects | Video production Green screens have become an essential tool for film makers, and how to green screen is one of the first things people working in video will tackle. They can transport a subject anywhere, limited only by the imagination. But if you thought that this movie-making technique was reserved just for the big shots in Hollywood, then think again. Also read: Create movie-style horror effects Setting up your green screen A common question is ‘does the screen have to be green?’ Green and blue can both be used as they differ the most in hue from human skin colour; this enables the filmmaker to easily differentiate between the background and the subject of the film. Once you have your green screen, you need to think about lighting. Five top tips for lighting Use softbox lights as they cover the green screen really evenly. Editing your green screen video What is the best software for a beginner to use for editing their green screen video? Three top tips for editing 1. 2. 3. Words: From our friends at Vimeo

Type of Shots | Directing Movies Different Sizes of Shots- One of the major distinctions among types of shots is the shot size. The shot size identifies how large and area will be visible within the frame. Among the following common shot sizes the distance between the camera and subject varies. Types of Shots Extreme wide shot (EWS) shows a broad view of the surroundings around the character and coveys scale, distance, and geographic location.Wide shot (WS) shows an entire character from head to toe.Medium wide shot (MWS) shows a character usually cut off across the legs above or below the knees. Shots with different camera angles. Horizontal camera angles. Types of Horizontal Camera Angles Vertical camera angles Moving the camera around the subject vertically while aiming at the subject creats different camera angles Types of Vertical Camera Angles High angle The camera is placed above eye level, looking downward. POV Shots In a point of view (POV) shot, the camera is placed at the eye position of a character. Dolly vs.

Lighting Basics Series I: Where to place your KEY LIGHT We got wonderful feedback from our survey and wanted to write a post based on your wishes ASAP. One of the most popular requests was for lighting instruction. In the HD world and film, lighting is king. Knowing how to light and not just rely on available light is what being a cinematographer is all about. I thought I would do a series of posts that will address the basics in lighting and use my film “The Greatest Game Ever Played” as an example for all of them. The key light is the most important light you can place. Once you block the scene with the actors, it’s time to think about the best way to light the scene, and where the key light should come from. I look at the actors blocking and how best to let them move within a space when deciding where that key light should go. Marking actors is a great idea to get them in the ball park for camera line ups but after that, I try to lose them so that they feel natural and organic in a space and not worry about the marks.

Strobist Cinematic techniques Basic definitions of terms[edit] Aerial shot: A shot taken from a plane, helicopter or a person on top of a building. Not necessarily a moving shot. Backlighting: The main source of light is behind the subject, silhouetting it, and directed toward the camera. Bridging shot: A shot used to cover a jump in time or place or other discontinuity. Camera angle: The angle at which the camera is pointed at the subject: Low High Tilt. Cut: The splicing of two shots together. Cross-cutting: Cutting between different sets of action that can be occurring simultaneously or at different times, (this term is used synonymously but somewhat incorrectly with parallel editing.) Continuity cuts: These are cuts that take us seamlessly and logically from one sequence or scene to another. Deep focus: A technique in which objects very near the camera as well as those far away are in focus at the same time. Dolly: A set of wheels and a platform upon which the camera can be mounted to give it mobility. Sound[edit]

Lighting Basics: Going With What is Available The exciting thing about the Arri Alexa, F-3 and the new wave of DSLRs is their high ISO range to minimum noise ratio. This has opened up a whole new way to light as a cinematographer. Whether it be daylight interior or exterior, dawn, dusk, night exterior or interiors the option now exist to use available light in new ways, as well as working with less. On the films that I shot prior to Act of Valor, our lighting package fit into a 48’ semi truck along with multiple 10-ton truck drop loads to expose film. Here is a perfect example. The building on the left that has a coolish tone was smoking hot. Here are the units that lit the Plaza: My lighting package now is pretty much everything you can either purchase from Home Depot or out of a Grainger catalog. 4-Single bulb shop fluorescents w/ cool white tubes, with daylight & tungsten bulbs. 4-Dbl Bulb shop fluorescents w/ cool white tubes, with daylight & tungsten bulbs. 6-MR-16 50 Watt Flood screw in household socket 4-50’ 12 Gauge Stingers

Blogger: Using Video on Your Blog Overview of Blogger: Blogger is a helpful blogging tool powered by Google. If you already have a Gmail account, chances are you've spotted blogger in the toolbar before, and, you won't even need to make a new account to get started. File Formats and Sizes: Blogger isn't upfront about the file formats it supports, or the file size limits it allows for video uploads. Preparing to Upload Your Video: To prepare your video to be posted to Blogger, you'll need to compress it so that you achieve the highest quality with the smallest file size possible. Posting Video with Blogger: To post your video to Blogger, simply log in to your Google account and hit the 'post' button, which looks like an orange marker. There are several options for putting video on your Blogger site. If you've already posted a video to YouTube, you can post the video to Blogger by embedding it on your blog. Posting Videos With Android and iPhone: Blogger offers a simple layout and flexible settings for posting video.