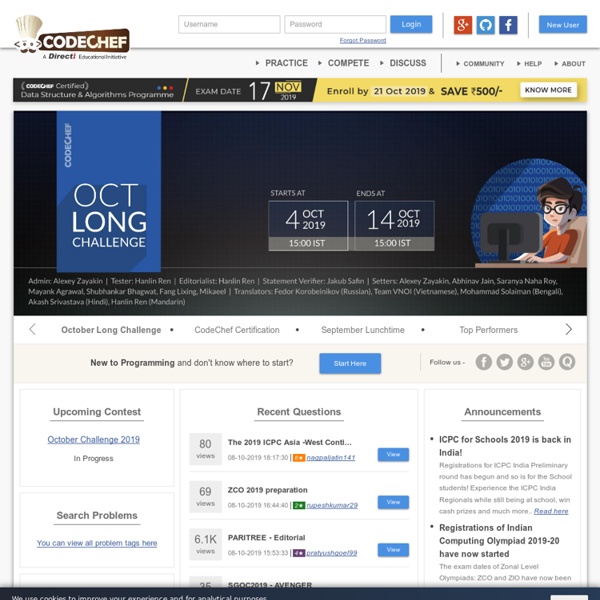 Programming Languages and Tools. Verification and Testing Ensuring correctness of programs is crucial for software development. The focus of this research is to build tools and techniques to ensure that a program meets its specification. The Q program verifier brings together state-of-the-art tools to enable automated verification of programs written in a variety of programming languages, leveraging symbolic search techniques. Q stands out from its competition in its unique support for analyzing concurrent, multi-core, as well as distributed systems. 15+ Ways of Teaching Every Student to Code (Even Without a Computer) According to Code.org, 90 percent of U.S. schools are not teaching any computer science. Eyebrows were raised in 2013 as the U.K. passed a plan to educate every child how to code. In 2014, Barack Obama made history as the first U.S. president to program a computer. Yet critics claim that often only the more affluent schools offer computer science courses, thus denying minorities potential to learn the skills required by the 1.4 million new jobs that will be created during the next ten years. In my opinion, parents of every student in every school at every level should demand that all students be taught how to code.

E-Learning Challenge #24: Create a Simple E-Learning Game View the e-learning game I know there are a lot of folks in the community who are looking to build games in Storyline, or who just want to know more about using games in e-learning. If either sounds like you, then you’ll love this week’s challenge. This week we’re going to look at transforming a quiz into a simple e-learning game. In reality, these types of games are more like glorified progress meters than high-production games.

Code & Conquer Most Important: Have Fun. And earn some badges. See how your strategy works out in different scenarios, challenge other players, receive points, earn badges and climb your way to the top of the leaderboard. Boost your coding skills. Do it playing. This game provides the perfect setting to introduce the key concepts employers ask you to know. What is a Work Breakdown Structure? Examples of a WBS written by: Ann Gordon • edited by: Michele McDonough • updated: 10/24/2014 A Work Breakown Structure (WBS) is used for breaking down a project into easily manageable components, or bites. Here we'll break down the process for you, making it easy to use these structures in your project planning.

Programming Tools for Linux. This article is not so much about the various languages, as the programming tools that can be used to write programs using the languages. When students first start taking programming courses at various private classes and colleges, the first language they learn is C. This is because C is the most traditional language, whose concepts form the base of every other language. The scenario is changing, with people having discovered the power of Python over other languages. Python has become the first language to be learned, because it has a very user-friendly syntax. 28 Tools to Learn Computer Programming From edshelf. by edshelf: A discovery engine of websites, mobile apps, desktop programs, and electronic products for teaching and learning. Teaching primary and secondary students how to program has become a hot topic lately. Even people like United States President Barack Obama to actress Angela Bassett to music artist Shakira have spoken about the value of computer programming in an initiative called Hour of Code. With good reason too. Technology is a major part of our lives.

Front-End Dev guidelines Overview This document details the guidelines and standards adhered to by the Creative Technology department at TMW, and all web applications built should take these into consideration. It is an evolving document and should be reviewed as and when required to keep up with changes in technology and best practice. These guidelines have been compiled looking at various previously written guidelines - credit goes to Isobar and CSS Wizardry both of which have been used as foundations to build upon for this document, and in some sections been directly quoted. Contents All front-end code should display clear separation of presentation, content, and behaviour.Markup should be well formed, semantically correct and generally valid.JavaScript should progressively enhance the experience Use feature detection rather than browser sniffing (edge cases such as performance are acceptable)Gracefully degrade functionality when not present (e.g GPS, box-shadow, forms etc).

Best Free Programming Editor. Programming editors, also known as source code editors, are text editors that are specifically designed for programmers or developers for writing the source code of an application or a program. Most of these editors are built with useful features, which may include colour syntax highlighting, auto indentation, auto complete, bracket matching, syntax check, plugins, etc., to effectively support the users during coding, debugging and testing. Go straight to the Quick Selection Guide Notepad++ is a popular and widely-used editor loaded with features to make the users' programming more productive, including syntax and brace highlighting for many languages, search and replace using regular expressions, macro recording, and playback. It is also highly configurable through plug-ins, has a wide range of themes and offers multi-language support. A plugin manager is included in the program showing the installed and available plugins.

27 Ways to Learn to Program Online. Whether you are looking to switch careers and become a full-time programmer, want to try to build a website or app on the side, or are just looking to round out your skill set, learning to code has certainly been something a lot of people have started to do lately. And while being a programmer might not be for everyone, there is a lot to be said about gaining a better, more educated view of how all those pixels get moved around all those screens. Before we delve into our list of learning resources sites, we wanted to share some advice from Marissa Louie, a self-taught product designer for Ness Computing. A former startup founder, Louie told TNW that the hardest part of being self-taught – whether it’s design, programming, or any other discipline is, “gathering the courage. The most important barrier is just to overcome your fears” (she also said having the ability to follow instructions helps as well).