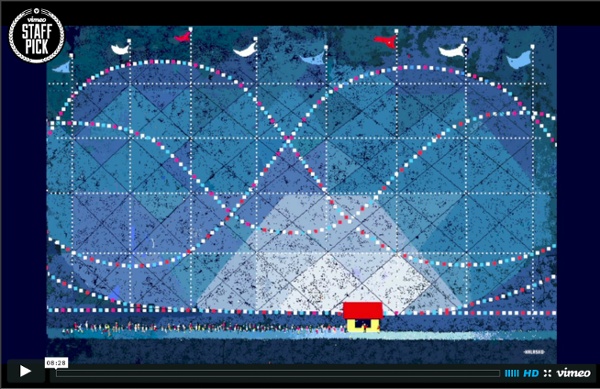 I Have Dated Several Crack Dealers Illustration by Rob Ondzik The source of this story, who lives in Canada, wished to remain anonymous for fairly obvious reasons. Just last week, I was at a trap house with my ex in Cloverdale, British Columbia. Crack dealers tend to approach me. I’ve met some of them through friends, some I’ve met randomly at the club, or at a bar, or on the street. The first time I was approached by a crack dealer, I was 19 and at a party somewhere in East Vancouver. He was a full-time dealer and worked on the streets, mostly around the Downtown Eastside, but it was nothing huge. Illustration by Lindsay Pomerantz I used hang with a guy who would go to Saskatchewan and sell drugs all the time. But even with him, it wasn’t all limos and fancy dinners. I dated another crack dealer who I liked to call “Art School Boy.” You want to get a regular job but you can't, because you have a criminal record. For a while, I was a driver. Ultimately, none of these relationships worked out. Crack Tales Cut the Shit

Ministry of Truth » Blog Archive » Cameron ‘Porn’ Advisor’s website ‘hacked’ – Threatens/Libels Blogger I’m perhaps one of the last people you’d expect to see stepping up to defend Paul Staines (aka Guido Fawkes) but you’d be wrong because there are principles that come into play whenever a blogger, even one as notorious as Guido, is subjected to an unjustified, hectoring attack by a bullying politician for reasons that have never been better expressed than by the playwright Robert Bolt: Roper: So now you’d give the Devil benefit of law!More: Yes. What would you do? Cut a great road through the law to get after the Devil?Roper: I’d cut down every law in England to do that! At some unspecified point, but probably in the last few days, David Cameron’s technologically illiterate self-appointed wannabe Net Nanny, Claire Perry, has had her insecure website hacked, and from the look of things it appears that- amongst other things – she may very well have been Goatse’d (relax, link SFW), the discovery of which led to Guido running the following story at Order-Order.com.

"Devil's Playground": The Jeremy Foley 2012 Pikes Peak Story DIE VÖGEL: THE CHICKEN Smile Brush Floss - Flossing Tutorial How To Properly Floss Your Teeth - Dental Excellence Of Blue Bell Periodontitis Periodontitis /ˌpɛrioʊdɒnˈtaɪtɪs/ or pyorrhea /ˌpaɪəˈriə/ is a set of inflammatory diseases affecting the periodontium, i.e., the tissues that surround and support the teeth. Periodontitis involves progressive loss of the alveolar bone around the teeth, and if left untreated, can lead to the loosening and subsequent loss of teeth. Periodontitis is caused by microorganisms that adhere to and grow on the tooth's surfaces, along with an over-aggressive immune response against these microorganisms. Etymology[edit] Classification[edit] The 1999 classification system for periodontal diseases and conditions listed seven major categories of periodontal diseases,[5] of which 2-6 are termed destructive periodontal disease because the damage is essentially irreversible. Moreover, terminology expressing both the extent and severity of periodontal diseases are appended to the terms above to denote the specific diagnosis of a particular patient or group of patients. Extent[edit] Severity[edit]

Gingivitis Gingivitis ("inflammation of the gum tissue") is a non-destructive periodontal disease.[1] The most common form of gingivitis, and the most common form of periodontal disease overall, is in response to bacterial biofilms (also called plaque) adherent to tooth surfaces, termed plaque-induced gingivitis. In the absence of treatment, gingivitis may progress to periodontitis, which is a destructive form of periodontal disease.[2] While in some sites or individuals gingivitis never progresses to periodontitis,[3] data indicates that periodontitis is always preceded by gingivitis.[4] Classification[edit] As defined by the 1999 World Workshop in Clinical Periodontics, there are two primary categories of gingival diseases, each with numerous subgroups:[5] Dental plaque-induced gingival diseases. Signs and symptoms[edit] The symptoms of gingivitis are somewhat non-specific and manifest in the gum tissue as the classic signs of inflammation: Cause[edit] Diagnosis[edit] Prevention[edit] Treatment[edit]

Google reveals Chromecast: video streaming to your TV from any device for $35 Google is making another foray into the living room with the Chromecast, a small $35 dongle that allows users to stream videos from a phone or tablet to their TV using Chrome. Essentially, it turns every TV into a smart TV, but it lets you control it through whatever device you're on rather than providing a new interface. "Everyone loves their phones, tablets, and laptops," said Google. "Unlike other solutions, we will not force you to have the same operating system on all your devices." Read our hands-on impressions of Google's Chromecast streaming TV stick right here! The Chromecast doesn't directly mirror your screen to devices a la AirPlay, though the two concepts are pretty similar. On the traditional PC side, it supports Chrome on recent versions of Windows and Mac OS X: users can stream the contents of tabs directly from the browser, including HTML5 and Flash content, though Silverlight and Quicktime video aren't supported. Previous Next View full Gallery

Android 4.3 announced, rolling out to Nexus devices today Google's famously breakneck Android update pace may have slowed in recent times, but that's what makes point upgrades like today's newly revealed Android 4.3 all the more interesting. Shipping with the new Nexus 7 and retaining the Jelly Bean codename, 4.3 brings a number of fresh new features. Google is starting us off with a new set of multi-user settings, including restricted profiles for the junior members of your family. That means you can restrict app content at a user level — the example offered by Hugo Barra is to allow only a select number of puzzles within a game to his son's profile, preventing the younger Barra from making ill-advised app purchases or accessing content his father doesn't deem suitable. This looks to provide essentially the same functionality as Microsoft's Kid's Corner in Windows Phone. Bluetooth Smart, aka Bluetooth Low Energy, support was one of the expected features of Android 4.3, and it is indeed being introduced. Previous Next View full Gallery

White House scrambles to shut down imminent vote to defund NSA spying A showdown is set to take place in the US House of Representatives today in what many hope will be a watershed moment for the fight against the National Security Agency's dragnet surveillance programs. After weeks of outrage from members of Congress and the public, a novel amendment to an annual defense appropriations bill is looking to smother what some consider the most pernicious aspect of the spying activities exposed by whistleblower Edward Snowden. The amendment, led by Representative Justin Amash (R-MI), would stop the NSA's phone metadata program from collecting millions of Americans' communications records without suspicion of a crime. "This blunt approach is not the product of an informed, open or deliberative process." On Tuesday, NSA director Gen. Man, I really hate that closed process where I can read bills, debates are open on CSPAN, and I can hold my senator accountable for his vote — Amie Stepanovich (@astepanovich) July 24, 2013