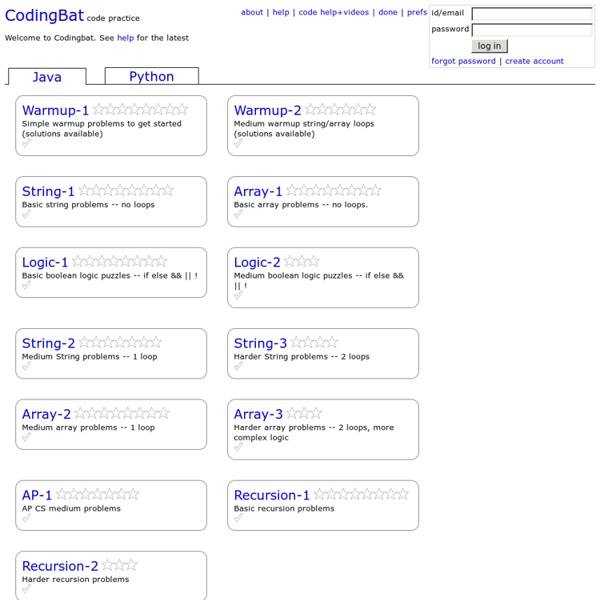 WiBit.net: Programming in Java A long time ago, in a decade far far away called... the nineties, there was a birth. As word of this birth spread throughout the world many rejoiced as others worried. Were we witnessing the birth of a savior, or the birth of a Demon? As developers around the globe learned of this new prodigy, they all began to blindly follow their newly appointed leader. Wow, what an intro huh? What is Java exactly? Depending on whom you ask, you will get a very different opinion about Java. In our Programming in Java course you will pick up where we left off with the "bold-on" Object Oriented Programming Languages and start your very first Pure OOP language. By the end of this course you will be able to understand Java and develop your own applications (we hope).

Jurtle: non programming experience required Java for Beginning Programmers Learn Java Easily Teach Java Effectively NOTE: Jurtle is now a free application. After downloading, use the following license string to gain full access to the application: 9e38-9f60-9f21-9f20-7bd9 Download Free Copy Jurtle is an integrated programming environment designed for people who want to learn programming in Java but may not have programmed before. Jurtle was initially developed as an aid while teaching an 8th grade programming class. While Jurtle is ideal for high school students and homeschoolers, even adults wanting to learn the basics of programming in Java will find Jurtle a great way to learn. Learning the full Java language can be a bit overwhelming, however Jurtle provides a gentle introduction to Java. (Java + Turtle = Jurtle) Once the basics of Turtle Graphics programming are mastered, Jurtle can be used to create simple GUI applications, web-based Java applets and text-based console applications.