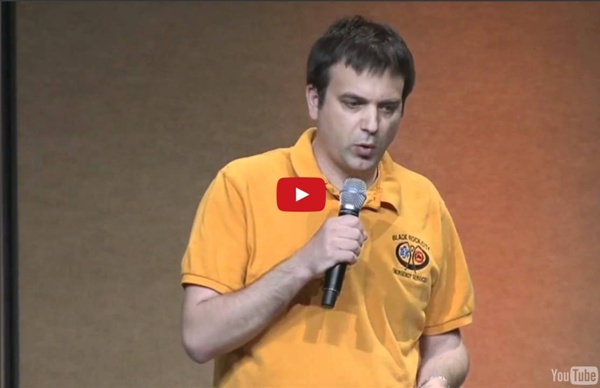 Why Things Matter Looking Back to the Future! Seymour Papert - Teaching vs. Learning Education with an Emphasis on LEARNING not Teaching! Seymour Papert the Teacher Activist. :) "Nothing enrages me more than when people criticize my criticism of school by telling me that schools are not just places to learn math and spelling, they are places where children learn a vaguely defined thing called socialization. I know. I think schools generally do an effective and terribly damaging job of teaching children to be infantile, dependent, intellectually dishonest, passive and disrespectful to their own developmental capacities." “The role of the teacher is to create the conditions for invention rather than provide ready-made knowledge.” "I am convinced that the best learning takes place when the learner takes charge..."" “Our interest is really in Third World development. "[the children] become producers instead of consumers of educational software." Seymour Papert 1983 - Talking Turtles Documentary: Go visit for more! Seymour Papert at Bates College - 2000

The Journey : Education for All ? Today week 2 of EDCMOOC started . Our assignments this week are related to watching and analysing some videos and do some core reading about Metaphors and the Internet by Rebecca Johnston. The first video and the one that called my attention the most was called A Day Made of Glass : The video is very hypnotasing, and I was watching I was wondering a lot of things , but I will focus today in Education and how it is portrayed . The learning - teaching experience seems to be very Utopian to me and it couldn't be other way as it was made to promote a product and when you sell, you have to be convincing and use strategies to persuade. A Day Made of Glass pictured education as being very interactive and experience based, although these experiences were recreated ( Field Trip ). However, there is a major flaw in this kind of teaching experience , what about Inclusion ? Some food for the thought ...

WORLDS OF WANDER plus "Secret Spaceship Club" Game! by Tom Hall's Pieces of Fun If you're new, jump down a section and read about Worlds of Wander! Then everyone check out these awesome updates! Commander Keen’s creator, industry veteran Tom Hall, is announcing his return to fun, funny sci-fi platforming, and he wants to bring you ALL with him! Tom is making SECRET SPACESHIP CLUB with this tool and then giving you the game to play, AND all the data to play with! Enjoy PLAYING in -- and then BUILDING -- a new corner of Tom’s universe … make part of it your own! You wanna know about it -- luckily we know all about it! Willie Wander and Sheila Wander think they are helping move their Grandpa to the Old Folks’ Home, but he surprises them with “one last errand before we go”... and they find themselves on a space station, joining the SECRET SPACESHIP CLUB -- an organization of secret space agents who disguise their spaceships as common objects (elephants, school busses, coffee shops) only to blast off in secret and help those in galactic need! Thanks for your time! P.S.

Twitterchat Artefact This little clip was the idea of Angela Towndrow, a fellow participant and Twitter chat moderator on this course. She suggested creating something that might reflect the feedback given by participants via an online survey she had created with the help of several other Moocesians. So with a list of the most common words participants said came to mind when they thought of the experience I set to work. During the pre-course activities on Facebook and other forums, I became aware of numerous programmes and software packages that I had not tried before. I discovered this while watching others post their various multimedia creations for all to see. I successfully played with Go Animator and Camtasia to produce a couple of fun clips. Over 3 days it probably took me 5 or 6 hours in total to complete. Best of all I now have several new programmes up my sleeve to use with future projects.

Virtual Immersion: A Double Bind edcMOOC Artefact "Technology enhanced learning" Today's lesson, how to become extinct.Images from Corning's "A Day Made of Glass"www.flickr.com Our Chemical Selves: Although augmented learning through brain-machine interfacing may not yet be a reality, we are already forging strong connections between our brain and our computers just by the way we use them.angelatowndrow.blogspot.com.au Andy Mitchell's tagsexplorer: tracking connections between tweetchat participantswww.flickr.com edcMOOCers response to tweetchats was to look for connections, create narrative, ask how it made us feel. Desperately seeking the humanwww.flickr.com This artefact explores 2 themes. What it means to be human in the virtual world now and in the future is explored through a series of edcMOOC student artefacts which focus on twitter communication, through the ways in which the tweetchat conversations were interpreted. Anando Puratama's graphic shows few connections. Sounding out ideas, making sense of it all, thanks Andy!

Disrupting Higher Education (with images, tweets) · audreywatters Professor Diana Laurillard, University of London Remodeling higher education to harness technology the issues: global demand for higher education the aims of higher education the roles of technology-enhanced learning modelling MOOCs teachers as innovators global demand for higher education will double to ~200m per year, mostly from emerging economies UNESCO's millennium goals -- "not going to make it" every child completes a full 9 years of free education post-basic education expanded to meet needs for knowledge and skills teacher training needs we've never been able to get beyond the 1:25 staff:student ratio a quality education means nurturing the individual purpose: to inspire and enable individuals to develop their capabilities to the highest must we vastly increase number of teachers? to improve the quality and scale of higher education across the world -- "not to access to masses of data from desperate would-be students" "Venture capitalists are not spending $22m to nurture students" concealed MCQs

The Crisis in Higher Education A hundred years ago, higher education seemed on the verge of a technological revolution. The spread of a powerful new communication network—the modern postal system—had made it possible for universities to distribute their lessons beyond the bounds of their campuses. Anyone with a mailbox could enroll in a class. Frederick Jackson Turner, the famed University of Wisconsin historian, wrote that the “machinery” of distance learning would carry “irrigating streams of education into the arid regions” of the country. Sensing a historic opportunity to reach new students and garner new revenues, schools rushed to set up correspondence divisions. The hopes for this early form of distance learning went well beyond broader access. We’ve been hearing strikingly similar claims today. The excitement over MOOCs comes at a time of growing dissatisfaction with the state of college education. But not everyone is enthusiastic. Is it different this time? Rise of the MOOCs Professor Robot Big Data on Campus