Encryption and Back Doors. Theoretical. Hacks. Processes and Methodology.

Jobs. Utilities. Courses for Tim. Business. Souce Code Control. Functional. Microsoft. Database. Games. Using Windows 8′s “hidden” backup to clone and recover your whole PC. When it comes to backing up and restoring your PC, Windows 8 took a few steps forward and a few steps back. 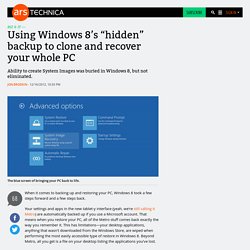 Your settings and apps in the new tablet-y interface (yeah, we're still calling it Metro) are automatically backed up if you use a Microsoft account. That means when you restore your PC, all of the Metro stuff comes back exactly the way you remember it. This has limitations—your desktop applications, anything that wasn't downloaded from the Windows Store, are wiped when performing the most easily accessible type of restore in Windows 8. Beyond Metro, all you get is a file on your desktop listing the applications you've lost. There's also a new backup tool on the desktop side of things, but this has its limits too. One problem is neither File History nor the Metro restore feature are complete backup tools. Oh, there it is The System Image functionality seems hidden at first, and it will likely go unnoticed by the majority of Windows 8 users. NetworKing. <center><div class="site_errors"><div class="floatType_site_error_top"></div><div class="floatType_site_error"><table summary="layout table"><tr><td bgcolor="#000000"><font color="#ffffff"><h2><img src="/templateimages/redesign/modules/overlay/site_error.gif" title="Site Error" alt="Site Error"/>There's a problem with your browser or settings. 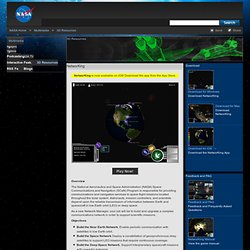 </h2></font><font color="#ffffff"><p>Your browser or your browser's settings are not supported. To get the best experience possible, please download a compatible browser. If you know your browser is up to date, you should check to ensure that javascript is enabled. Google Teen Coding Contest Launches Nov. 26. Google has announced that its third annual Google Code-In contest for teenagers will kick off Nov. 26. 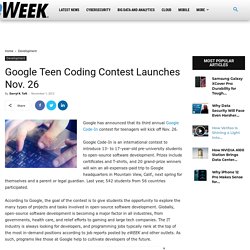 Google Code-In is an international contest to introduce 13- to 17-year-old pre-university students to open-source software development. Prizes include certificates and T-shirts, and 20 grand-prize winners will win an all-expenses-paid trip to Google headquarters in Mountain View, Calif., next spring for themselves and a parent or legal guardian. Last year, 542 students from 56 countries participated. According to Google, the goal of the contest is to give students the opportunity to explore the many types of projects and tasks involved in open-source software development. Globally, open-source software development is becoming a major factor in all industries, from governments, health care, and relief efforts to gaming and large tech companies. Course Library. The growing field of computer science: Where are the jobs?

5 Reasons Why Responsive Design Is Not Worth It. After the huge debate this original post created, we decided to refine and build upon the original article, bearing in mind the thoughts of some very insightful feedback left by some commenters. 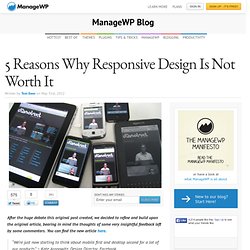 You can find the new article here. “We’re just now starting to think about mobile first and desktop second for a lot of our products.” ~ Kate Aronowitz, Design Director, Facebook “[The shift to mobile design] is even bigger than the PC revolution.” ~ Kevin Lynch, CTO, Adobe In 2014, more people will be using mobile devices to access the internet than desktop PCs. Accessibility for mobile devices has become a huge priority for web developers. Responsive design is seemingly universally accepted as the way forward, but I am far from convinced. 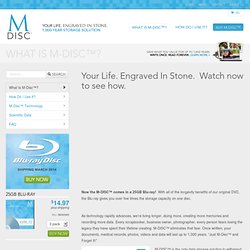 With all of the longevity benefits of our original DVD, the Blu-ray gives you over five times the storage capacity on one disc. As technology rapidly advances, we’re living longer, doing more, creating more memories and recording more data. Every scrapbooker, business owner, photographer, every person fears losing the legacy they have spent their lifetime creating. Previous IOCCC Winners. Attack against Microsoft scheme puts hundreds of crypto apps at risk. Researchers have devised an attack against a Microsoft-developed authentication scheme that makes it trivial to break the encryption used by hundreds of anonymity and security services, including the iPredator virtual private network offered to users of The Pirate Bay. 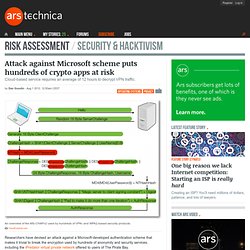 The attack, unveiled by Moxie Marlinspike and David Hulton, takes on average just 12 hours to recover the secret key that iPredator and more than 100 other VPN and wireless products use to encrypt sensitive data. The technique, which has been folded into Marlinspike's CloudCracker service, exploits weaknesses in version 2 of a Microsoft technology known as MS-CHAP, short for Microsoft challenge-handshake authentication protocol. It's widely used to log users into VPN and WPA2 networks and is built into a variety of operating systems, including Windows and Ubuntu.

CrowdStrike: You don't have a malware problem, you have an adversary problem!™

Government. For $74, a Mini-Android Computer. ELPaaS from Heirloom Computing. How to sideload apps (even the Android Market) on the Amazon Kindle Fire. The Amazon Kindle Fire may look like a tablet designed only to access apps, music, movies, books, and periodicals from Amazon. 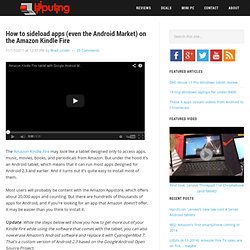 But under the hood it’s an Android tablet, which means that it can run most apps designed for Android 2.3 and earlier. And it turns out it’s quite easy to install most of them. Most users will probably be content with the Amazon Appstore, which offers about 20,000 apps and counting. But there are hundreds of thousands of apps for Android, and if you’re looking for an app that Amazon doesn’t offer, it may be easier than you think to install it. Getting started guide. Gravatar - Globally Recognized Avatars. Freelancer.com - Hire Freelancers & Find Freelance Jobs Online. Go Daddy really and truly opposes SOPA now. Go Daddy has decided to stop flirting with Congress' SOPA bill. 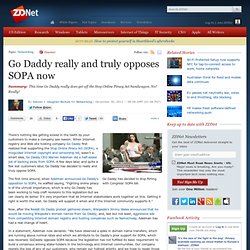 There's nothing like getting kicked in the teeth by your customers to make a company see reason. GlobalWeather: GetWeather Operation. Session closed! 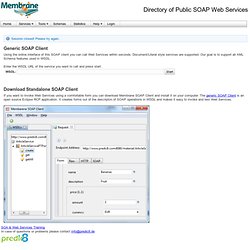