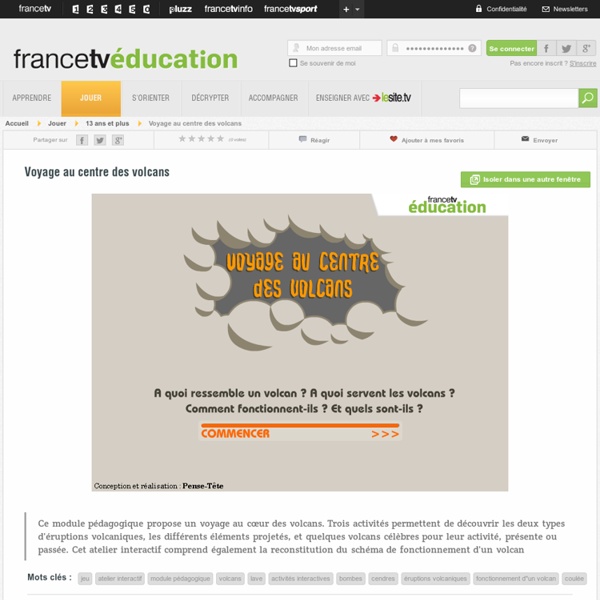 Empress Royal Paulownia Tree Step 1: Dig the hole Pick the perfect spot with full or partial sunlight and with moist or well drained soil. Dig the hole so it is shallower than the root ball and at least twice the width. Loosen the soil in the planting hole so the roots can easily break through. What is a Salt Glacier? A moving river of crystalline salt. What Are Salt Glaciers? In the Zagros Mountains of Iran, salt domes break through the surface to produce flowing glaciers of salt. The arid climate does not produce enough rain to dissolve the salt and carry it away.

You Can Look It Up - Geologic Words When you get into geology, as opposed to rockhounding, the first thing you need is a dictionary. There are so many different things to keep track of—landforms, minerals, fossils and the parts of fossils—and so many of the words aren't English. Great language though it is, English just isn't up to the task. First, Go Native Pu‘u ‘Ō‘ō Webcams Kīlauea Volcano, East Rift Zone Puʻu ʻŌʻō Crater Multi Frame Webcam Notes Disclaimer Red Rain in India May Have Alien Origin By Arshdeep SaraoEpoch Times Staff Created: August 6, 2012 Last Updated: August 11, 2012 This red rain sample from 2001 contains a thick suspension of cells that lack DNA and may originate from cometary fragments. (Godfrey Louis/CUSAT) A rare shower of red rain fell for about 15 minutes in the city of Kannur, Kerala, India, early on June 28.

Floodplain Paraná River Floodplain, at its confluence with the Verde River, Brazil. Astronaut photo, 2012. View of the flood plain following a 1 in 10 year flood on the Isle of Wight Gravel floodplain of a glacial river near the Snow Mountains in Alaska, 1902 Formation[edit] Flood plains are made by a meander eroding sideways as they travel downstream. Geology Geology gives insight into the history of the Earth by providing the primary evidence for plate tectonics, the evolutionary history of life, and past climates. In modern times, geology is commercially important for mineral and hydrocarbon exploration / exploitation as well as for evaluating water resources. It is publicly important for the prediction and understanding of natural hazards, the remediation of environmental problems, and for providing insights into past climate change. Geology also plays a role in geotechnical engineering and is a major academic discipline. Geologic time[edit] Geological time put in a diagram called a geological clock, showing the relative lengths of the eons of the Earth's history.