The Road Not Taken by Robert Frost 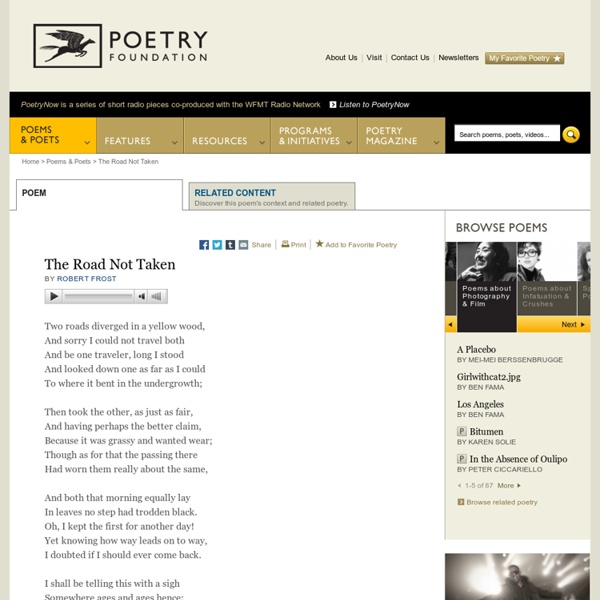 JavaScript Kit- Your comprehensive JavaScript, DHTML, CSS, and Ajax stop Robert Frost Robert Frost holds a unique and almost isolated position in American letters. "Though his career fully spans the modern period and though it is impossible to speak of him as anything other than a modern poet," writes James M. Cox, "it is difficult to place him in the main tradition of modern poetry." In a sense, Frost stands at the crossroads of nineteenth-century American poetry and modernism, for in his verse may be found the culmination of many nineteenth-century tendencies and traditions as well as parallels to the works of his twentieth-century contemporaries. Frost's theory of poetic composition ties him to both centuries. To accomplish such objectivity and grace, Frost took up nineteenth-century tools and made them new. Critics frequently point out that Frost complicated his problem and enriched his style by setting traditional meters against the natural rhythms of speech. Frost's use of New England dialect is only one aspect of his often discussed regionalism.