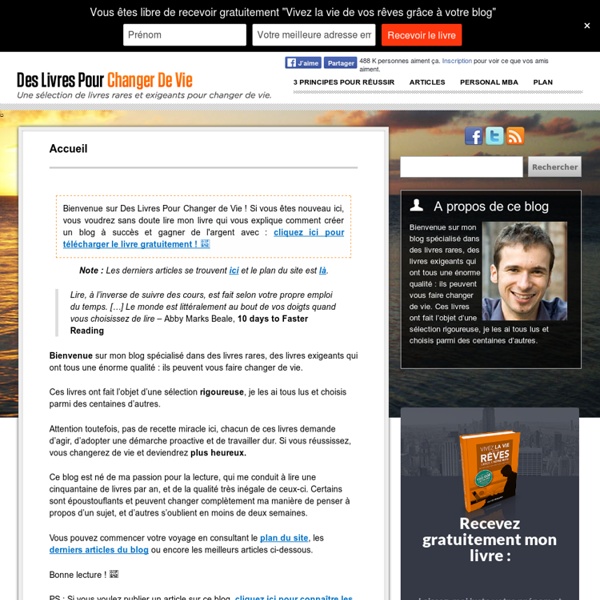 Operations Data Platform Beyond Application Monitoring This post is part of a series about the new Era of Log Analytics. Be sure to check out the post Application Troubleshooting & Investigation Best Practices if interested in some more advanced tips. Ensuring the performance of rapidly evolving and increasingly complex apps all comes down to getting full visibility of your app (read more about the need for app visibility here).

No Batteries Required: 8 Conflict Resolution Tips Learning to deal with emotions in conflict situations helps us be more effective in our professional or personal lives. August 17, 2011 There is an African proverb that says: “Don’t look where you fell, but where you slipped.” When we find ourselves on the conflict carousel, we often tend to lose sight of the root cause of the conflict. Richard Branson - 5 conseils de remue-méninges - Entrepreneur Richard Branson recently fielded a question from an entrepreneur.com reader, who was keen to know how to get the most out of brainstorms. After tackling so many different challenges and launching so many new businesses the Virgin Group Founder has taken part in his fair share. Check out five of his top tips, which should help your next brainstorm be your most productive yet. 1.

Free ebooks On August 26 2020, the Project Gutenberg website underwent some major changes. These changes had been previewed since early 2020, and visitors to the old site were invited to try the new site, including giving input via a brief survey. The old site is no longer available. Vault7 - Home Today, Tuesday 7 March 2017, WikiLeaks begins its new series of leaks on the U.S. Central Intelligence Agency. Code-named "Vault 7" by WikiLeaks, it is the largest ever publication of confidential documents on the agency. The first full part of the series, "Year Zero", comprises 8,761 documents and files from an isolated, high-security network situated inside the CIA's Center for Cyber Intelligence in Langley, Virgina. It follows an introductory disclosure last month of CIA targeting French political parties and candidates in the lead up to the 2012 presidential election. Recently, the CIA lost control of the majority of its hacking arsenal including malware, viruses, trojans, weaponized "zero day" exploits, malware remote control systems and associated documentation.

How To Avoid Communication Pitfalls In The Workplace – The Clarion Call to Leadership! This post first appeared on OPEN Idea Forum. There is a large body of work concerning the way women’s communication style differs from that of men. For example, there is research suggesting that females downplay their certainty, while males downplay their doubts. In an effort to crack the female linguistic code, some have even gone so far as to assert that women and men speak different languages. But stereotyping the way women or men speak is dangerous and can be misleading. A more reliable way of looking at the issue of communication styles is to look at it from the point of view of personality which is independent of gender. 12 Books Recommended By Jeff Bezos – RecommendedBooks – Medium Jeffrey Preston Bezos is an American technology and retail entrepreneur, investor, computer scientist, and philanthropist who is best known as the founder, chairman, and chief executive officer of Amazon.com, the world’s largest online shopping retailer. 1. The Innovator’s Dilemma When New Technologies Cause Great Firms to Fail by Clayton M. Christensen (2016)

Eclectic Energies Enneagram Tests (free) Copyright © Ewald Berkers These two online Enneagram tests help you to determine which personality type you are. Your wing will also be indicated. Some suggestions on how to take the tests to get the most accurate results can be found below. Classical enneagram test This test consists of pages containing nine questions or less (one for each Enneagram type). Startups in 13 Sentences February 2009 One of the things I always tell startups is a principle I learned from Paul Buchheit: it's better to make a few people really happy than to make a lot of people semi-happy. I was saying recently to a reporter that if I could only tell startups 10 things, this would be one of them. Then I thought: what would the other 9 be? When I made the list there turned out to be 13: 1.