Digital Aristotle: Thoughts on the Future of Education 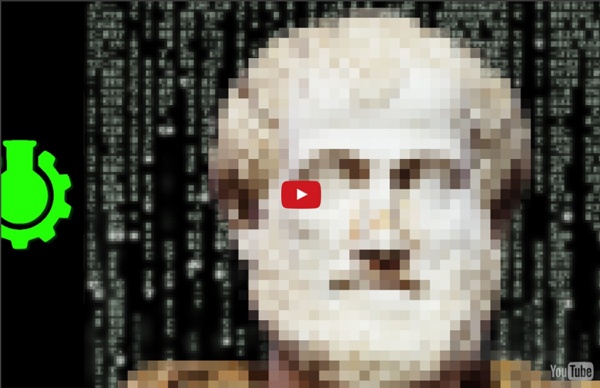 33 Mistakes Men Make While Having Sex (INFOGRAPHIC) Maybe you don’t know but women can handle your soft side. When it comes to personality you can be as soft as bloody filet mignon. But when we talk about bed time, your penis needs to be hard. That’s not up for discussion. Are TIME's Person of the Year The "Great Man" theory of history is usually attributed to the Scottish philosopher Thomas Carlyle, who wrote that "the history of the world is but the biography of great men." He believed that it is the few, the powerful and the famous who shape our collective destiny as a species. That theory took a serious beating this year. To be sure, there are individuals we could blame for the many painful and disturbing things that happened in 2006.

Review of Galantamine: the Lucid Dreaming Pill So you’re considering the red pill… Galantamine has emerged as THE lucid dreaming pill. This natural supplement has been used for centuries in China as a memory enhancer, and was even noted by the ancient Greeks for its powerful mind-inducing effects. Now we know that galantamine indirectly promotes dreaming sleep as well as lucid dreaming, which is the art of becoming self-aware in your dreams. Real-Time Language Translation With UK Developer’s Own Google-esque Augmented Reality Glasses Real-time translation between an English and Spanish speaker is possible with DIY augmented reality glasses. Think that only the giant Google can make next generation augmented-reality glasses? Think again. A UK developer who has been hacking together his own Project Glass has now expanded its functionality to make a real-time speech translator.

13 Ways To Enjoy Your Life Without Spending A Lot Of Money EmailEmail If you feel you need to have a lot of money to really enjoy life, I am afraid you are sadly mistaken. The greatest things in life are those worthwhile experiences and subtle occurrences that sometimes most individuals simply take for granted. While Madison avenue may think that having expensive “stuff” and the like are what lead to happiness, below are some ways you can still enjoy yourself without spending a fortune. 1. Memoto Lifelogging Camera by Memoto Thank you all backers! Thanks to you, the Memoto Lifelogging Camera was successfully funded! This Kickstarter page will be frozen on November 30, 2012. To follow our journey ahead, follow us on Twitter (@memototeam) and on Facebook (fb.com/Memotocompany).

How To Whiten Teeth With Orange Peels Home whitening products and dentist-office treatments are possibilities for whitening, but both are perceived as harsh and expensive. Home remedies for teeth whitening aren't usually based in much scientific research, but anecdotal evidence suggests they may work. Orange peels contain a natural solvent that may help reduce some stains on your teeth. If the orange peel treatment does work for you, it will take a much longer time to see results and is unlikely to remove all stains. The Cloud Will Expand Human Brain Capacity: Kurzweil Futurist and author Ray Kurzweil predicts the cloud will eventually do more than store our emails or feed us streaming movies on demand: it’s going to help expand our brain capacity beyond its current limits. In a question-and-answer session following a speech to the DEMO technology conference in Santa Clara, California last week, Kurzweil described the human brain as impressive but limited in its capacity to hold information. “By the time we’re even 20, we’ve filled it up,” he said, adding that the only way to add information after that point is to “repurpose our neocortex to learn something new.”

Powers Mandrake The harvest The root of the mandrake resembles a phallus or a human torso, and for this reason was believed to have occult powers. Many weird superstitions collected round the Mandrake root. As early as 93 BC the historian Flavius Josephus described the process of collecting the mandrake, stories of which were embellished over the years. The mandrake was fabled to grow under the gallows of murderers and its anthropological shape evidently was responsible for the superstition that it shrieked when it was uprooted. The demon inhabiting the root would then be aroused and the sounds of its piercing groans of agony would be so horrible that whoever heard it, die or go deaf and insane. How the Battle of Asakai Became One of the Largest Space Battles in Video Game History I was there. I was there and it was horrible. The game's developers have taken this unholy, all consuming black nightmare and turned it into a PR triumph, but let me tell you my perspective on Asakai.

25 Napping Facts Every College Student Should Know Written By: Angelita Williams It's almost cruel the way adults ease children into life outside of the house. They got us on board with the whole going to school thing by letting us take naps in pre-school. But then, come kindergarten, no more naps! Nothing but 12 more grades of trying to focus all day without a siesta.

MOOC Brigade: Will Massive, Open Online Courses Revolutionize Higher Education? Correction Appended: Sept. 5, 2012 MOOC may be a silly-sounding acronym, but this new breed of online classes is shaking up the higher education world in ways that could be good for cash-strapped students and terrible for cash-strapped colleges. Taking a class online might not sound revolutionary—after all, in the fall of 2010, 6.1 million students were enrolled in at least one online course. But those classes were pretty similar to the bricks-and-mortar kind, in that students paid fees to enroll in classes taught and graded by a professor and some teaching assistants. » How to Get Bruce Lee Like Strength Without Ever Going to a Gym Article by Zen Habits contributor Jonathan Mead; follow him on twitter. “Empty your mind, be formless, shapeless – like water. Now you put water into a cup, it becomes the cup, you put water into a bottle, it becomes the bottle, you put it in a teapot, it becomes the teapot. Now water can flow or it can crash. Be water, my friend.” – Bruce Lee

How the Boston Marathon tragedy revealed the best side of social media I won't doubt that social media helps law enforcement/first responders disseminate news at a much faster rate, or giving people the chance to find shelter for the night as things get sorted out. What kind of disgusts me was the fact that (according to my coworkers), people were posting pictures of the scene up on outlets like instagram in a way that's not so much, "tell everyone to get away from the scene, scene is not safe" and more "zomg guyz shit's goin' down! - oh by the way, it's really messed up - BUT IT'S GOIN' DOWN YO!" Someone I know on Facebook was recirculating a picture of a victim being escorted off the course by wheelchair, accompanied by a sappy paragraph. It made me uneasy as a person who is not normally squeamish about blood. It's disturbing to live in a society where sharing images like that, under the ploy of gathering more sympathy and raising awareness, is common place.