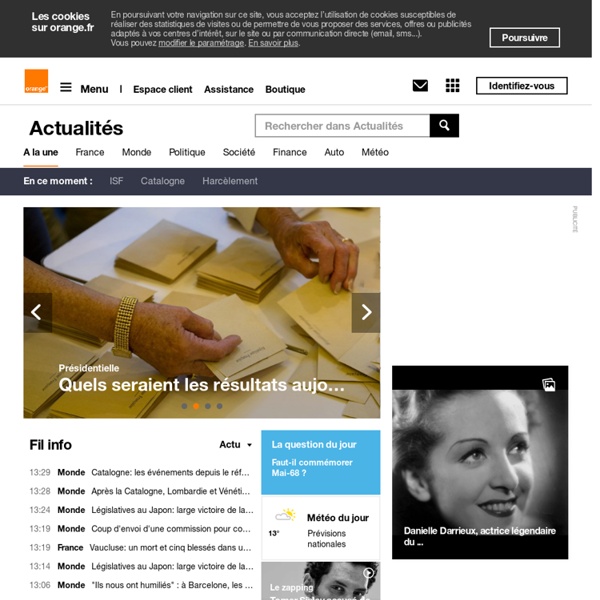 Soren Gordhamer: How To Be a Jerk on Twitter (and Gain 1,278,457 It is not easy to be a jerk on Twitter, but with the right strategy, approach, and perseverance, it is possible. Don't believe the crap out there from people like Kevin Rose on how to gain Twitter followers. I mean, he has what, like 1,169,154 followers. Who the hell does he think he is to be talking about this? ID cards scheme to be scrapped within 100 days The timetable for dismantling the national identity card scheme was spelled out today by the home secretary, Theresa May. Photograph: Suzanne Plunkett/Reuters The £4.5bn national identity card scheme is to be scrapped within 100 days, the home secretary, Theresa May , announced today. The 15,000 identity cards already issued are to be cancelled without any refund of the £30 fee to holders within a month of the legislation reaching the statute book. Abolishing the cards and associated register will be the first piece of legislation introduced to parliament by the new government.

How to Make Your Site Mobile Ready in Just 30 Seconds Ready to convert an existing website into a mobile-friendly platform but not sure how to get started? New York-based startup bMobilized has released a new do-it-yourself tool that instantly converts a website into a full-featured HTML5-enabled mobile site in just a few clicks. Even better, it only costs $5 a month to keep the mobile site running. Microsoft launching news operation « General Microsoft Corp is launching its own news operation as part of its new-look MSN website when Windows 8 launches later this month. The world’s largest software company is making a “big, multi-million dollar investment” to create a “decent-sized media operation,” said Bob Visse, general manager, MSN Product Management Group. Microsoft sold its 50 percent stake in news website MSNBC.com in July to longtime partner NBCUniversal, now majority-owned by Comcast Corp. MSNBC’s newsroom at Microsoft’s campus in Redmond, Washington is being wound down, while MSN builds up a news team at its nearby Bellevue offices.

‘Bittersweet cookies’: new types of ‘cookies’ raise online security & privacy concerns The new Agency Position Paper identifies and analyzes cookies in terms of security vulnerabilities and the relevant privacy concerns. Cookies were originally used to facilitate browser-server interaction. Lately, driven by the advertising industry, they are used for other purposes; e.g. advertising management, profiling, tracking, etc. The possibilities to misuse cookies both exist and are being exploited. Most Tweets Produce Zero Replies or Retweets [STUDY] Sysomos, maker of social media analysis tools, looked at 1.2 billion tweets over a two-month period to analyze what happens after we publish our tweets to Twitter. Its research shows that 71% of all tweets produce no reaction — in the form of replies or retweets — which suggests that an overwhelming majority of our tweets fall on deaf ears. Sysomos findings also highlight that retweets are especially hard to come by — only 6% of all tweets produce a retweet (the other 23% solicit replies). The remarkably low percentage of retweets happening on Twitter might be encouraging news for those of us who feel like Twitter outcasts because we don't get retweeted often; clearly, we are not in the minority. Delving deeper into the research, we see that most replies and retweets happen in the first hour after a tweet has been published. 96.9% of replies and 92.4% of retweets happen within that all-imporant first-hour window.

Week in review: Net neutrality neutered? An appeals court decision may leave many wondering whether an open Internet's days are numbered. The Federal Communications Commission does not have the legal authority to slap Net neutrality regulations on Internet providers, a federal appeals court ruled this week. The three-judge panel in Washington, D.C. unanimously tossed out the FCC's August 2008 cease-and-desist order against cable and ISP giant Comcast, which had taken measures to slow BitTorrent transfers before voluntarily ending them earlier that year. The decision could also doom one of the signature initiatives of FCC Chairman Julius Genachowski. Last October, Genachowski announced plans to begin drafting a formal set of Net neutrality rules--even though Congress has not given the agency permission to do so. While the recent court ruling has indeed cleared Comcast's name, some consumer advocates say the consequence of this ruling is that it has also stripped the FCC of its power to enforce basic Internet openness principles.

How to Get to Your First 1,000 Users William Griggs, is a startup marketing guru who helps startups craft and implement their go-to-market and user acquisition strategies. You can find more about him at TheStartupSlingshot.com, or follow him @tssupdates. So you’ve got an idea for the next big thing. Collaborative mapping of fires in Brazilian favelas showcases possibilities for crowdsourcing the news Brazilian reporter Patrícia Cornils got a surprising response after sharing on Facebook a Google Docs worksheet listing fires in the favelas of São Paulo. Several people joined the collaborative reporting project that became Fogo no Barraco (Fire in the Shanty), an interactive map that cross references data on fires with real estate appreciation near the affected areas. The map demonstrates the journalistic possibilities of online collaboration and crowdsourcing information. According to Cornils, the spreadsheet took off when she decided to open the process and ask for help online. "I didn't have any expectations but to start collecting basic information about the fires because I was worried about what I was seeing--am seeing--happening.

'Net neutrality' rules to protect web competition - News, Gadgets & Tech The rules are intended to promote "net neutrality" and have the backing of the White House, but immediately came in for condemnation by Republicans who said investors would be discouraged from putting money into providing broadband services. The rules were agreed by the Federal Communications Commission by a vote of 3:2, and are the culmination of a year of pressure by Julius Genachowski, the regulator's chairman. Among the consequences of the new rules is that telephone and cable companies will be banned from favouring or discriminating against internet content and services that travel over their networks. The content can include online calling services such as Skype, internet video services such as Netflix and other applications that are direct competitors to their core businesses. While Republicans complained the rules were too proscriptive, other critics argued the rules are too weak to protect the way people are accessing the internet through devices such as smart phones and tablets.

Curate That! Nsyght Makes Twitter Curation As Easy As Hashtagging There seems to have been a rash of startups based on Twitter in London. Some of the best known are Tweetdeck and Tweetmeme, but others have appeared like Curated.by (which just moved out to the Valley). But one which has been bubbling under and, like curated.by is focused on curated realtime streams, nsyght.com. We covered their relaunch last year when they announced Angel funding from a group of investors which included Shawn Kernes (co-founder of Stubhub). Nsyght’s approach is that the product retrieves information from a user’s entire social graph (Twitter, Facebook, digg, Vimeo, Stumbleupon, Flickr, Delicious etc).

Digital economy bill rushed through wash-up in late night sessio The government forced through the controversial digital economy bill with the aid of the Conservative party last night, attaining a crucial third reading – which means it will get royal assent and become law – after just two hours of debate in the Commons. However it was forced to drop clause 43 of the bill, a proposal on orphan works which had been opposed by photographers. They welcomed the news: "The UK government wanted to introduce a law to allow anyone to use your photographs commercially, or in ways you might not like, without asking you first.

Lights, Camera, Meow! Cat Videos Get Their First Film Festival In August of this year, your favorite cat videos will make the move off of your computer screen and onto the big screen for the first ever “Internet Cat Video Film Festival.” “I could not be more excited to literally bring this solo cat video viewing behavior out in the open,” event organizer Katie Czarniecki Hill said in a blog post announcing the event. Set to be held August 30th at the Walker Arts Center in Minneapolis, the cat-friendly hour-long festival will be free to attend and encourages cat enthusiasts to submit their own favorite feline flicks to be included in the presentation. The event description on the Arts Center website describes a festival that will test social boundries: