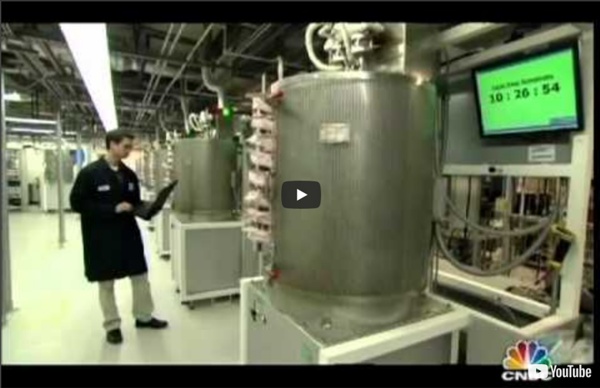 Urban Outfitters' Co-Founder Is Building A College Campus The co-founder of Urban Outfitters is helping to build a new college campus in Pennsylvania where students don't take tests, get assigned homework, or even go to class. Instead, students who enroll in Scott Belair's "Mountaintop Project" will spend an entire semester innovating and dreaming up solutions to the world's problems, The Allentown Morning Call reports. Belair has given Lehigh University a $20 million grant to turn former steel research labs into a satellite campus that will operate like a study abroad program. "There will be no lecture halls and no lectures," Belair, who graduated from Lehigh in 1969, told the newspaper. The school is using Belair's grant to execute his vision within the 120,000 square feet of space inside two factories that once belonged to Bethlehem Steel. "I envision a 24-hour campus with hundreds of students," Belair told the Morning Call. "When I first heard of it I was really nervous, because I wasn't sure about the expectations.

countryside - homesteading - self-reliance - simple life A kilowatt hour seems like a trifling thing. You can consume a kilowatt hour in about 50 minutes with a microwave oven, or five hours with a large television. Over the course of 80 minutes on a treadmill your body can burn a kilowatt hour’s worth of food energyabout four chocolate donuts, or one double cheeseburger. Depending on where you live, it costs more than a quarter or less than a dime. Each year the United States consumes the equivalent of 30,000,000,000,000 kWh of energy, and if your home is tied into the electrical grid, chances are you use up 20 or 30 kWh every day without really having a clear idea of how you do it....

An army of robot baristas could mean the end of Starbucks as we know it Starbucks’ 95,000 baristas have a competitor. It doesn’t need sleep. It’s precise in a way that a human could never be. It doesn’t require health insurance. Don’t think of it as the enemy of baristas, insists Kevin Nater, CEO of the company that has produced this technological marvel. Think of it as the future. Kitchens are just factories we haven’t automated yet Drug delivery mechanisms should be reliable and consistent. In a common area at the University of Texas at Austin, the Briggo coffee kiosk, covered in fake wood paneling and a touch screen and not much else, takes up about as much space as a pair of phone booths. The kiosk at the university is the second version, the one that will be rolling out across the country in locations that are still secret. The Briggo coffee kiosk knows how to make a perfect coffee because it was “trained” by an award-winning barista, Patrick Pierce. It’s 2020, and waiting in line for coffee is about as popular as waiting in line for bread “Stir it up.”

The Wood 103 This page is all about a rather silly, quick project where in about 1 day I built a small wind generator using the following items, and nothing else.... (1) Wood (2) Copper wire (3) Surplus Neodymium magnets (4) Dirt (5) 10" piece of 3/8" steel shaft (6) Two bolts, but these are optional. ...and that's all, unless we count glue, and linseed oil which I used for finishing. Pictured above is one of the magnets I used. Above you can see the armature for the alternator. Pictured above you see the wooden pillow block bearings. The stator, on which the coils are wound was cut from two pieces of 2" X 4" lumber. I dragged a magnet around in the dirt of my driveway, so that it would attract the magnetite sand. The dirt was mixed with epoxy, so that I had a thick paste. The completed alternator! To stay with the "style" of the project I decided to build the whole windmill out of wood, it's a fairly simple design and should be self explanatory. The prop is wooden, made from 1" X 4" lumber.

Silent rooftop wind turbines could generate half of a household's energy needs Small wind turbines scaled to the right size for residential and urban areas have so far lived in the shadows of their larger wind-farm-sized counterparts. The power output has been too low for a reasonable return on investment through energy savings and the noise they produce is louder than most homeowners can deal with. A Dutch renewable energy start-up called The Archimedes is working to solve both of those problems in a new class of small-scale wind turbine -- one that is almost silent and is far more efficient at converting wind into energy. The company states that the Liam F1 turbine could generate 1,500 kWh of energy per year at wind speeds of 5m/s, enough to cover half of an average household's energy use. When used in combination with rooftop solar panels, a house could run off grid. The Liam's blades are shaped like a Nautilus shell. “Generally speaking, there is a difference in pressure in front and behind of the rotor blades of a windmill.

How to build a time machine: Frederic Kaplan at TEDxCaFoscariU Home - A WebsiteBuilder Website Bible scholar claims Christianity invented as part of ancient Roman psy-ops campaign By Travis GettysThursday, October 10, 2013 12:38 EDT The Christian faith is the result of the most successful psy-ops program in history, according to a self-professed American Bible scholar. Joseph Atwill will present his controversial theory Oct. 19 in London that the New Testament was written by first-century Roman aristocrats as part of a sophisticated government project to help pacify Jews in occupied territories. Atwill, author of “Caesar’s Messiah,” claims he’s found ancient confessions by the scriptures’ authors that they invented Jesus Christ and his story as basically a form of propaganda. “Jewish sects in Palestine at the time, who were waiting for a prophesied warrior Messiah, were a constant source of violent insurrection during the first century,” Atwill said. “The biography of Jesus is actually constructed, tip to stern, on prior stories, but especially on the biography of a Roman Caesar,” he says. [Image via Agence France-Presse]

Ruling says Chinese solar panels pose risk to Canadian industry After months of deliberation by two government bodies, a final decision has been released ruling that Chinese solar panels are being dumped into Canada and they could damage the Canadian solar industry. The judgment – issued by the Canadian International Trade Tribunal on Friday – said that dumping and subsidizing of some Chinese-made solar panels have not yet hurt Canadian panel makers, “but are threatening to cause injury to the domestic industry.” That means that provisional duties imposed on some Chinese companies by the Canada Border Services Agency – the other body looking into the case – will be refunded, but tariffs will apply from now on, said lawyer Thomas Timmins of Gowlings in Toronto. The CBSA’s provisional duties, set in March, ranged from 9 per cent to 286 per cent, depending on the specific Chinese manufacturer. The Canadian solar industry has been divided about the imposition of import duties. Mr. Report Typo/Error