Those in and out of the War Zone

The Untold Story of the Vengeful Japanese Attack After the Doolittle Raid. At midday on April 18, 1942, 16 U.S. 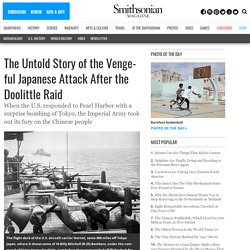 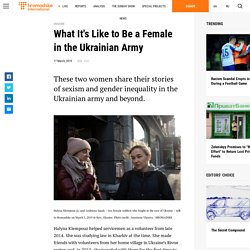 Halyna Klempouz (L) and Andriana Susak – two female soldiers who fought in the east of Ukraine – talk to Hromadske on March 5, 2019 in Kyiv, Ukraine. 'That’s When I Became A Sniper': Ukraine’s Women Vets Describe Their War. As the war in Ukraine smolders on, we sat down with women veterans who recount their experiences fighting to defend their country, and each other. 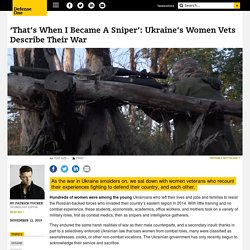 Hundreds of women were among the young Ukrainians who left their lives and jobs and families to resist the Russian-backed forces who invaded their country’s eastern region in 2014. With little training and no combat experience, these students, economists, academics, office workers, and mothers took on a variety of military roles, first as combat medics, then as snipers and intelligence gatherers. They endured the same harsh realities of war as their male counterparts, and a secondary insult: thanks in part to a selectively enforced Ukrainian law that bars women from combat roles, many were classified as seamstresses, cooks, or other non-combat vocations.

The Ukrainian government has only recently begun to acknowledge their service and sacrifice. Human Rights Law and U.S. Military Operations in Foreign Countries: The Prohibition on Arbitrary Deprivation of Life. How exactly does the prohibition on arbitrary deprivation of life—under international human rights law—apply to U.S. military operations conducted in foreign countries? 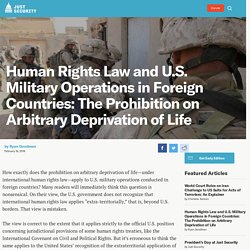 Many readers will immediately think this question is nonsensical. On their view, the U.S. government does not recognize that international human rights law applies “extra-territorially,” that is, beyond U.S. borders. That view is mistaken. The view is correct to the extent that it applies strictly to the official U.S. position concerning jurisdictional provisions of some human rights treaties, like the International Covenant on Civil and Political Rights.

Theonion. Laos: What Lies Beneath - Karen Coates. Scahill & Greenwald: What if All Victims of War Received the Media Attention of Manchester Victims? Are facts about women in war oversimplified? If the international development aid is based on desirable facts rather than actual facts, a lot can go wrong, says gender researcher. 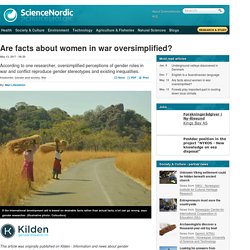 The Importance of Protecting Civilians—Through Law, Strategy, and Tactics. The spate of allegations of civilian deaths as a result of US operations in Iraq, Syria, and Yemen over the last few weeks has garnered significant interest from humanitarian groups around the world, as well as, finally, the United States Congress. 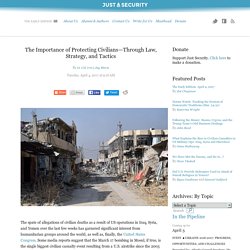 Some media reports suggest that the March 17 bombing in Mosul, if true, is the single biggest civilian casualty event resulting from a U.S. airstrike since the 2003 invasion of Iraq, while multiple other reports question whether possible changes in the rules of engagement led to this overall increase in civilian deaths. The US military, however, says that a) nothing has changed in the rules of engagement; b) all allegations of civilian harm are taken seriously; and c) in war—especially when fought in populated areas—some civilians unfortunately will die. War is hell, there can be no doubt. Log In. The Economic Wreckage The destruction in Yemen could cripple its economy long into the future, and it is unclear how the country will rebuild. 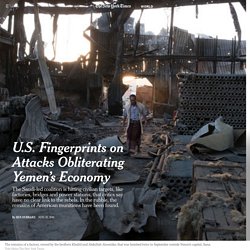 “They have hit many factories on the basis of suspicion, but we never get the real reasons,” said Abdul-Hakeem Al Manj, a lawyer at the Sana Chamber of Commerce and Industry who is helping businesses document the strikes with an eye toward future prosecution. “Any institution that has a big hangar, they hit it directly.”

Syrian City Shown Utterly Destroyed After 5 Years Of War. The Invisible Struggle of Homeless Female Veterans. Not everyone realizes this, but shelters helping homeless or disabled veterans tend to be segregated by gender. 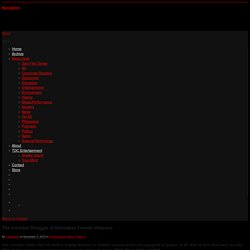 In the State of New York there are only TWO shelters for homeless female veterans outside of New York City. TWO. That’s ONE and ONE. Furthermore, there is a special kind of suffering that goes with being a female veteran. Lauren Dever, Coordinator for the Boston-based Women Veterans Homelessness Program, has commented on the issue, outlining three main features that “are unique to women”: Female Veterans are far more likely than males to be raising a child alone.

In 2012 The Invisible War was released, an award-winning documentary film chronicling the issue of abuse against women in the military. Boko Haram's Young Victims Process Trauma Through Heartbreaking Drawings. The Fallen of World War II - Data-driven documentary about war & peace. Where the Bodies Are Buried - The New Yorker. Jean McConville had just taken a bath when the intruders knocked on the door. 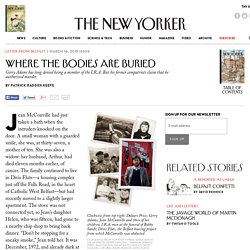 A small woman with a guarded smile, she was, at thirty-seven, a mother of ten. She was also a widow: her husband, Arthur, had died eleven months earlier, of cancer. The Rise of the Child Terrorist. On January 15, a video surfaced on the Internet that depicted a 10-year-old Kazakh boy using a gun to execute two Russian members of the Islamic State of Iraq and al-Sham (ISIS) who had been accused of being spies. 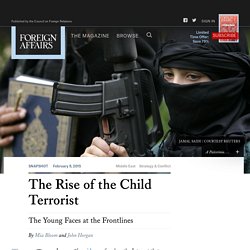 ISIS claimed ownership of the video, although it has not yet been authenticated. Only a few days earlier, twin suicide bombings rocked northern Nigeria, involving three girls, who appeared to have been only 10 years old, all wearing explosives that may have been remotely detonated by members of Boko Haram. The Gatekeepers. The Gatekeepers By Simon Wood "One of the questions asked in that study was, How many Vietnamese casualties would you estimate that there were during the Vietnam war? The average response on the part of Americans today is about 100,000.

The official figure is about two million. The actual figure is probably three to four million. “The truth is unspeakable”: A real American sniper unloads on “American Sniper” Hearing Garett Reppenhagen describe how he felt the first time he shot someone is like listening to an addict talk about his first time injecting heroin. “I leveled my M-4, put him in my iron sights, and took three shots.

One of them hit him center mass and he went down in the middle of the road. I’m a U.S. veteran, and “American Sniper” is rife with lies. After watching the movie “American Sniper,” I called a friend named Garett Reppenhagen who was an American sniper in Iraq. He deployed with a cavalry scout unit from 2004 to 2005 and was stationed near FOB Warhorse. I asked him if he thought this movie really mattered. “Every portrayal of a historical event should be historically accurate,” he explained. ”A movie like this is a cultural symbol that influences the way people remember history and feel about war.”

Garett and I met through our antiwar and veteran support work, which he’s been involved with for almost a decade. He served in Iraq. Human Costs of the Forever Wars, Enough to Fill a Bookshelf. Photo. Massacre at Centralia. Disunion follows the Civil War as it unfolded. By the time Confederate Maj. Gen. Sterling Price invaded Missouri in September 1864, he had earned a reputation for his men’s lack of discipline. (1) What are the top survival tips in a warzone for a fresh recruit? Green Beret Ponders 'Just War' Theory While Shooting Man In Face.

Moral Injury: The Grunts - The Huffington Post. March 18, 2014. The British Military, Operating Death Squads from Belfast to Basra: Terrorizing Civilians is What Occupying Forces Do. The latest no shit story is that “soldiers from an undercover unit used by the British army in Northern Ireland killed unarmed civilians.” Torture on Tape: Disturbing Video Shows U.S. Special Forces Observing Brutal Afghan Interrogation. The Video The United States Army Doesn't Want You To See. 9 Lesser-Known Yet Horrific War Crimes and Atrocities. Report: Many Iraqis Still Holding Petty Grudge About U.S. Invasion. Forced labor of Germans in the Soviet Union. Soviet war crimes. War crimes perpetrated by the armed forces of Soviet Russia and the Soviet Union from 1919 to 1991 include acts allegedly committed by the Red Army (later called the Soviet Army) as well as the NKVD, including the NKVD's Internal Troops. Britain Admits Detention of Afghans Without Charges.

A UK Gitmo? British Defense Secretary Philip Hammond confirmed that between 80 to 90 Afghans have been held for at least 14 months at an army base in Afghanistan -- without being charged. Combat Deaths Now Considered ‘Acts of Allah’ — No Longer Covered By Life Insurance. Wikileaks: Civilians gunned down at checkpoints. Iraq War's Missing Prisoners: Families Search For 16,000 Unaccounted Who May Be Held In Secret Prisons. 16,000 Iraq War prisoners still unaccounted for. How “Equality” in the Military Leads to Gross Inequality. Women in the military by country. Have we really learned the lessons of Vietnam? Using War as Cover to Target Journalists. 8-Year-Old Palestinian Boy Pleasantly Surprised He Hasn't Been Killed Yet. American bombing of Iraq left legacy of deformed babies: Siddiqui.