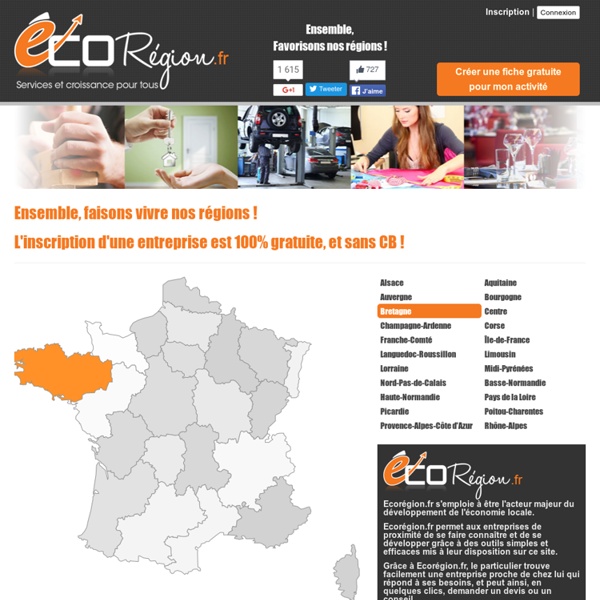 Harmony Org Seeds of a revolution Two years ago, Bhausaheb Thorat launched a campaign to turn a drought-stricken region into a lush forest. Huned Contractor traces his journey Every year since June 2006, 45 million seeds and saplings are planted in Sangamner tehsil (a group of villages), 200 km from Mumbai, to transform arid zones into green carpets. Behind the geographical metamorphosis lies the zeal of 84 year-old conservationist Bhausaheb Santuji Thorat. According to myth, Dandakaranya was an arid, dry land that sage Agastya turned into a green haven through a massive tree plantation drive. THE IDEA Thorat was inspired to go green in 2005 after reading The Man Who Planted Trees, an allegorical tale by Jean Giono about Elzeard Bouffier, a native of the Alps. For Thorat, leadership comes naturally.

Urban Green Council report: How New York City could cut emissions by 90 percent by 2050 Photo by Mario Tama/Getty Images Climate scientists have estimated that, in order to avoid runaway global warming, the world would need to cut its carbon emissions roughly in half by 2050. Since emissions in developing countries like China and India are still rising fast, meeting this target would require developed nations to aim for a figure more like 80 percent. When you consider that the United States, the largest polluter in the developed world, has no real strategy in place to achieve that—and that no binding international agreements appear to be on the horizon—the goal can start to sound nigh impossible. The task is so intimidating that even serious people are starting to entertain extreme-sounding geoengineering ideas like flying business jets into the stratosphere and spraying sulfuric acid all over the place to try to deflect sunlight before it reaches the Earth. To get those emissions under control will require three main steps, all difficult but none inconceivable.

TreeHugger iFixit/CC BY-ND 3.0People are talking a lot about cell phone unlocking in the news this week. Until recently, unlocking mostly flew under the radar—a common technique used by consumers who need to use their phones with more than one carrier. But late last year the Librarian of Congress banned the practice, catapulting cell phone unlocking into the national spotlight. Unlocking is a software tweak that disables a device’s SIM lock. Immediately after the ban took effect on January 26, the internet lit up in protest. On Monday, the fervor prompted a White House response. “It's common sense, crucial for protecting consumer choice, and important for ensuring we continue to have the vibrant, competitive wireless market that delivers innovative products and solid service to meet consumers' needs,” wrote R. Swapping old phones is a common practice; just this week my brother borrowed an old phone from me after his failed. Cell phones and the environment How can unlocking help?

Fix the planet The problem with e-waste ¶ What is e-waste? ¶ Many people don't know that electronics have all kinds of nasty chemicals in them. For example, the glass in a typical CRT has about ten pounds of lead in it. Most flat panel displays contain significant amounts of mercury. What happens to e-waste? To recycle electronics properly, you must carefully disassemble them and separate out each type of material. Why? From UNEP/GRID-Arendal Maps and Graphics Library But labor is cheap in the developing world. The United Nations Environmental program explains this process: "In many countries entire communities, including children, earn their livelihoods by scavenging metals, glass and plastic from old computers. How you can save the planet ¶ Use devices as long as possible ¶ Maintaining and repairing devices dramatically improves their usable lifespan. You have a responsibility to humanity to keep things working as long as possible and to dispose of them properly. Join the crusade ¶

Panarchy Panarchy What is Panarchy? Panarchy is a conceptual framework to account for the dual, and seemingly contradictory, characteristics of all complex systems – stability and change. It is the study of how economic growth and human development depend on ecosystems and institutions, and how they interact. It is an integrative framework, bringing together ecological, economic and social models of change and stability, to account for the complex interactions among both these different areas, and different scale levels (see Scale Levels). Panarchy’s focus is on management of regional ecosystems, defined in terms of catchments, but it deals with the impact of lower, smaller, faster changing scale levels, as well as the larger, slower supra-regional and global levels. The development of the panarchy framework evolved out of experiences where “expert” attempts to manage regional ecosystems often resulted in considerable degradation of those ecosystems (Gunderson and Holling, 2002). Adaptive Cycles

Meghalaya villagers create 'living' bridges by training roots across a river By Daily Mail Reporter Updated: 15:35 GMT, 10 September 2011 Deep in the rainforests of the Indian state of Meghalaya, bridges are not built, they’re grown. Ancient vines and roots of trees stretch horizontally across rivers and streams, creating a solid latticework structure strong enough to be used as a bridge. Ancient solution: The 'double decker' living tree root bridge in the village of Nongriat in Meghalaya, India. Locals have been using the bridges for over 500 years Some of the bridges are over a hundred feet long and can support the weight of fifty or more people. The Cherrapunji region is one of the wettest places in the world with many fast-flowing rivers and streams, making these bridges invaluable to those who live in the region. Nature's incredible engineering: Some of the bridges can hold more than 50 people at a time. Interwoven: A close up of the solid lattice work that makes the bridges so strong. In time, a sturdy living bridge is produced.