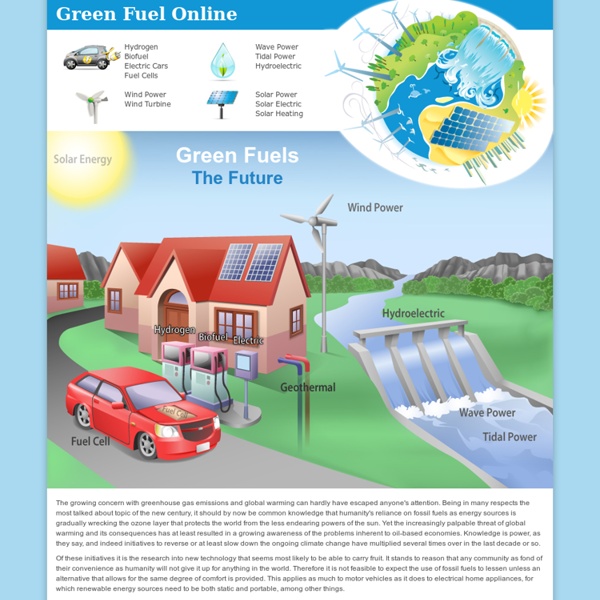 The growing concern with greenhouse gas emissions and global warming can hardly have escaped anyone's attention. Being in many respects the most talked about topic of the new century, it should by now be common knowledge that humanity's reliance on fossil fuels as energy sources is gradually wrecking the ozone layer that protects the world from the less endearing powers of the sun. Yet the increasingly palpable threat of global warming and its consequences has at least resulted in a growing awareness of the problems inherent to oil-based economies. Knowledge is power, as they say, and indeed initiatives to reverse or at least slow down the ongoing climate change have multiplied several times over in the last decade or so. Of these initiatives it is the research into new technology that seems most likely to be able to carry fruit. It stands to reason that any community as fond of their convenience as humanity will not give it up for anything in the world.

No joke: This is the biggest battery breakthrough ever A pioneer in battery research who already successfully launched a $350 million company to supply batteries to the likes of GE and Chrysler has done it again — only this time, "it" represents the complete reinvention of battery technology as we know it. This technology is in the research phase, but if it can be cost-effectively brought to market — and there's every reason to believe that it could be — it could revolutionize the way we store and transport energy, in the process fully replacing fossil fuels and especially oil. The key to this new technology is that the metals that would normally be solids in a conventional battery have been broken into nano-size particles that are suspended in a liquid. The batteries, known as "semi-solid flow cells," store their power in a black gunk that looks like motor oil, which has earned it the nickname "Cambridge Crude."

How to Make Inexpensive DIY Home-Built Solar Panels with Damaged Solar Cells from Ebay Mike Davis is an astronomer. To practice his hobby away from the light pollution of cities, he bought some land in a remote part of Arizona. But there was a problem: No electricity. But he's a resourceful fellow. Scientists Develop Affordable Solar Panels That Work In The Dark It's about damn time, don't you think? Scientists at Lawrence Berkeley National Laboratory announced Wednesday that they have been able to confirm a new high-efficiency solar cell design that utilizes nearly the entire solar spectrum. Translation: They figured out a way to make solar panels generate electricity in the dark. CleanTechnica says , In earlier trials, the researchers used different alloys that achieved full spectrum responses but involved very high production costs. The advantage of gallium arsenide nitride is that it is very similar to a conventional semiconductor, gallium arsenide, and it can be produced with a commonly used fabrication method involving chemical vapor deposition.

Physics Flash Animations We have been increasingly using Flash animations for illustrating Physics content. This page provides access to those animations which may be of general interest. The animations will appear in a separate window. The animations are sorted by category, and the file size of each animation is included in the listing. Also included is the minimum version of the Flash player that is required; the player is available free from The categories are: blog  – Golden Ratio in logo designs Golden Ratio in logo designs. Beauty and aesthetics have been praised from time immemorial. But little did people know that the most effective, perfectly balanced, and visually compelling creations followed the tid-bits of mathematics. At least not until 1860, when German physicist and psychologist Gustav Theodor Fechner proposed that a simple ratio, an irrational number defines the balance in nature. The Golden Ratio! Fechner’s experiment was simple: ten rectangles varying in their length-to-width ratios were placed in front of a subject, who was asked to select the most pleasing one.

MIT Creates New Energy Source This is some pretty exciting news. It seems that researchers at the Massachusetts Institute of Technology (MIT), one of the most prestigious science and engineering schools in the United States, has created a new energy source -- and it's clean and renewable. The odd thing is that the only way you can see this energy source is with a very powerful microscope, because it is created by using nanotechnology. For a few years now, we have been hearing about the possibilities offered by the new field of nanotechnology. Welcome to The Sietch - Projects Build Your Own Solar Battery Charger First we need an old window, I got mine from a construction site. Its your basic old nasty basement window. Make sure you wash both sides of the glass well with soap and water and window cleaner, more dust means less light gets through to your solar cells. Next take your multi-meter and sit in a sunny spot (or under a flood lamp) and check all your cells to make sure they get about .5 volts per cell.

Geothermal Installation by the Numbers in Pennsylvania A lot of friends and neighbors ask why we switched to geothermal; here is the answer to that question by the numbers. All numbers used are verified averages, they are not estimates. In August of 2009 we installed a 5 ton geothermal heating and cooling system to replace our propane furnace and central air conditioner. 6 Habits of True Strategic Thinkers In the beginning, there was just you and your partners. You did every job. You coded, you met with investors, you emptied the trash and phoned in the midnight pizza. Solar Thermal Technology for solar hot water, solar building hea Solar thermal is a technology designed to harness sunlight for its thermal energy (heat). This heat is often used for heating water used in homes, businesses, swimming pools, and for heating the insides of buildings (space heating). In order to heat water using sunlight, a solar thermal collector heats a fluid that is pumped through it. As the fluid is pumped through the collector, the fluid becomes heated.

Our 13 Best Recipes For Pomegranates Pomegranates have been savored in the Middle East for centuries , and today they're finally getting their due in the West. It's no wonder the secret's out: the ruby-colored fruits have a distinctly tart flavor that pops in both sweet and savory dishes. (Plus, they're good for you, brimming with healthy antioxidants , vitamins, potassium, folic acid and even iron.) De-seeding a pomegranate takes some time and skill, but the effort is worth it. Once you've got your pomegranate seeds (or arils, as they're technically known) -- or just buy the seeds in packets -- you can make any of the recipes from around the web in the slideshow below. What's your favorite way to use pomegranates?