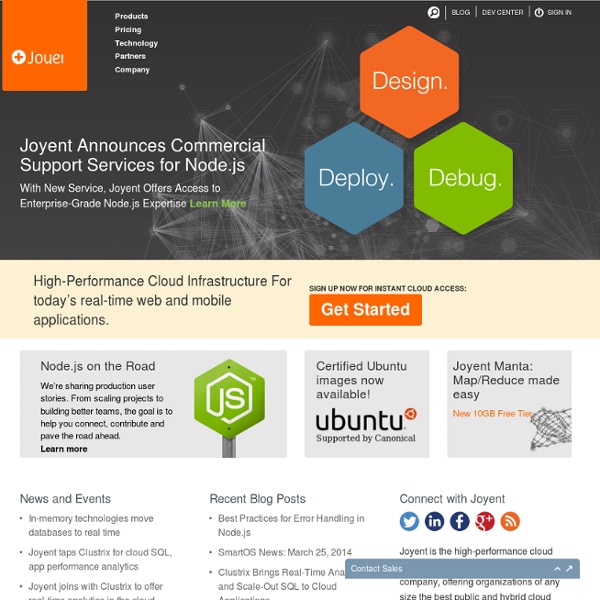 Main Page - GlusterDocumentation Elegant Code Explaining What Action<> And Func<> Are « Making the Complex Simple In C#, Action and Func are extremely useful tools for reducing duplication in code and decreasing coupling. It is a shame that many developers shy away from them because they don’t really understand them. Adding Action and Func to your toolbox is a very important step in improving your C# code. It’s not really that hard to understand what they do and how to use them, it just takes a little patience… A simple way of thinking about Action<> Most of us are pretty familiar with finding sections of repeated code, pulling that code out into a method and making that method take parameters to represent the differences. Here is a small example, which should look pretty familiar: Each one of these methods pretty much does the same thing. It is a simple and common refactor to refactor that code to: Much better, now we aren’t repeating the “actions” in 3 different methods. Now let’s imagine we want to do something more than steam. Probably we will have to add some new methods for doing that.

On the Importance of Purity The benefits of advanced programmings languages are sometimes difficult to grasp for everyday programmers. The features of such languages and how they relate to industrial software development are sometimes hard to understand, especially since the arguments are couched in terms such as "referential transparency", "totality", "side-effect-free", "monads", "non-determinism", "strong static typing", "algebraic data types", "higher-order functions", "laziness/call-by-need", and so on. Many of these features are attributed to "pure" languages, but purity is also a nebulous concept. I will explain the importance of a number of these features and how they impact the everyday programmer's life. The Benefits of Referential Transparency Referential transparency (RT) is a simple principle with profound consequences. This may not sound very significant, but permitting functions which are notRT is literally a nightmare for software developers. The Benefits of Determinism The Benefits of Totality