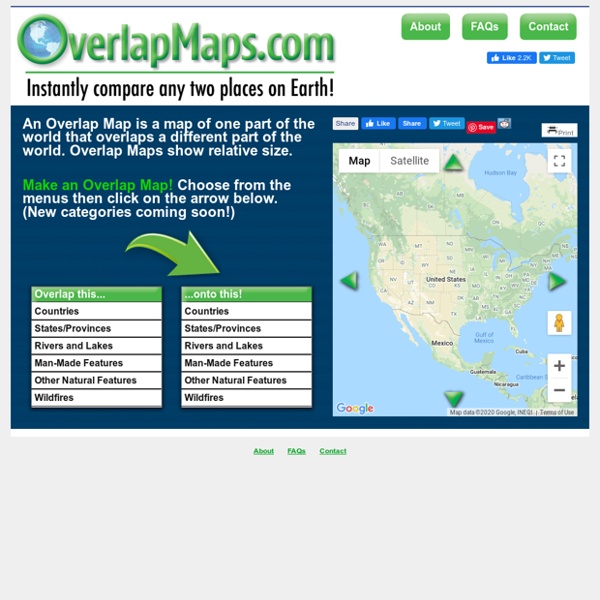 Australia's latitude and longitude coordinates out by more than 1.5 metres, scientists say Posted The continent of Australia is on the move and experts at Geoscience Australia are trying to keep up. A team of scientists is about to recalculate the nation's latitude and longitude coordinates, which are currently out by more than 1.5 metres. It will improve the accuracy of all spatial information across the nation for a myriad of services including transportation, personal navigation and surveying. The framework currently in use, known as the Geocentric Datum of Australia, was last updated in 1994.

The City of London Commute Here’s a graphic I’ve made by taking a number of screenshots of DataShine Commute graphics, showing the different methods of travelling to work in the City of London, that is, the Square Mile area at the heart of London where hundreds of thousands and financial and other employees work. All the maps are to the same scale and the thickness of the commuting blue lines, which represent the volume of commuters travelling between each home area and the City, are directly comparable across the maps (allowing for the fact that the translucent lines are superimposed on each other in many areas). I have superimposed the outline of the Greater London Authority area, of which the City of London is just a small part at the centre.

10 Good Resources for Geography Awareness Week This week is Geography Awareness Week. As academically-themed weeks go, this ons is my favorite. For as long as I can remember I have enjoyed looking at maps and wondering about far-off places. I hope that I've be able to pass on that fascination to some of my students. If you're looking for some resources to use this week, take a look at my list below. Compare Spain To Austria With its 8,223,062 people, Austria is the 94th largest country in the world by population. It is the 114th largest country in the world by area with 83,871 square kilometers. Once the center of power for the large Austro-Hungarian Empire, Austria was reduced to a small republic after its defeat in World War I. Following annexation by Nazi Germany in 1938 and subsequent occupation by the victorious Allies in 1945, Austria's status remained unclear for a decade. A State Treaty signed in 1955 ended the occupation, recognized Austria's independence, and forbade unification with Germany.

European word translator: an interactive map showing "example" in over 30 languages Enter one or two lower-case English words to see translations from Google Translate. This site is a personal side project. I had planned to take it offline by the end of 2017, but have received several encouraging messages asking if it can be kept online—many thanks. My current plan is to keep it going for at least a couple more years. - J Sydney population growth necessitates three '30-minute cities', Lucy Turnbull says By Justine Kearney Updated Sydney must be "reimagined" as three great cities for its growth to be successful, according to Greater Sydney Commission chief Lucy Turnbull.

Capital Toss: Capital Cities ABCya is the leader in free educational computer games and mobile apps for kids. The innovation of a grade school teacher, ABCya is an award-winning destination for elementary students that offers hundreds of fun, engaging learning activities. Millions of kids, parents, and teachers visit ABCya.com each month, playing over 1 billion games last year. Australia’s urban boom: the latest evidence Sometime over the next three months, Sydney’s population will reach five million. If Melbourne keeps growing at its current pace, by 2020 it too will have five million residents – and it won’t stay that size for long. New figures published by the Bureau of Statistics last week estimate that in just five years to mid 2015, the number of people living in Melbourne grew by more than 10 per cent.