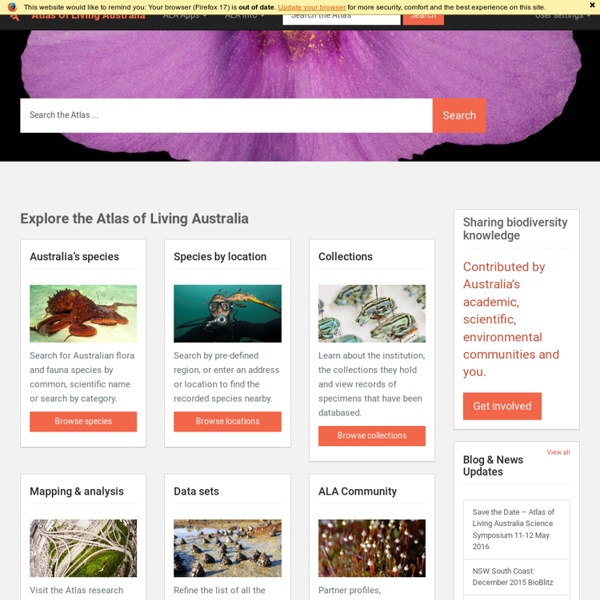 Replication vs Transcription Cell division is essential for an organism to grow, but when a cell divides it must replicate the DNA in its genome so that the two daughter cells have the same genetic information as their parent. DNA provides a simple mechanism for replication. In transcription, or RNA synthesis, the codons of a gene are copied into messenger RNA by RNA polymerase. As opposed to DNA replication, transcription results in an RNA complement that includes uracil (U) in all instances where thymine (T) would have occurred in a DNA complement. Share this comparison: If you read this far, you should follow us:

Birds in Tasmania Cooks River - Royal Botanic Gardens & Domain Trust - Sydney, Australia Original vegetation communities in the Cooks River Valley. Cooks River runs into the northern side of Botany Bay. It is shown on Cook's map, evidence that he explored it for some distance, but it was not until the First Fleet's brief stay in 1788 that Governor Phillip and some of the officers explored the River at the NW side of the bay which we went up for about 6 miles, finding the Country low & boggy, & no appearance of fresh water ... An arm of the sea was the succinct description used by Lieutenant William Bradley of the Sirius when he charted the course of the river in December 1789. The once-extensive estuary of the Cooks River, with its meandering channel and mudflats and mangroves, has now been totally obliterated by the runways of Sydney Airport. The river now reaches Botany Bay along a concrete channel that diverts its course through the sandy shoreline to join Botany Bay west of its original mouth. Cooks River - species list

DNA vs RNA DNA, or deoxyribonucleic acid, is like a blueprint of biological guidelines that a living organism must follow to exist and remain functional. RNA, or ribonucleic acid, helps carry out this blueprint's guidelines. Of the two, RNA is more versatile than DNA, capable of performing numerous, diverse tasks in an organism, but DNA is more stable and holds more complex information for longer periods of time. Structure DNA and RNA are nucleic acids. Structural differences between DNA and RNA. DNA is found in the nucleus of a cell (nuclear DNA) and in mitochondria (mitochondrial DNA). During transcription, RNA, a single-stranded, linear molecule, is formed. RNA folding in on itself into a hairpin loop. In both molecules, the nucleobases are attached to their sugar-phosphate backbone. In RNA, adenine and uracil (not thymine) link together, while cytosine still links to guanine. Function Genes are found in small segments of long DNA strands; humans have around 19,000 genes. Recent News References

How to Tell Stories with Maps School of Data has published a good round-up of narrative mapping platforms. The article includes a few examples of good story maps and explores some of the mapping libraries which can be used to create interactive maps to annotate or narrate a story. Seven Ways to Create a Storymap reviews popular narrative mapping libraries such as Knight Lab's StoryMap JS, Esri StoryMaps and CartoDB's Odyssey.js. It even mentions my own story map demo created using waypoints.js with Leaflet, JourneyMap. One of the examples listed in the School of Data article is new to me. The LeafletPlayback library provides a great way for developers to animate a journey on a map.

Chinese Doss House Eukaryotic Cell vs Prokaryotic Cell The distinction between prokaryotes and eukaryotes is considered to be the most important distinction among groups of organisms. Eukaryotic cells contain membrane-bound organelles, such as the nucleus, while prokaryotic cells do not. Differences in cellular structure of prokaryotes and eukaryotes include the presence of mitochondria and chloroplasts, the cell wall, and the structure of chromosomal DNA. Prokaryotes were the only form of life on Earth for millions of years until more complicated eukaryotic cells came into being through the process of evolution. Definition of eukaryotes and prokaryotes Prokaryotes (pro-KAR-ee-ot-es) (from Old Greek pro- before + karyon nut or kernel, referring to the cell nucleus, + suffix -otos, pl. Eukaryotes (IPA: [juːˈkæɹɪɒt]) are organisms whose cells are organized into complex structures by internal membranes and a cytoskeleton. Differences Between Eukaryotic and Prokaryotic Cells References Share this comparison:

Lochiel Park - Australia's Model Green Village is here Lochiel Park is an important element in the implementation of the State Government’s Strategic Plan and is specifically aligned with the following objective: "South Australia should reduce its greenhouse gas emissions and begin preparing its economy and society for climate change and a carbon constrained world." Lochiel Park is just 8 kilometres from the Adelaide Central Business District alongside the River Torrens in the suburb of Campbelltown. Lochiel Park’s Ecologically Sustainable Development (ESD) technologies include energy efficient building design, solar energy systems, a recycled water system and the effective management of waste to minimise the impact on the environment. Now complete, Lochiel Park comprises 100 homes showcasing leading edge design principles. Lochiel Park provides a new way of living for South Australians and is an example of South Australia's Strategic Plan in action. Location Plan of Lochiel Park (PDF) Lochiel Park Master Plan (PDF) Back to top ^

Universities accused of milking foreign students There are concerns universities were enrolling students with poor English who then receive scant language help. Picture: Renee Nowytarger. Source: The Daily Telegraph AUSTRALIA's university sector faces fresh complaints that it treats international students as "cash cows" after Victoria's Ombudsman warned that universities appear too focused on fee-revenue. A report tabled in Victoria's parliament yesterday cited concerns universities were enrolling fee-paying students with poor English skills who then receive insufficient language support. It also warned that bribery, including an instance where a female student offered an academic sexual favours after failing a subject, may be a bigger problem than the sector accepts. It reported academics complaining that they come under pressure to drop standards to pass struggling international students. But universities complained the report was unrepresentative, with its evidence based on just 62 interviews.

Poison Fire (2008) The Niger Delta is an environmental disaster zone after fifty years of oil exploitation. One and a half million tons of crude oil has been spilled into the creeks, farms and forests, the equivalent to 50 Exxon Valdez disasters, one per year. Natural gas contained in the crude oil is not being collected, but burnt off in gas flares, burning day and night for decades. The flaring produces as much greenhouse gases as 18 million cars and emits toxic and carcinogenic substances in the midst of densely populated areas. Poison Fire follows a team of local activists as they gather video testimonies from communities on the impact of oils spills and gas flaring. We see creeks full of crude oil, devastated mangrove forests, wellheads that has been leaking gas and oil for months. We also meet meet with Jonah Gbemre, who took Shell to court over the gas flaring in his village and won a surprise victory in the court. Ifie Lott travels to the Netherlands to attend Shell's Annual General Meeting.