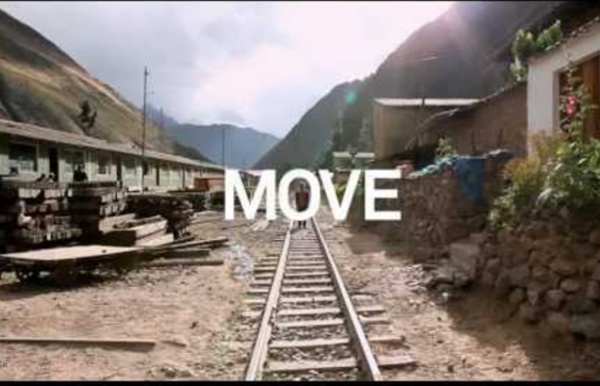 Refugee kids adapt to Australia 00:00:00:00NATHAN BAZLEY:Australia is known as a multicultural country because people from all over the world come here to live. For refugees who now call Australia home it's a fresh start, but it's also a big adjustment. Matt takes a look at a program helping a group of African boys to find their feet.00:00:20:17MATTHEW HOLBROOK:If heights aren't your thing, look away now. This might look like great fun to you or maybe the idea of leaping into nothing scares you silly. But for this group of African teens it's teaching them a pretty valuable skill - trust.00:00:42:09BOY:Moses, you can do it!

Hidden flavours of Paris Want to savour the French capital's best steaks, freshest baguettes, most welcoming bars and secret street markets? Discover the hidden gems of Paris' food scene with the help of the experts. The article, taken from an edition of Lonely Planet Traveller magazine, shows you how. The secret patisserie - Gérard Mulot

A4 papercuts by Peter Callesen - StumbleUpon Peter Callesen creates amazing paper cuts that tell a story, not only he assembles the cutted paper into mini-sculptures, but he also uses the cutted space to show something. Aral Sea A man made environmental disaster has left a once-great sea dry, the land polluted, and the locals inundated with disease. The destruction of the Aral Sea is a strange legacy of the US Civil War, when the US cut off cotton exports to the outside world. In Russia, the decision was made to irrigate land in the recently assimilated central Asian countries and develop their own cotton industry. At the time, the Aral Sea was the world's fourth largest inland sea. By 1937, the area had successfully become a major exporter of cotton with little impact on the natural environment. But starting in the 1950s, aggressive Soviet irrigation projects stemming from the Aral Sea started to have an adverse impact.

American Crafts Studio Blog: Rainbow Quilt Clock Tutorial by Corrie Jones Corrie Jones is going to show us in a step-by-step photo tutorial how to create this amazing rainbow quilt clock: Rainbow Quilt Clock by Corrie Jones Here is the inspiration for Corrie's project - it's a quilt from Sew Yeah's etsy shop: Facts: Water Water 1 in 10 people lack access to safe water Sanitation 1 in 3 people lack access to a toilet Women & Children D.I.Y Tutorials from ScrapHacker.com Neon Renewal – 5 D.I.Y ideas Posted by ScrapHacker.com on mars 12, 2012 · 3 Comments Let a dash of D.I.Y neon spruce up your spring. I’ve gathered 5 doable examples to inspire some neon renewal and revamping of an old pair of shoes, a clutch, a purse, some glass bottles and your hallway mirror. Link to tutorials under each pic – Enjoy!

8 Things Everybody Ought to Know About Concentrating - StumbleUpon “Music helps me concentrate,” Mike said to me glancing briefly over his shoulder. Mike was in his room writing a paper for his U.S. History class. Water & Sanitation Clean water saves lives. Water is life. When water is unsafe and sanitation non-existent, water can kill. Globally, waterborne illnesses are a leading cause of death for children under five, killing nearly 1,000 children every day. UNICEF works in more than 100 countries to improve access to safe water and sanitation facilities. Whether by restoring access to clean water after a disaster or promoting safe hygiene practices in schools and communities, UNICEF is on the ground helping children in need.