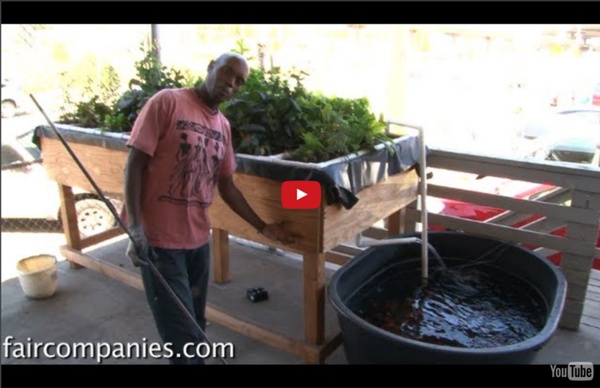 Wild and harnessed, Eel River a vital, troubled North Coast watershed Jerry Albright, a kayaker and former rafting guide, was captivated by the main stem of the Eel on his first run from Hearst to Outlet Creek in Mendocino County in the 1980s. “I just kept coming back,” he said. He ultimately settled into retirement at home in Hearst with 100 feet of riverfront on the back of his property. “We can look out the window and see river otters, ducks and deer,” he said. Albright also can launch his kayak any day he wants, and in 2008 he and a friend paddled from the base of Scott Dam to the ocean in seven days.

Lasagna Garden - How to Make a Lasagna Garden Lasagna gardening is a no-dig, no-till organic gardening method that results in rich, fluffy soil with very little work from the gardener. The name "lasagna gardening" has nothing to do with what you'll be growing in this garden. It refers to the method of building the garden, which is, essentially, adding layers of organic materials that will “cook down” over time, resulting in rich, fluffy soil that will help your plants thrive.

New evidence that comets could have seeded life on Earth (Phys.org) —It's among the most ancient of questions: What are the origins of life on Earth? A new experiment simulating conditions in deep space reveals that the complex building blocks of life could have been created on icy interplanetary dust and then carried to Earth, jump-starting life. Chemists from the University of California, Berkeley, and the University of Hawaii, Manoa, showed that conditions in space are capable of creating complex dipeptides – linked pairs of amino acids – that are essential building blocks shared by all living things. The discovery opens the door to the possibility that these molecules were brought to Earth aboard a comet or possibly meteorites, catalyzing the formation of proteins (polypeptides), enzymes and even more complex molecules, such as sugars, that are necessary for life. Explore further: NASA funds instrument to probe life on Mars

Mars impact: The red planet may get hit by a comet in October 2014. Image credit: Mars: NASA/JPL/MSSS; Comet Halley: Hale Observatory; composite: Phil Plait In case you just can’t get enough impact news, it looks like Mars may actually get hit by a comet in 2014! As it stands right now, the chance of a direct impact are small, but it’s likely Mars will get pelted by the debris associated with the comet. A Nation on the Brink Two Cornell instructors brought their college course to the inmates at the Auburn Correctional Facility, a maximum-security prison, in upstate New York. They were accustomed to pre-med types; they found philosophers. It’s the first day of class, and we—a couple of instructors from Cornell—sit around a table with a few of our students as the rest trickle in. Anderson, one of the students seated across from us, smiles and says, “I’m going to get an A+ in your class.”

A Permaculture Design Course Handbook One of the great things about Permaculture is that there is no set definition for Permaculture. This gives us the freedom to personalize Permaculture for our own journey within the realm of co-creating with the planet and our local communities. I encourage all my students to frame their own definition so they can begin to teach others about this philosophy and course of action. The definition is a bit wordy, I know, but it serves to try and shorten what I really believe is the reformation of culture. Not easy to describe how to go from a Insta-culture to a Permaculture, that is a culture based on Permanence, in two sentences. But basically it takes the idea of the triple bottom line which is reflective of the ethics of Permaculture and combines with our mimicking of nature to produce outputs of quality.