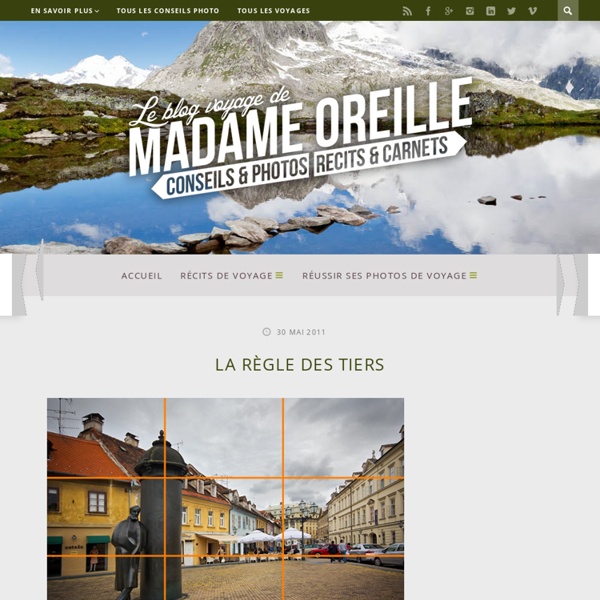 Free Pattern Month Day 21 - Very Purple Person: Scalloped Hat Pattern Boy, do I have a great pattern for your next summer escapade. Please welcome the most adorable Novita from Very Purple Person and her Scalloped Hat Pattern. I found Novita's blog oh-so-long ago. The Lomography Petzval Portrait Lens by Lomography The new Lomography Petzval Lens works using a traditional Waterhouse aperture system. With this design, your lens comes with a set of stops (also known as diaphragms). Each diaphragm is drilled with a hole of a different size; these sizes correspond to the f-stop or aperture. So if you’d like to shoot with f/4 aperture, you select the f/4 diaphragm and insert it into the aperture slot of your lens; if you’d like to shoot with a f/11 aperture, you select the f/11 diaphragm and so on. Here are the aperture options for the Lomography Petzval lens:

Photos of Diet Wiegman's Mind-Blowing Shadow Sculptures Voted “The Most Brilliant Artist of the Netherlands” in 2009, Dutch artist Diet Wiegman is a master of his craft. But of all the amazing creations he has to his name, his work with light and shadow is most breathtaking. Using garbage, pieces of glass and other rubble, he creates a sculpture that, with the help of a light source, projects a beautiful image onto a wall. You can stare at the photos for a very long time (trust us, we have) and it still won’t make sense that a carefully arranged pile of recycled items can produce Michelangelo’s David. Or that a pile of broken glass and a few other items can somehow produce a beautiful image of a sunset. Although we have cause to be jealous of Wiegman’s work, it’s worth keeping in mind that he’s been doing this for a while.

Check Out the Canon 70D's Dual Pixel AF Technology In Action At the beginning of the week, Canon introduced the latest and greatest addition to its APS-C lineup of DSLRs when it debuted the Canon EOS 70D. In addition to the standard specs you would expect to find in any of Canon’s APS-C cameras (the company has gotten some grief lately regarding its lack of innovation) the 70D packed one very impressive improvement. The 20.2-megapixel Canon-designed sensor inside features something called “Dual Pixel CMOS AF”: a new autofocus system that promises to vastly improve the speed of Canon’s live view and video AF capabilities. And now, we get to see it in action. The videos above and below come courtesy of Polish website Optyczne, and in them, they test out the 70D’s Single and Servo AF abilities in live view using both an EF-S 18-135mm f/3.5-5.6 IS STM and EF 100mm f/2.8L IS macro lens. At the top we have the single AF test using the STM lens, below the servo test:

SAP Jam : Enterprise Social Headed ? Posted February 7, 2014 By Ann AllFeedback The goal for SAP Jam enterprise social networking software is not just to boost collaboration but to make it easier for business people to find the right people, data and processes to do their jobs. Enterprise collaboration has been on many business wish lists for a long time. But it is proving to be an unusually tough nut to crack. Iconic Photographer René Burri On Six of His Best-Known Photographs Swiss photographer René Burri has had the opportunity to photograph some of history’s most famous personalities. His photograph of Che Guevara smoking a cigar in his office in Cuba has become nothing short of iconic, and by a fortunate turn of events, he even met and photographed Pablo Picasso. The video above is a short interview with Burri in which he tells the stories behind six of his best-known images, including the photos of Guevara and Picasso. The interview was put together by the men’s magazine PORT, and in addition to the Guevara and Picasso portraits, Burri also talks about his “Men on a Rooftop” photo from São Paolo, a photo of the San Cristobal Stables in Mexico City, the reopening of the Suez Canal in 1974 and a photo of some American G.I.s at a brothel in Seoul.

complex adaptive leadership Complex adaptive leadership (CAL) is a complementary approach to leadership based on a polyarchic assumption (i.e. leadership of the many by the many), rather than based on an oligarchic assumption (i.e. leadership of the many by the few). Leadership in this theory is seen as a complex dynamic involving all, rather than only a role or attribute within a hierarchy. The theory calls for skills, attributes and roles which are additional to the demands of traditional leadership.[1] The theory draws from complexity science and from complex adaptive systems theory. Origins[edit] Development[edit] The term first appeared in various articles and chapters of books between 2000 and 2010, mainly in articles concerning medical leadership (see articles by: Tatsuo I 2002,[9] Hill et al. 2007,[10] Hanah et al. 2008,[11] Avolio et al. (2008),[12] Ford 2009,[13] and Chadwick 2010[14]).

Maps Track AIDS In The U.S. You can look at AIDS and HIV statistics as numbers in a table, but that doesn't quite tell the story of how one of the deadliest diseases of our time spreads. Here in the United States, infection rates are intimately tied to race, education, geography, and more. So reveals a new interactive map from researchers at Emory University and the data-mappers MapLarge. Three years ago, they teamed up to create AIDSVu, an incredibly granular look at HIV and AIDS diagnoses, updated yearly based on data from the Centers for Disease Control and local health agencies. Today they released an even more detailed version, which gives a sense of HIV and AIDS infection rates in the U.S.

Marfa Girl V magazine, été 2012, l'interview For V77 The Americana issue, Larry Clark shoots the stars of his upcoming film Marfa girl, coming soon to larryclark.com. Here, in an exclusive interview with V, he talks Texas, film, and finding his happy place. The photos are amazing, thanks so much Larry! Where are you calling from? LARRY CLARK I’m calling from the set of my new film called Marfa Girl.